- November 01, 2020
Albert Park was housing subdivision within the suburb of Moonah which is now incorporated into the Glenorchy municipality. The area previously known as Albert Park was established in the mid 1890s.

In 1907 a Methodist church was formed at Moonah with the first service held in the the Anglican Mission Hall near the Derwent Park Railway Station. In 1911 a Sunday School building was erected on Bowen Road which was to become the Albert Park Methodist church.

About the same time that Methodists services began, a report in the Hobart Mercury described the emerging Albert Park settlement. The unregulated development of the subdivision had become somewhat problematic for the municipal authority:

“About 13 years ago the property upon which Albert Park now stands was subdivided by the proprietor into allotments. Roadways running through it were reserved, totalling about three and a half miles in length, marked off simply by the surveyor's pegs, for no attempt was made to "form" these roads. Allotments were sold, buildings were erected and for the resulting traffic there was only the level grassy reserved strips— the future "streets" of Albert Park. And now with, a population of over 200 inhabitants, the "streets" are still in the future, and the present condition of the road deplorable. Drains, even, are still unmade on the majority of them…. in many cases the drainage from the residences is simply led out into the unformed roadways….”.

Albert Park’s chaotic development did not deter the Methodists who saw an opportunity in the new suburb and acquired land on the corner of Hopkins Street and Bowen Road. In 1911 the Daily Post carried a brief report describing the opening of a Sunday school and church on Sunday 17 December 1911:

“The opening of the new Methodist Sunday School at Albert Park took place on Sunday when two services were held, the Rev. W. Vawdon officiating in the afternoon, and Rev. J. Nall in the evening…Notwithstanding the inclemency of the weather, good congregations attended  on both occasions. The new building has been erected at the angle of Park Grove and Bowen road, and presents a neat and attractive appearance. It was announced that regular services would probably be arranged, if desired by the residents, and as the locality Is rather far removed from churches, it is to be hoped advantage will be taken of the opportunity now offered”.

While the Albert Park Methodist church thrived, attempts to extend the original building were less successful. In 1933, a proposal to extend the church along Bowen Road did not go ahead. In 1951 a second proposal was made to build a new church of brick facing Bowen Road and retaining the original church as a “youth centre”. Finally, in 1956, a weatherboard hall was added to the church and in the same year the name of church was changed from Albert Park to Moonah Methodist Church. In 1977 it became the Moonah Uniting Church.

The old Albert Park church closed in the late 1990s however the building remains intact and well preserved. In recent years the church and hall has been used as a dance studio and at the time of writing it has been renovated as the premises for a new business.
* Photographs used in this article were taken by myself. 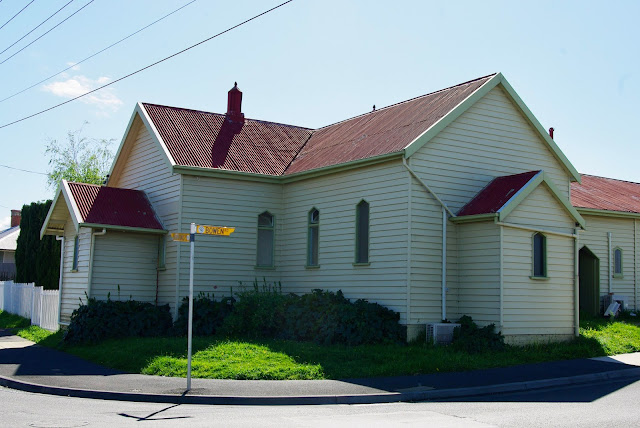 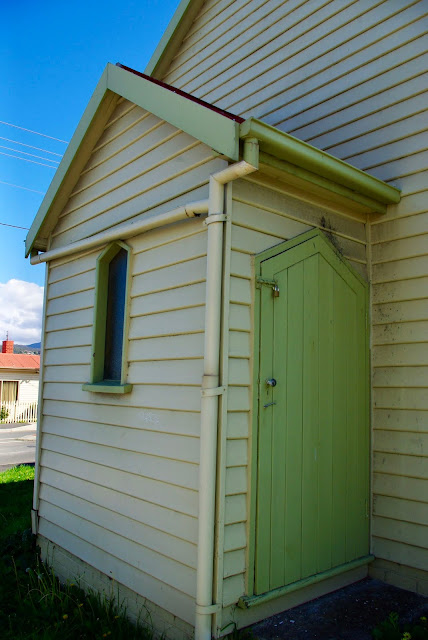 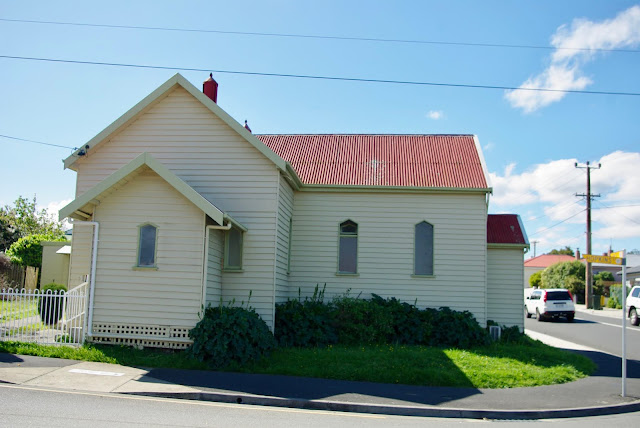 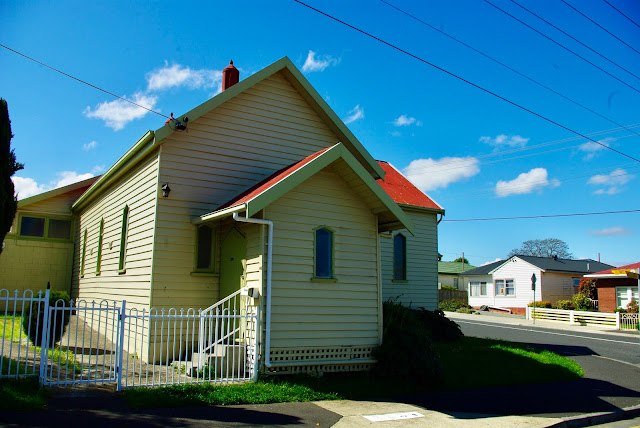 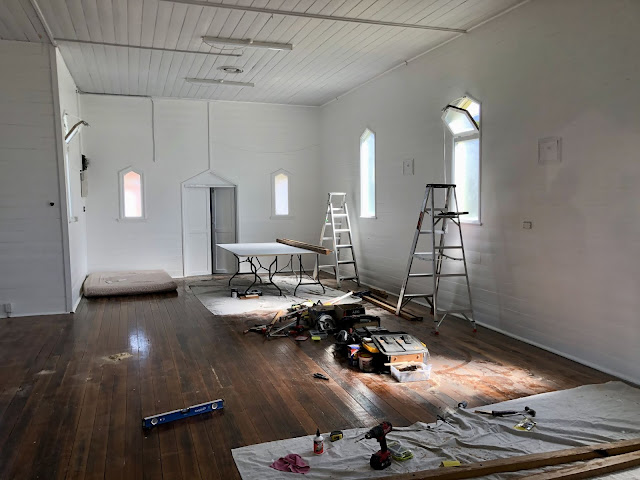 The church and hall have recently been restored. 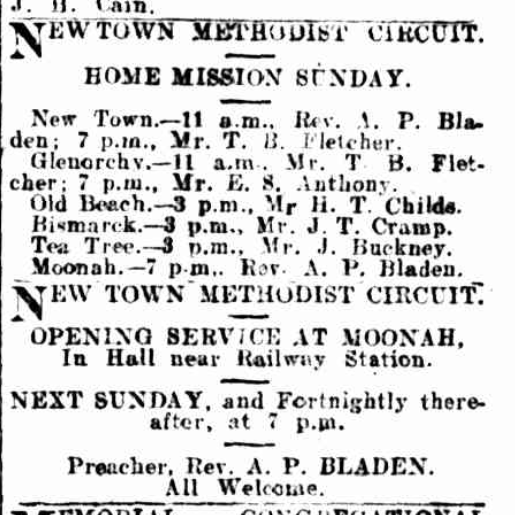