Bellerive is a suburb of the City of Clarence within the area of Greater Hobart. Located on the Eastern shore of the Derwent River, the settlement was originally called Kangaroo Point.

Bellerive’s Uniting Church, previously a Congregational Church, opened in January 1910. This replaced an earlier church built in 1860 close to the original Bellerive State school. Known as the Kangaroo Point Congregational Mission, its purpose was to house Sabbath school classes as well provide a place of worship for supporters of the Congregational community.

The first Congregational services at Kangaroo Point were held in the home of Mr Lane which was also used as a venue for Sunday school.  In 1857 services were held in in the State School until 1859 when a room in the Waterman's Arms was used. For many years Mr Joseph Bealby rowed across the Derwent to conduct Sunday school classes.

The foundation stone for the Mission was laid on Wednesday 18 April 1860 by Henry Hopkins, who is credited with establishing Congregationalism in Australia. The ceremony was reported in the Hobart Town Daily Mercury:

“On Wednesday last an interesting ceremony enlivened the dull hamlet of Kangaroo Point in the laying of the stone for the above school by Henry Hopkins Esq., in the presence of numerous visitors conveyed by the steamboat, which was engaged specially for the occasion. There were present among others, John Forster Esq., the Rev. Messrs. Downes, Day, Miller, and Mr. Giles, missionary from the Huon, Messrs. Joseph Facey, James Salier, R. Giblin, &c.. and the ceremony commenced with a hymn sung by the children, followed by prayer by the Rev. Mr. Miller”.

“Mr. Huxtable then read the Report detailing the rise and progress of the school, which was first established in the year 1841 by Mr. Lane in his own house, and continued by him till 1858, when friends in Hobart Town were applied to for assistance, and the Board of Education granted the use of the public school room. The school was now placed under the charge of Mr. Bealby with about thirty children, and since that time the number has gradually increased until it now amounts to sixty scholars. It having been considered desirable to provide a building for the Mission and Sabbath Schools, Mr. Joseph Dawson has liberally given a sufficient quantity of land for the purpose, and the new structure was inaugurated on Wednesday by the laying of the first stone, subscriptions to the amount of £83 having been promised leaving £147 to be collected. We may notice, also, that the building is intended to be opened for divine service without respect to the minor peculiarities which distinguish different denominations of Christians. Mr. Lane deposited a bottle containing various records, and the whole proceedings terminated to the satisfaction of all present”.

The Mission and Sabbath school was officially opened on Friday 9 November 1860 and followed by a fund-raising ‘Tea Meeting’, which was chaired by Henry Hopkins. No published account of this event appear to have survived.

As Bellerive developed in the latter half of the 19th century, a need arose for a larger church for the growing Congregational community. Exactly 50 years were to pass before a new church eventually replaced the old Mission Hall.

The Mission Hall no longer exists, however an original sandstone wall of the church has survived and is located at the rear of the former Masonic Temple on King Street.  I have yet to locate a photograph or any other image of the Mission. 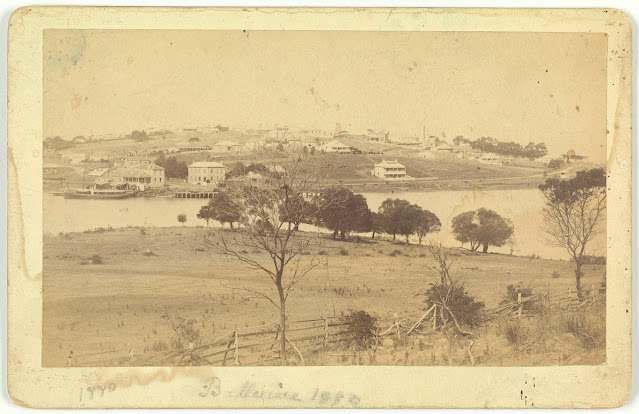 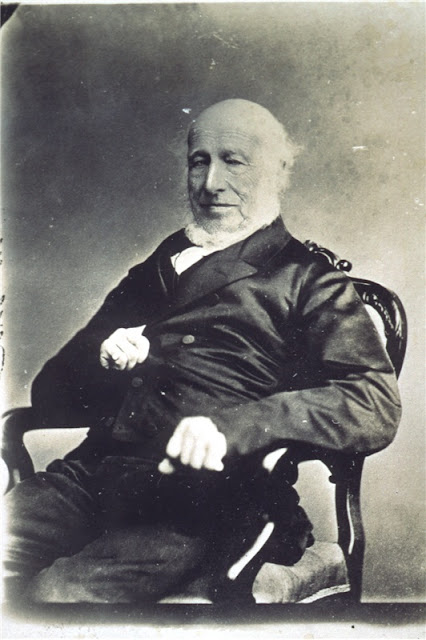 The foundation stone of the new Bellerive Congregational Church 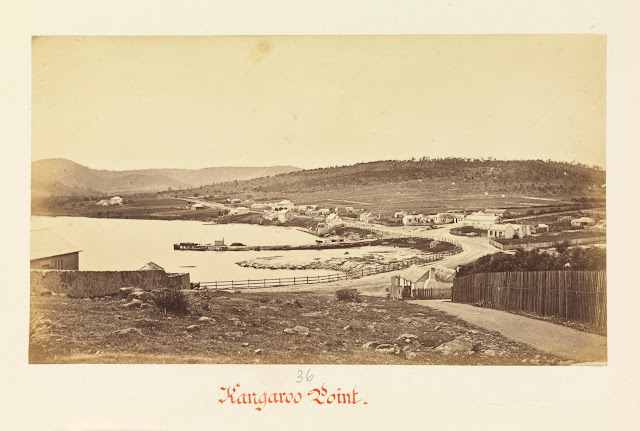 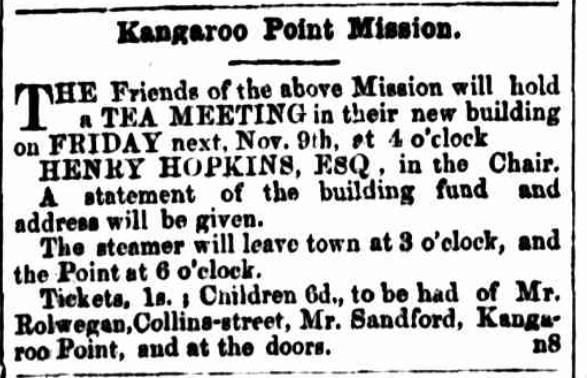 Notice of the Mission's opening - The Mercury, Thursday 8 November 1860