- January 03, 2021
West Kentish is small settlement on the Kentish Road 8 kilometres west of Sheffield. It is named after Government Surveyor Nathaniel Kentish, who with a party of 20 probationary convicts explored and surveyed the area.

The Presbyterians once had a significant presence in the Sheffield district with churches built at Barrington (1893), Sheffield (1910) and West Kentish (1915). All of these church have now gone with the Barrington church being removed to Gawler and the Sheffield church to Ulverstone. The whereabouts of the West Kentish church is not known.

In 1915 The North Western Advocate and the Emu Bay Times carried a brief report on the opening of the West Kentish Presbyterian church which took place on Sunday 8 August:

“Despite the inclement weather on Sunday there were large congregations at the opening services in connection with the new Presbyterian Church. At the dedication service in the afternoon Rev. A.T. Jones gave an appropriate address….”.

A report in the Launceston Examiner provides a few more details about the building:

“Mr Horace Padman has satisfactorily completed the erection of the new Presbyterian Church at West Kentish and arrangements are being made to have it newly furnished”.

The church’s appearance was almost identical to the Barrington and Sheffield churches and it is likely that they were built off the same plan.

From the outset the West Kentish church suffered from a lack of regular supply of Presbyterian ministers. Shortly after the church’s opening Reverend Jones was transferred at the “direction of the Home Mission Committee”. By 1921 the church continued to have issues of supply:

“The Interim Moderator has notified the church authorities that Mr. Hodges, University student, has been appointed to the charge of the Sheffield-Kentish Presbyterian Mission Station. For some months past the Presbyterians have been without a settled minister”.

This proved to be only a temporary solution for in September 1925 the Advocate reported that the “church is now without a settled minister, and for the time being the pulpit will be supplied by the Methodist Church”.

In 1936 a further report in the Advocate records the end of the Presbyterians association with the building:

“The Presbyterian Church building a West Kentish has not been used for services for some years, and regret has been expressed by residents that this should be so. Recently arrangements were made by the Methodists to use the building for services….Thanks are due to the ladies who formed a working-bee to clean and brighten the building in readiness for use”.

From the mid 1930s the building became the West Kentish Methodist church where services were held until the early 1960s. The subsequent history of the building and its whereabouts is not known although it is likely to have been removed and may still be in the Sheffield district. 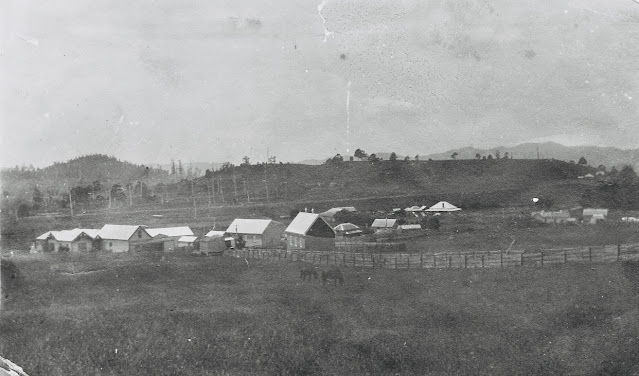 West Kentish c.1915 - The Presbyterian Church is in the centre of the photograph with the community
hall to the left. Photo credit: The Braid family - supplied by Elizabeth Ballard 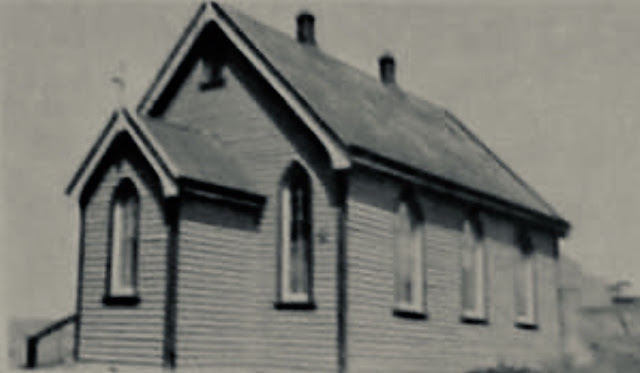 An undated photograph of the church after it became a Methodist church.
Photo credit: "Forward in Faith"

Thank you to Elizabeth Ballard and Alan Dyer for clarifications and suggestions.