- January 11, 2021
Moonah is a suburb of Greater Hobart and is located approximately 5 kilometres north of the central business district. Moonah was previously known as South Glenorchy before it was developed as a residential area in the late 19th century.
The Companion to Tasmanian History has the following concise summary of the history of the Salvation Army in Tasmania:

The Salvation Army began working in Moonah in the 1920s and by late 1929 were in a position to build a hall on Park Grove Road (now Hopkins Street). A brief report in the Hobart Mercury records the opening hall on Wednesday 15 January 1930:

“In the presence of a fairly large and representative gathering, - a new corps of the Salvation Army was inaugurated at Moonah last night, and Captain Hewitt, who will be assisted in his work In the district by Lieut. Moore, was installed by Major Roach, the divisional commander of the army in Tasmania. The Salvation Army has been able to secure a spacious and well ventilated hall in a central position in Park Grove Road. It Is a weatherboard structure with a cosy interior. Oak, panelling adorns the walls, and a platform has been erected at one end. The furnishings, too, are appropriate for the work in the district. There is ample seating accommodation to make the work successful”.

The weatherboard hall was replaced by a modern brick building in the 1960s.  In 2019 the Salvation Army moved to more central premises in Glenorchy central business district. 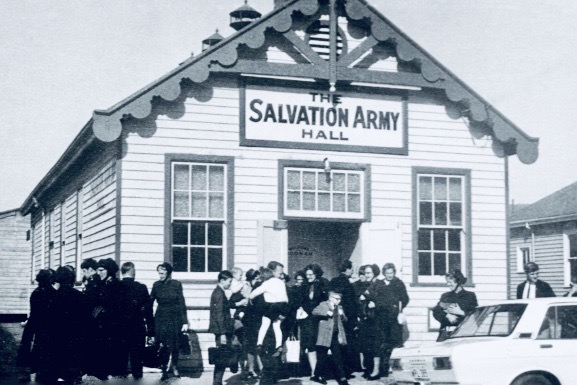 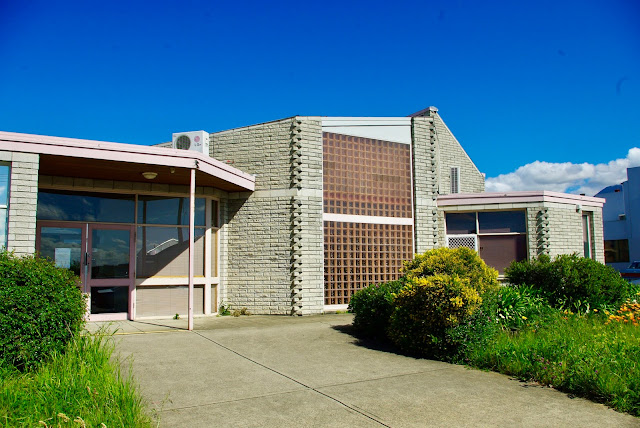 The 'new' Salvation Army building on Hopkins Street that has been recently vacated.