- January 18, 2021
Smithton is the commercial and industrial centre of the Circular Head district in the far northwest of the island. The early settlement was known as Duck River but this was changed to Smithton in 1895. Smithton is named after an Irishman, Peter Smith, who had been a constable, and later the licensee of ‘The Plough Inn,’ at Stanley. Smith moved to Duck River after buying some 500 acres of land from the Poke and Ollington families. Smith’s success enabled his return to Ireland.

Regular Anglican services at Smithton were held in the State school after Reverend McEachern became the first resident minister. By 1910 services were held in Malley’s Hall which was evidently a popular venue for several denominations:

“Malley’s Hall was in great request on Sunday last, no less than three different denominations making use of it. The Rev. Father O’Donnell celebrated Mass in the morning. The Anglican Church held a service in the afternoon, and the Rev. Steel (Baptist) had charge in the evening”.

Malley’s Hall was later purchased by the Baptists and converted into a Baptist church which put pressure on the Anglican community to build a church of their own. In 1910 a block of land on Emmett Street was purchased with money bequeathed by Mr Carroll. The foundation stone for a church was ceremonially laid by Bishop Stephen on Wednesday 13 October 1915. However the event did not end well. The Examiner reported:

“On Wednesday night some vandals removed the foundation-stone and laid it before a well-known resident’s house”.

While the stone was retrieved, six years were to pass before the church was completed. It was built by Mr. C. Williams, of Smithton and opened and dedicated to St Stephen on Sunday 4 December 1921. The Burnie Advocate’s report on the event provides some information about the original church:

“The opening ceremony, and the dedication of the new Anglican Church at Smithton were performed on Sunday morning by the Bishop of Tasmania (Dr. Hay). The congregation numbered fully 150. In opening the new church His Lordship said that an Anglican Church at Smithton had been urgently necessary for many, many years. It had now come and should, he thought, promote the uplift of the life of the town….”.

“The new building, the design of which, is far from common-place, is most commodious and comfortable. It is built entirely of local timber and is a very excellent advertisement for this growing industry. Messrs North, Ricards and Heyward, of Launceston, were responsible for the design. The dimensions of the building are 52 x 22 feet, and the chancel is 16 feet square. A room to be used as a Sunday school has been provided under the west end of the nave, and this will also be used for meetings. A number of church members donated the ornate altar, prayer desk, credence, lectern, pulpit and front stand of figured hardwood; also, the brass standards and communion rail of Tasmanian oak, and the brass book rest for the altar. In the east is a splendid stained glass window, being a war memorial to members of St. Stephen ’s Church. Four members of the congregation donated the stained glass”.

Upon the church’s 30th anniversary in 1951, additional stained glass windows were installed:
“Five stained glass windows were dedicated in memory of former church workers….The five memorial windows are a set, two of which are on the southern side of the church, and the remainder on the north wall. They represent the Book of Life, The Food of Life, The Light of Life, The Anchor of Life and The Crown of Life. The windows were made by Brookes, Robinson and Co. of Melbourne. One window has been given in memory of “a beloved father” whose name is not on the window”; the others have been dedicated to the memory of Terence Arthur Innes, Giles and Elizabeth Farnham, Harold James Smith and John Howard Heathorn”.

The church is little altered from the original building although a porch and entrance was added in the 1960s. 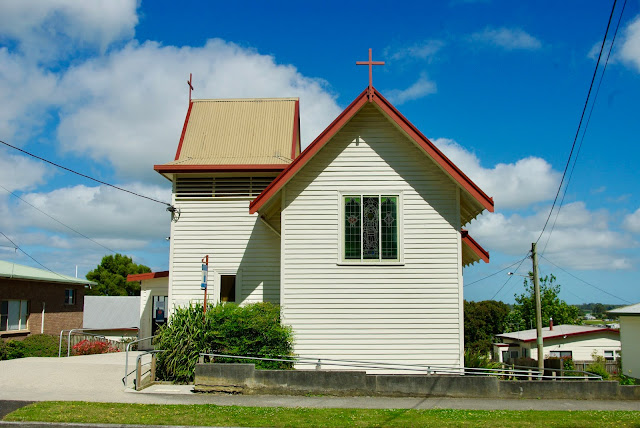 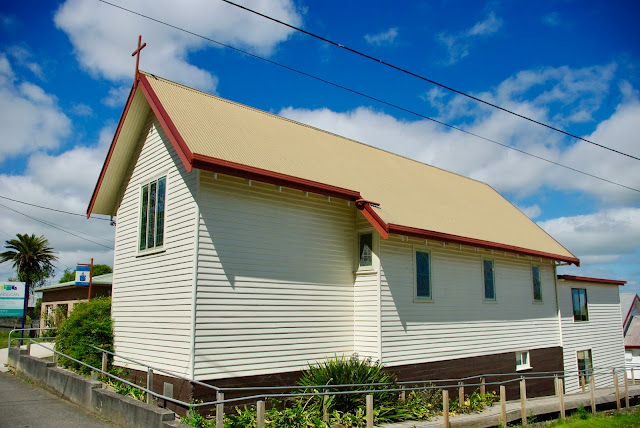 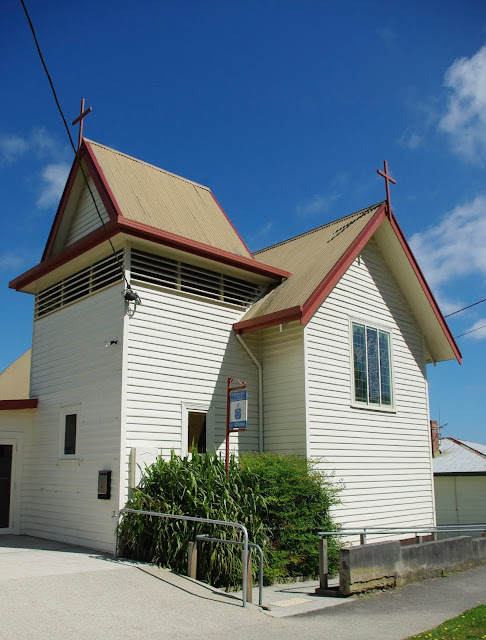 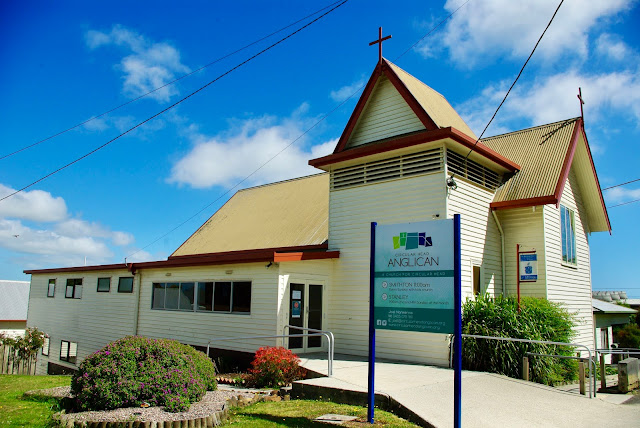