- February 05, 2021
Moonah is a suburb of Greater Hobart and is located approximately 5 kilometres north of the central business district. Moonah was previously known as South Glenorchy before it was developed as a residential area in the late 19th century.

The parish of St Therese, Moonah, was created in February 1931with Father T.J. O’Donnell appointed to oversee the construction of the new parish’s first place of worship. Previously Catholic Mass was celebrated in the Moonah Community Hall. On 25 October 1931 the foundation stone for a church-school was laid by the Very Rev. D. Murphy, Administrator of the Archdiocese of Hobart. Built in the midst of the Great Depression, the building had a threefold function; that of a church, a school and a hall. It is also unusual in that it housed a nuns’ chapel within the church as well as an enclosed shrine to Saint Therese. Moonah’s first Catholic church was designed to be a temporary place of worship until a permanent church could be constructed. However, the ‘school-church’ was used for over 20 years before it was replaced by the magnificent brick church which dominates upper Hopkins Street. St Therese’s Catholic School abuts the new church and the original ‘school-church’ is now the parish hall and a part of the school’s campus.

The new church was officially opened on Sunday 21 February 1954 by the Archbishop Tweedy of Hobart. The ceremony was attended by the State Premier, Sir Robert Cosgrove and Dame Enid Lyons.

In 2017 a major renovation of St Therese of Lisieux Church was undertaken which resulted in the Church returning for a period of six months to its original home in the school-parish hall. 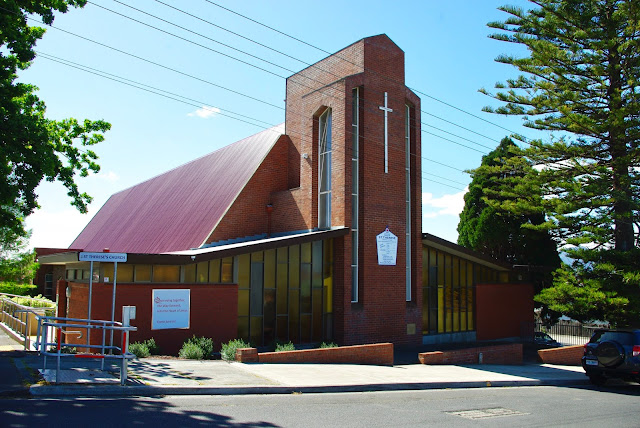 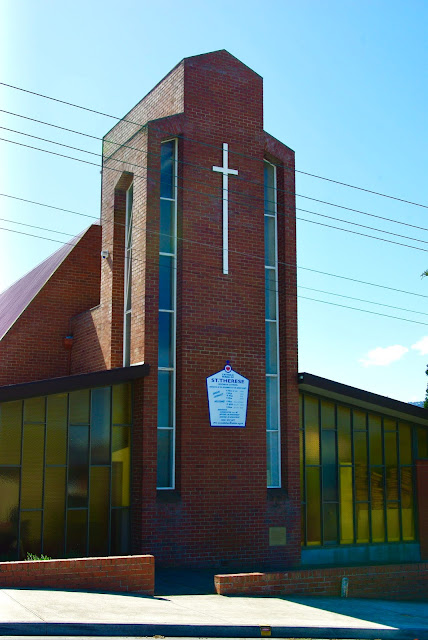 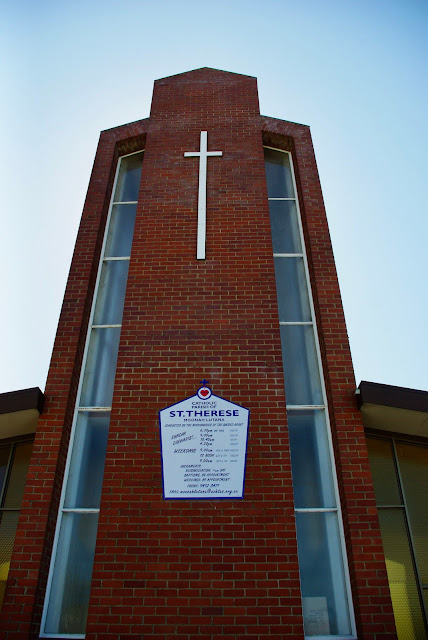 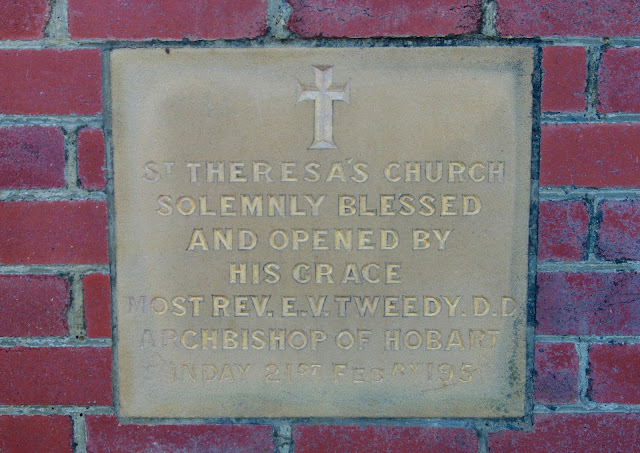 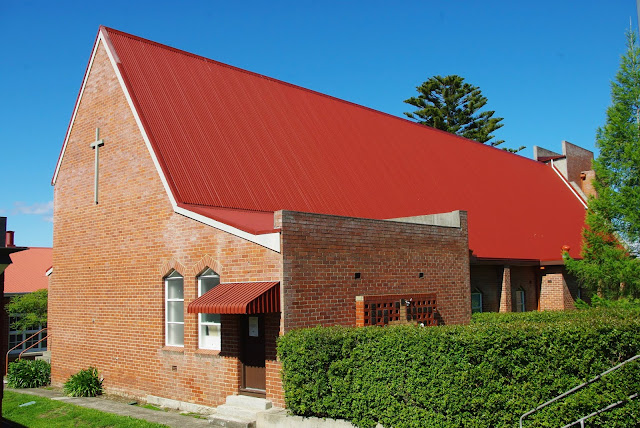 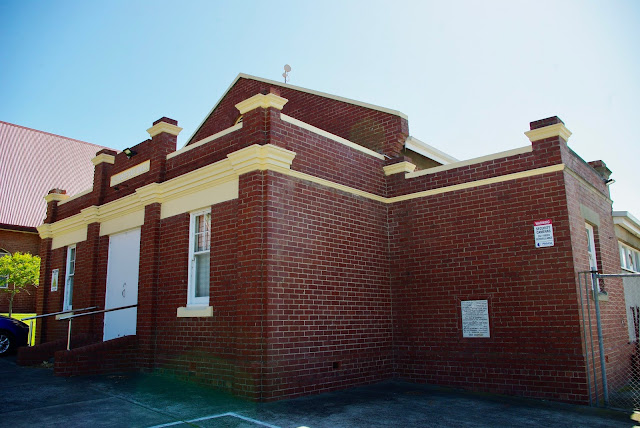 The original "church-school" is located alongside the 'new' church.