- February 13, 2021
Devonport was created in 1890 with the merging of two towns on the opposite banks of the Mersey River: Formby on the west bank and Torquay on the east bank. The area was first settled in the 1840s.
Devonport’s first Baptist church was established in 1889 following the purchase of a former Protestant Hall in Stewart Street. The Protestant Hall was built by Mr Thomas Pressland Cowle, a prominent businessman, land owner and member of the first Formby Town Board. Cowle was actively involved in the development of Devonport and was a staunch supporter of town improvement and charities. The Protestant Hall opened on Monday 24 May 1887 with the occasion reported by the North West Post:

"The opening concert in connection with the, building recently completed to the order of Mr Cowle took place last evening. The hall was fairly filled, and a musical treat was presented, which well repaid those those that assembled in spite of the sloppy state of the footpaths and roads. Before proceeding with the musical part of the programme, Mr Cowle stated, that the object he had in view in erecting the building was to provide accommodation for the holding of public meetings and entertainments, also a place in which Christian denominations could hold service. It was his intention of letting, the hall free for religious, charitable and humane purposes, subject to certain conditions. Formby demanded a building of that kind, and he trusted that the hall would serve the purpose for which it was intended, namely, the moral and intellectual improvement and elevation of the people…”.

In 1889 Cowle funded the construction of a library and reading room on a site next to the Protestant Hall. Construction of the new building started in April 1889. However, a serious deterioration in Cowle's health, as a consequence of ‘Bright’s disease’, resulted in his relinquishing the project. Thomas Cowle passed away in May 1894*.

Due to the lack of a permanent pastor, Baptist services ceased in October 1891. In 1897 services were revived with the arrival of Mr J G Mackie and the ‘Protestant Hall’ was reopened. The Baptist revival was so successful that by the turn of century the congregation had outgrown the hall and the construction of a new building became necessary. The result was the Stewart Street Baptist Tabernacle which opened in 1904 on the same site as Thomas Cowle’s library and reading room. The old Protestant Hall, which stood alongside the new church, continued to be used as a Sunday school hall for some time before it was demolished.

It is somewhat ironic that when the Baptist Tabernacle closed in the 1960s, the church became the premises of the Devonport Public Library, fulfilling Cowle’s original intention for the site. The library has since moved and the church is now home to the Devonport Regional Gallery, and it too, in Cowle’s words, continues the work of the “moral and intellectual improvement and elevation of the people”. 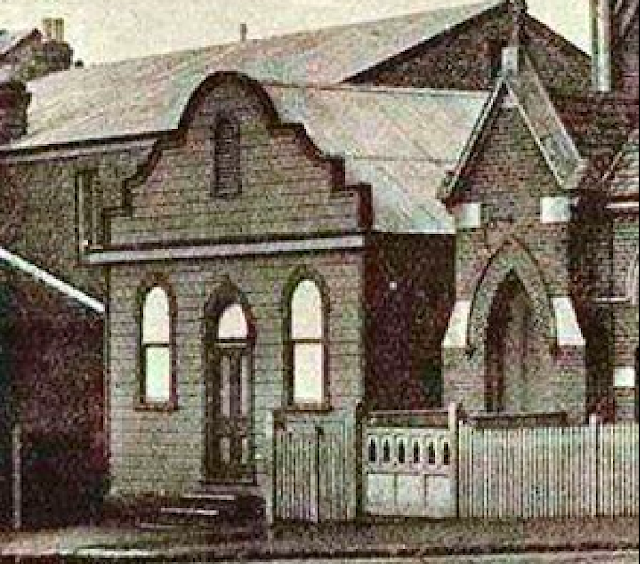 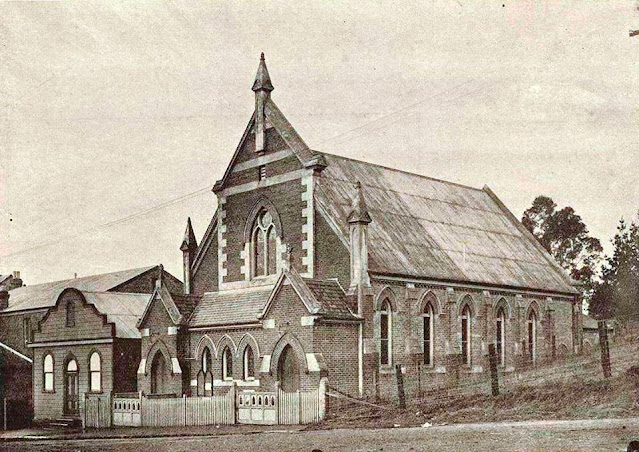 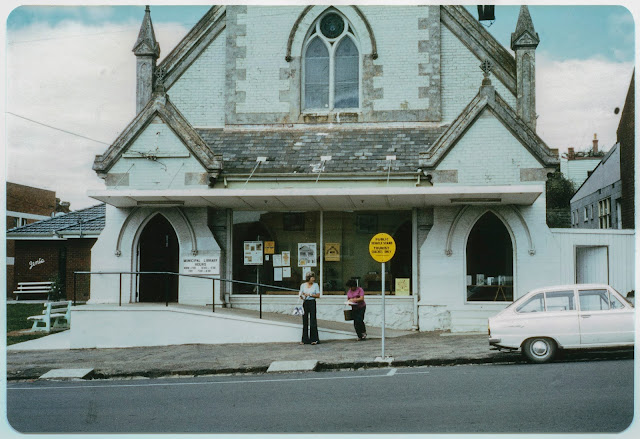 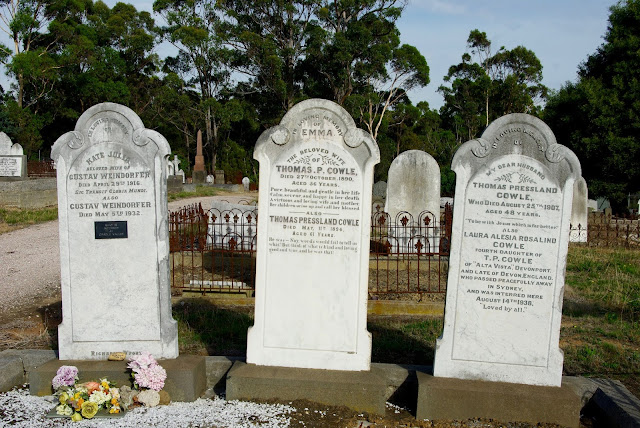 Thomas Cowle is buried in the Don Congregational Cemetery together with his first wife, son and
daughter. Note Gustav Weindorfer's headstone alongside. (my photograph)