- February 25, 2021
Hillwood is an orchard-growing district on the East Tamar approximately 33 kilometres north of Launceston.

Hillwood has had only a single church, a Methodist church, which opened on Sunday 20 March 1932. A report published in the Launceston Examiner provides the essential information about the building. The honour of opening the church was given to 100 year old James Walden of Launceston:

“The new Methodist Church at Hillwood was officially opened for worship yesterday in the presence of a large gathering from Hillwood, surrounding settlements, and Launceston. A strong southerly breeze made the out-door part of the celebration slightly unpleasant. The people assembled at the entrance shortly before 3 p.m., were addressed by Rev. W. H. Leembruggen, and joined in the singing of “All People Who On Earth, Do Dwell, Sing to the Lord."

"After prayer the officiating minister introduced Mr. James Walden to the task of unlocking the double Gothic doors which led to the sanctuary. The centenarian was greeted as one who had given, much encouragement in the building of the church. Mr. Walden, 90 years ago in London, had attended a Wesleyan Sunday School, where he had instilled into him a reverence for God. He could still recall the words., "My boy, God loves you." Having communicated this early history concerning the centenarian, Mr. Leembruggen thanked him for coming, and wished him, on behalf of the people of Hillwood, God’s richest blessings in his old age. Much moved by the welcome, Mr. Walden, ere he placed the silver key to the lock, expressed his thanks to God for sparing him during so long a life and blessing him so that he could say, "Goodness and mercy have followed me all the days of my life."

"The doors opened, the building was soon thronged, almost half the people being unable to gain admission. Seats placed in the vestry behind the rostrum were filled with children. …Grateful reference was made to Mr. George J.Tyson for his labours in the erection of the church, and to the trustees and all helpers and donors of furniture. The church had been built because the people had “a mind to the work." It was thought that when the offerings of the day were added to the money already in hand, the complete cost of the building would be met".

"There was a large congregation at the seven o'clock service, which was conducted by Mr. W. W. V. Briggs, M.A., of Scotch College, Launceston….The new church is beautifully situated on the river bank. Its well pitched roof, painted red, contrasts well with the green of graceful trees surrounding the site. The windows and doors are Gothic. The walls are of fibrolite, picked out with batons of dark red. Although not large, the structure is comely, neat, commodious, and strongly built”.

The Hillwood Uniting [Methodist] church closed in 1999 and the property was subsequently sold and has been converted into a house.

A Note about Mr James Waldon

“Mr. Walden was born in London, where his father was an officer in the Customs. At the age of 14 he was apprenticed to a leather manufacturer, and to the time of his death retained clear recollections of his early experiences at that trade. On October 5, 1852, he left England on the ship Nereus for Australia, and on December 22 of the same year he landed at Geelong (Victoria). He secured casual employment there, and the lure of the goldfields induced him to walk to Ballarat, where he was domiciled during the Eureka riots. Being unsuccessful at the diggings, he decided to return to Melbourne, and on the way secured employment with a road construction gang, subsequently rising to the positions of foreman and clerk. During the period of the contract he saved £100, and with this sum he laid the foundations of his fortune, and went from success to success. He was later engaged as a commercial traveller, and with the money at his command added to his salary by dealing. He married in Melbourne, and in 1860, hearing much about the prospects in Tasmania, Mr. Walden decided to try his luck in this State, and towards the end of 1867 arrived in Launceston. He commenced business in the wool, skin, and leather trade in Elizabeth Street, transferring afterwards to Charles Street in part of the premises now occupied by Mr. T. J. Earley as a drapery and general store. Mr. Walden was afterwards for some time at Sydney Place, near the wharf, the present site of Boag's Brewery, and in 1893 he purchased the one-story building in Charles Street, close to Cimitiere Street, which was built as the first Presbyterian Church in Launceston. Mr. Walden added another story, built a new front level with the footpath, and put in two offices. There he conducted his business of wool, skin, and produce merchant until a few years ago”. 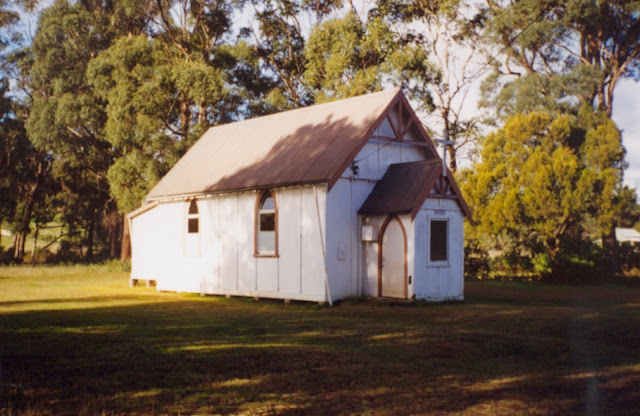 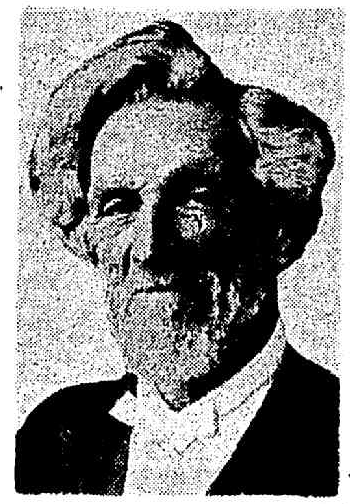