- March 03, 2021
Wivenhoe is a suburb of Burnie situated on the east bank of the Emu River. It has developed into an industrialised area less than 3 kilometres south-east of the city centre. In the 1850s the area was named after the town (and parish) of Wivenhoe in Essex County by Captain Henry Butler.

The Lifehouse Church, which is located on Wivenhoe Main Road, describes itself as an independent church. It is associated with the Apostolic tradition which has had a presence at Burnie since the 1940s. The Apostolic Church in Australia is now known as the “Acts Global Churches” .

The Apostolic Church is a denomination linked to the Pentecostal movement. The term "Apostolic" represents the denomination's belief that it follows the teachings of the twelve apostles who followed Christ. With roots in the 1904–1905 Welsh Revival, it seeks to revive first-century Christianity in its faith, practices, and government.
Additional information about this church and the building is most welcome as all articles are continually updated. I can be contacted through this page or my Facebook page "Churches of Tasmania" which is linked here: Churches of Tasmania. 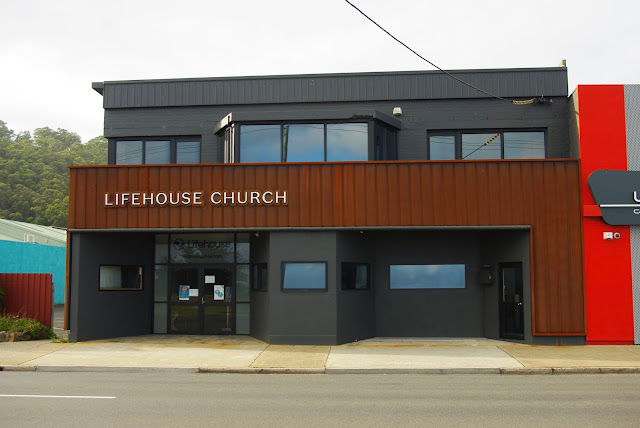