- March 10, 2021
Wivenhoe is a suburb of Burnie situated on the east bank of the Emu River. It has developed into an industrialised area being less than 3 kilometres south-east of the city centre. In the 1850s the area was named after the town (and parish) of Wivenhoe in Essex County by Captain Henry Butler.

Two Methodist churches were established at Wivenhoe, a weatherboard church hall which opened on Pearl Street in 1923 and a cement brick church on Philip Street built in 1954. Little is known about the earlier church which had only a brief existence.

Early Methodist services were held in the Wivenhoe State school and by October 1921 weekly services being held. Progress towards building Wivenhoe’s first Methodist church was well underway by late 1922. In December of that year the Advocate reported:

“For some time past the Burnie Methodist circuit has owned an allotment of land in a central position at Wivenhoe. With a view to the erection of a church in the near future a well-attended and enthusiastic working bee was held on Saturday afternoon. In addition to local workers a few men from Burnie assisted. The scrub, ferns, etc., which had somewhat overgrown the allotment, were cut down and the site for a building levelled. Good progress was made, and it is hoped that another "bee" will be held shortly to complete the work….”.

Rapid progress was made with the building. The March 1924 the Advocate reported that a fund-raising ‘tea meeting’ was to be held on Saturday 24 March with the church to be officially opened and dedicated by Reverend N.G. Higgs on the following day:

“Today the Methodists are opening a fine building, 40ft. long, with 11½ft. walls, as a church. The building is being lined with hardwood throughout, which is very effective. The reading desk has been donated by Mr. Chas. Clarke. This afternoon the ladies are holding a tea meeting in the large oil store adjacent and at night a concert will be provided. The proceeds will be devoted towards the building. A great deal of work has been done by means of “working bees,” Mr P.C. Clarke having the oversight of the erection".

In a further report the Advocate provides details on the Sunday dedication service:

“Favourable comments were heard on every hand, and the building is a decided acquisition to the growing suburb of Wivenhoe. The cost of the building has been considerably lessened by a number of ‘working bees’….. The circuit stewards…. proposed a vote of thanks….to those who had assisted in the various working bees, to the Wivenhoe Anglican Church for loan of seats and also closing their own service for the opening on Sunday; to Col. Rafferty, headmaster of the Wivenhoe State school, for making the services in the school possible; to the Don Co. for loan of their oil store, and others who had helped…”.

For reasons not known, the Pearl Street church did not operate for long. Max Stansall, writing in Tasmanian Methodism, simply notes that “a few years later it was sold and services were discontinued”. It was not until the late 1940s that Methodism at Wivenhoe was revived and a new church was built on Philip street in 1954.

The location of the Pearl Street church hall is not know and an examination of maps from the period reveal little. The only clues are that it was situated alongside the Don Company oil store and was in a “central position”, which probably places it very close to the Main Road end of Pearl Street. Several houses from this period still stand therefore it is a possibility that the church hall could have been incorporated into one of these. No photograph of the original building is known to exist. 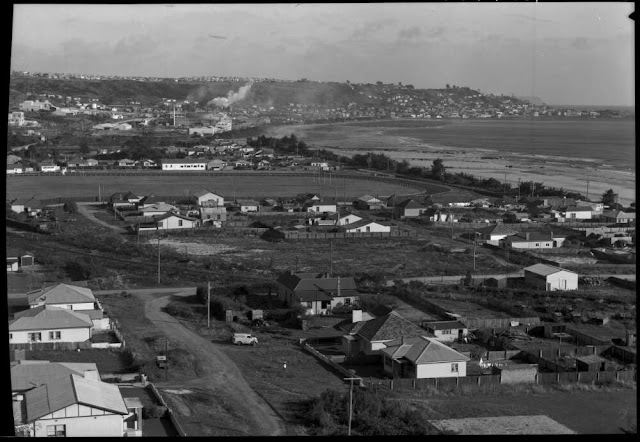 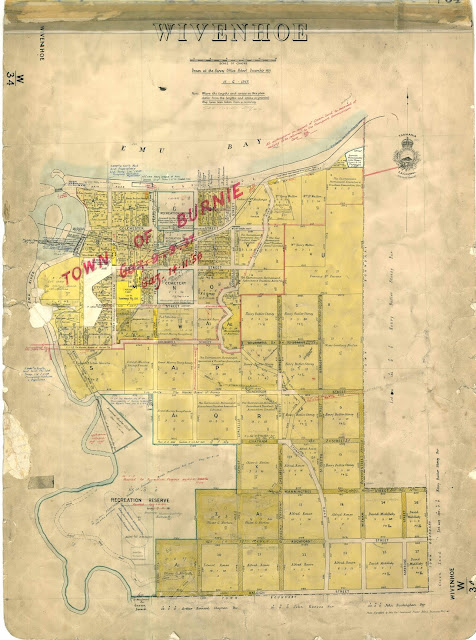 Maps of Wivenhoe from the period  do not reveal the halls location on Pearl Street -
Source: Libraries Tasmania AF819-1-376 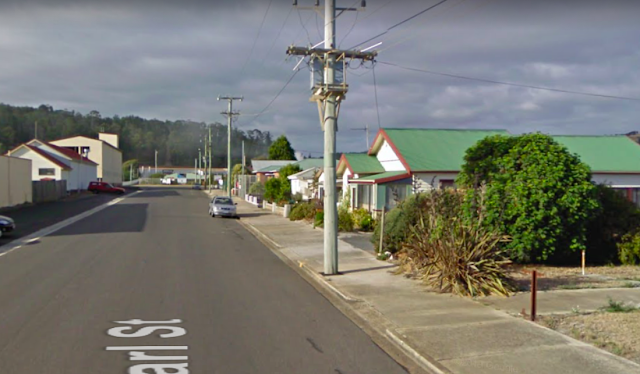