Forest is a small settlement off the Bass Highway about 12 kilometres south of Stanley in Tasmania’s far North West. The early settlers referred to the area as "the forest" and when an official name was needed it became simply “Forest”.  For a time locals referred to the settlement as “Tierney’s Town”.

Forest and the surrounding district has been home to numerous churches, most of which have closed and no longer exist.  The settlement at Forest centres on the intersection of Mengha Road and Back Line Road. Three churches were established near this intersection: St Bartholomew’s Anglican church (1905); a Union Church (1894) - now the Forest Christian Centre (Christian Brethren) and a short-lived Baptist church established in 1913.

In 1918 a visitor to Forest mentions all three churches:

“Now we come upon that pretty, quaint-looking Church of England—St. Bartholomew’s—the inside of which is well worth a visit. It has almost within a stone’s throw two other less pretentious-looking churches — Baptist and Nonconformist —all three, no doubt, trying to do their bit for the good of the people”.

The Baptist church is remarkable in that the building was virtually built in a day.  This feat was recorded by the Circular Head Chronicle and The Tasmanian Mail.  The Chronicle describes a well coordinated campaign to erect the church with an army of volunteer workers:

“The Baptist Church at Forest was the scene of much animation on Wednesday. The proposal of the pastor (Rev. R. Steel) to erect the sacred edifice in a day although not actually realised, was so well executed that by night-time the building was three parts completed. The porch and vestry were roofed, half the main roof on, the flooring completed, half the lining, and the structure three-parts weather-boarded. The foundation had previously been put down, and the framework cut”.

“A dozen willing workers started operations at 7.30 a.m., and the staff increased to 26 as the day advanced. A hot meal provided by the ladies at midday was relished by the hungry work-men. During the afternoon quite a number of friends from Stanley and Smithton visited the spot (near Tierney’s corner), and evinced a deal of interest in the work”.

“The building was subsequently completed by hired labor. The carpenter-cleric and his officers are to be commended for their zeal, which has brought the proposal into actual realisation”.

“The opening services were held on Sunday, and proved very successful. The Rev. F. J. Dunkley preached both morning and afternoon, while the evening service was taken by Rev. R. Steel. All day there were good congregations, and the services were much enjoyed. A very successful concert was held in the church on Monday evening. Rev. R. Steel acted as chairman, and the attendance was very good. During the evening addresses were given by the pastor and also Revs. F. J. Dunkley (of Longford) and A. E. Holloway (Smithton), the two latter gentlemen congratulating the Forest folk and their pastor in their zeal, and expressed the hope that the erection of the church would bring great blessing to the district.….”.

The swift construction of the church is almost matched by its short-lived existence. While there are reports of Baptist services for a period of two or three years after the opening in 1913, no mention of the church is made in the local newspapers by the 1920s.  Furthermore, Tasmania’s Baptist archive has no surviving records from the church.

The 1913 report in the Circular Head Chronicle mentions that the church was located on Tierney’s Corner - being the intersection of Mengha Road and Back Line Road. I noticed the existence of a church like structure near this corner (520 Mengha Road) which has been described in a real estate advertisement as “two story stables”.  The dimensions of this building and its closely spaced regular windows lead me to wonder if this is the remnants of Forest’s Baptist church? 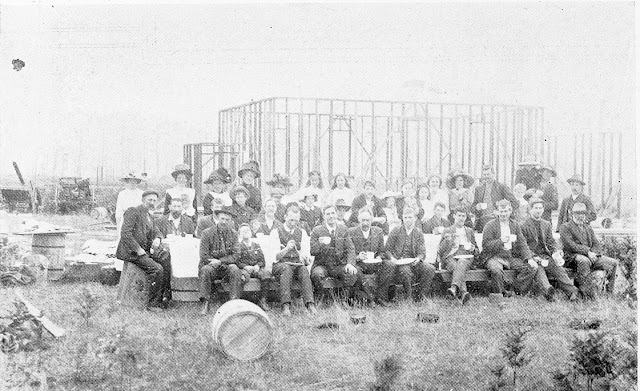 A photograph from the Tasmanian Mail (1913) "Building a church in a day at Forest". 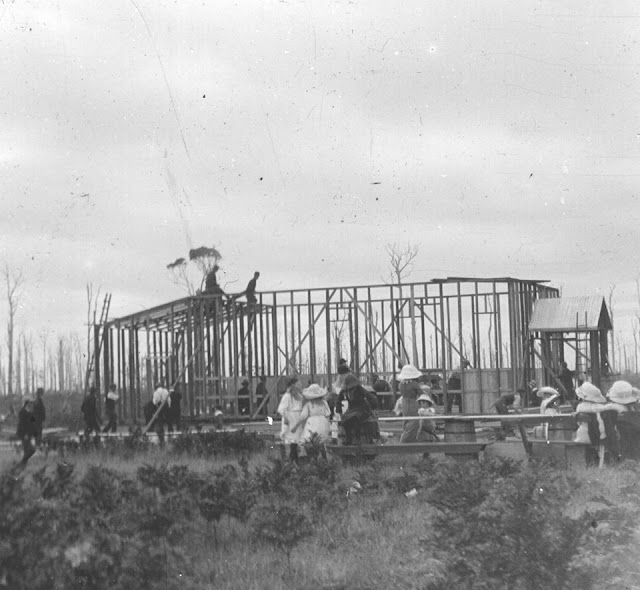 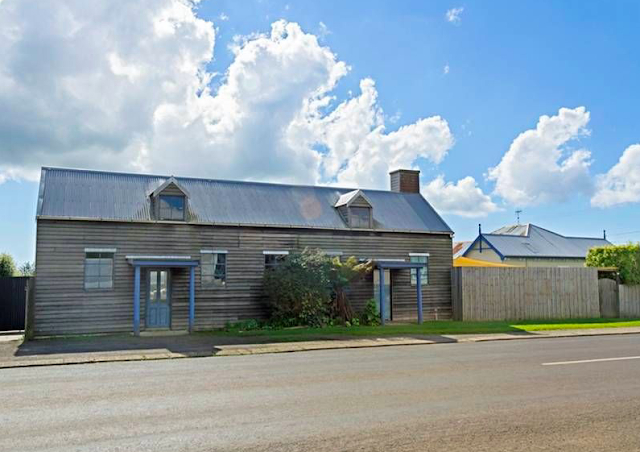 This weatherboard building is approximately where the Baptist church was built. It is described as a stable in a recent real estate advertisement.  The height of the building and its regularly spaced windows resemble those of the church. Could the church and the stables be one and the same building? Image credit: Roberts Real Estate Smithton 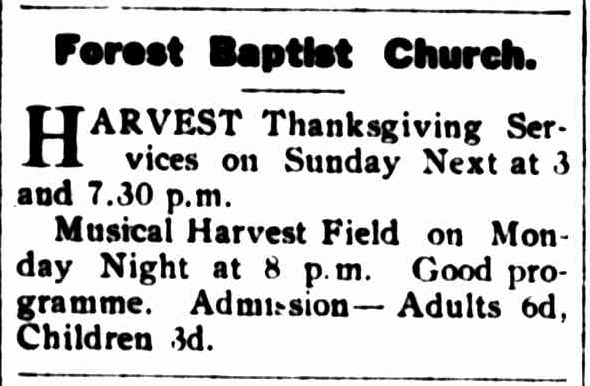