- April 14, 2021
George Town is one of the oldest towns in Australia and is the second oldest town in Tasmania. It is therefore surprising that many of the town’s churches were only established after World War Two. The Anglicans and Methodists had an early presence but Catholic and Presbyterian churches were only established in the 1950s and other religious denominations arrived after the 1970s. The establishment of Launceston as the administrative centre of the North in the early years of the colony meant that George Town was destined to remain a backwater until more recent times. The construction of an aluminium smelter at nearby Bell Bay in the 1950s as well as the development of industry south of the town, accelerated George Town’s population growth in the post-war era.

George Town’s Anglican church is a modern, functional and austere building therefore it may be surprising to learn that its origins go back to the first European settlement in northern Tasmania. It is located close to the site where the first Christian service took place in the north of the island. It is also the last of five Anglican churches at George Town.

The present church, which is located on Anne Street, replaced a weatherboard church, St Mary Magdalene, which stood on the same site before it burnt down in 1994. For a period of six years the parish hall was used as a place of worship until a new church was built. The new church was officially reopened in the year 2000 by Bishop Newell.

In recent years the Anglican church has closed many churches across the north of the State with rationalisation and the merger of parishes. Consequently, St Mary Magdalene is now known as “All Saints George Town”, with its congregation being “an integration of previous members of the George Town, Low Head, Piper’s River and Hillwood Anglican churches”. 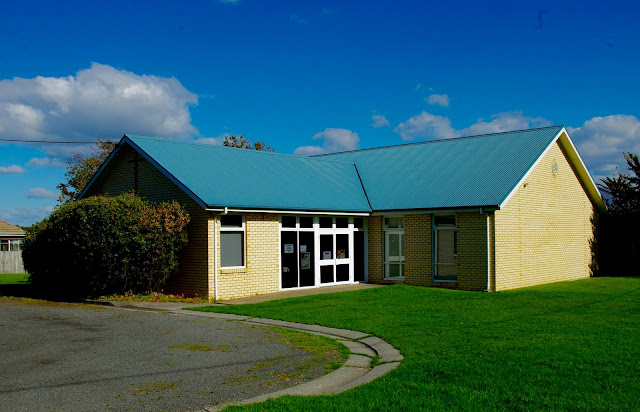