- April 15, 2021
Lenah Valley is a suburb of Hobart situated in the shadow of Mount Wellington north of the city centre. Lenah Valley was originally known as Kangaroo Bottom and later as Kangaroo Valley. Lenah is the native Aboriginal word for kangaroo.

The Lenah Valley Baptist Church, now called Citywide Baptist Church, is located on Pottery Road. Baptist activity at Lenah Valley dates back to 1948 when a Sunday school was established. Church services were held for the first time in February 1952. A manse to house the first minister was acquired in July 1954. The site of the present church was purchased in June 1956.

In July I960 the foundation stone was laid for a modern brick church and hall which opened in November 1960. The church, designed by architect Dirk Bolt, has been significantly altered in recent years.

The church is also home to the Hobart Nepali Church which was founded in 2010. It is the only congregation of Nepalese people in the Hobart, where Nepalese believers can practice their Christian faith in their native Nepali language. 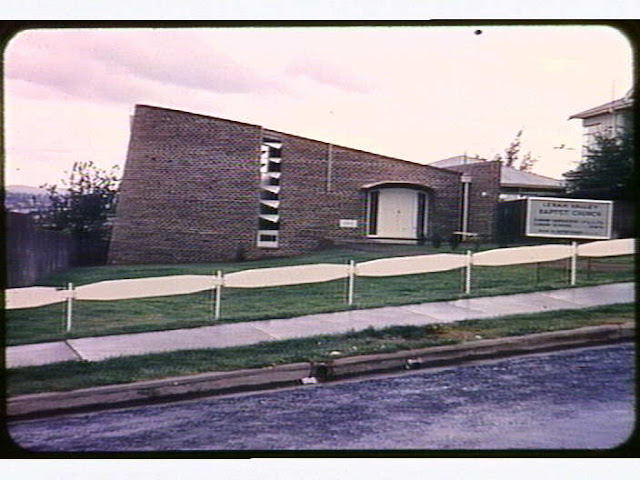 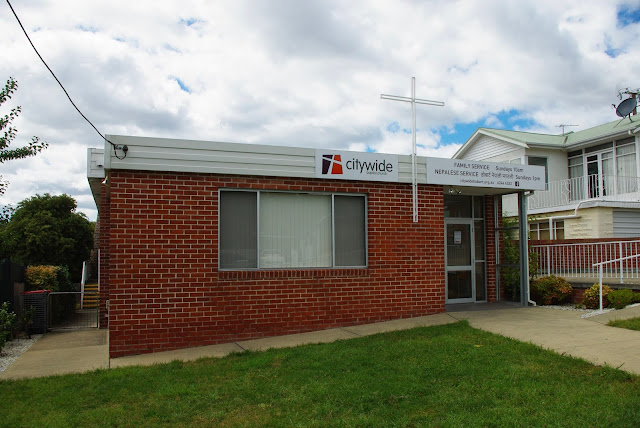 The church as it appears today with a new frontage. Photo: Duncan Grant