- May 03, 2021
Smithton is the commercial and industrial centre of the Circular Head district in the far northwest of the island. The early settlement was known as Duck River but this was changed to Smithton in 1895. Smithton is named after an Irishman, Peter Smith, who had been a constable, and later the licensee of ‘The Plough Inn,’ at Stanley. Smith moved to Duck River after buying some 500 acres of land from the Poke and Ollington families. Smith’s successful enterprises enabled his return to Ireland.

The earliest record of Methodist activity at Smithton dates back to 1907 with the establishment of a Sunday school. The first meetings for worship were held in a potato shed, in the State schoolroom, in the open air and in private residences. In April 1910 the Methodists rented Smithton’s Presbyterian church after services were discontinued. In the same month, Reverend W. Bridgeborn was appointed as the first permanent minister.

The Methodists had intended to buy St Andrew’s Presbyterian church but the resumption of Presbyterian services in early 1912 resulted in the purchase of land on Goldie Street.

Construction of a weatherboard church began in mid 1912, however the builder did not complete the contract and the job was finished by members of the congregation. When the first service was held on Sunday 6 October the church windows had not been put in:

“The building was not quite completed, but the fern decorations helped to hide the unfinished parts. The boys of the school worked well on Saturday to bring ferns and flowers to the church, and the ladies did the rest”.

The church’s first pulpit came from an old Methodist church at Black River while other furniture and the bell came from the old Wesleyan church at Stanley.

Perhaps the church’s most valuable acquisition was a pipe organ which had a remarkable history. When the organ was dedicated in 1940, an article in the Advocate traced the story of the instruments origins and restoration:

“After the death of the late Mr. Thomas Fleetwood King over 65 years ago, Mr. Spicer bought an organ incomplete and conveyed from Mr. King's stable to his attic where it remained until December 10 1932, for over 40 years. A large case thought to be rubbish, which had been stowed away for so long was brought into the back yard of the late Mr. H. G. Spicer's home at Stanley, to be sold by auction. The first day, the auctioneer (Mr. Ern. Geale) could not get a bid for this box, which appeared to be full of ends of sawn timber”.

“The second day children were running round the yard blowing wooden whistles, when it dawned on Mr. C. Geale (brother of the auctioneer) that it must be part of an old organ he had heard about, and that it might be of some use to Mr. G. E. Murfet, the Methodist Church organist at Smithton who had already assembled three pianos and was interested in that kind of work. While he was away telephoning Mr Murfet, it had been sold for 5/, to Mr, Roy Smith. Arriving on the scene, Mr Murfet was introduced to Mr. Smith and offered him £1 for his purchase”.

“Certainly," was the reply, "I might only chop it up for firewood!" He returned home with 15/ profit, and Mr. Murfet departed with his box of tricks. Mr. Claude Brown had his lorry in Stanley, and brought the organ-in-the making free of charge to the Methodist Parsonage. During the next week a spare room was cleared and parts sorted out, and many were found to be missing. The young man realised that rebuilding would be slow progress, as he would have to experiment and gain experience as he went along. The instrument began to grow little by little, until the one original keyboard minus the ivory keys was set in order”.

"Two years afterwards a letter, was received from Mrs. V. C. Woolley, of Ulverstone, granddaughter of the late Mr. King, on hearing that the Smithton church folk had purchased a pipe organ from Stanley, and which she believed to be the one her grandfather was building over 60 years ago, but had not completed before his death. Her father and aunt (Mrs. Wilson, of Launceston) had made many inquiries in the district, but could not trace it. The family would be interested to know where it came from and what condition the parts were. in. If the church folk decided it was not worth putting in order, the family, would be pleased to hear from them, as they were all interested in watching ‘grandfather' build it”.

"The building of the organ was commenced somewhere about 1870 by Thomas Fleetwood King, born at Buckingham, England. He came out to the Victorian goldfields in 1852, and on to Stanley some years later. There he spent the rest of his life. To-day, rebuilt and remodelled, the organ stands built into this pretty little church, for its members have worked hard to make it what it is. The arch built for the organ, new choir and communion rails, and the new seats were designed by Rev. A. H. Muller.”.

After the death of "Ted" Murfet in 1955 the organ fell into a state of disrepair “as no-one could be found competent to keep it in working order”. It remained unused until the Uniting Church’s final service a few years ago.

In 2017 the church was sold and was acquired as premises for the Gateway Church. 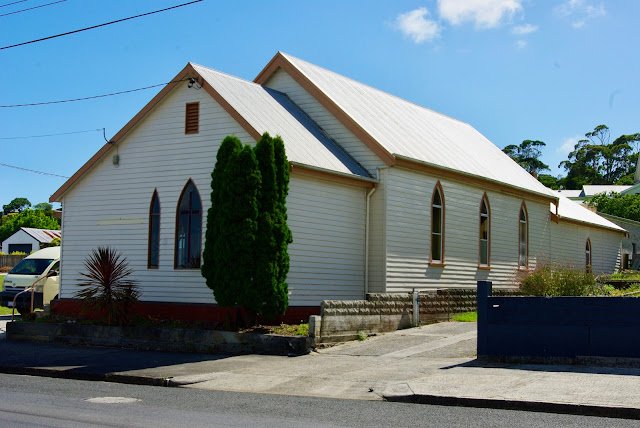 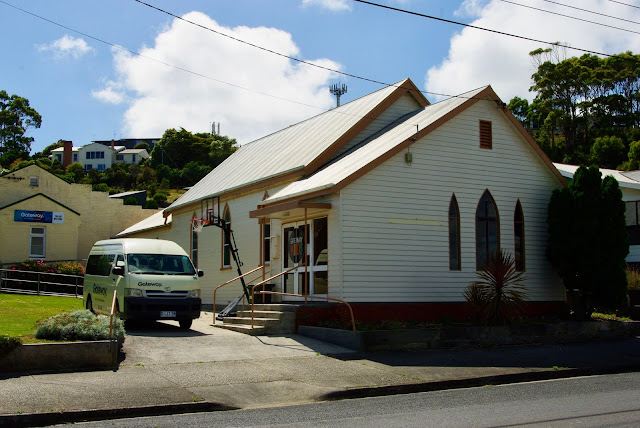 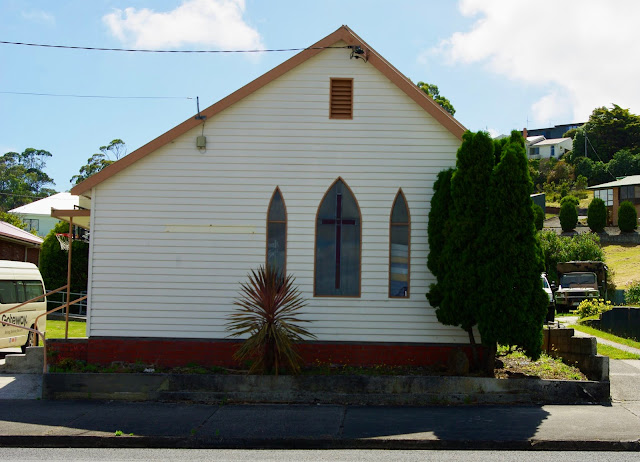