- May 23, 2021
Boat Harbour is a rural settlement situated on the Bass Highway, approximately 15 kilometres west of Wynyard. Boat Harbour gets its name from a nearby sheltered bay once called Jacobs Boat Harbour.

Since it was built in 1879, the Boat Harbour Church, which is a Christian Brethren community, has also been known as the Boat Harbour Gospel Hall; Bible Chapel and the Rosedale Chapel. The early years of the church are not well recorded. In 1880, a visitor to the North West coast, mentions the newly opened chapel on a journey from Stanley to Wynyard:

“In sight of our military friend's residence, and the first dwelling towards which our footsteps tend, is a substantially-built cottage, with which is incorporated the Boat Harbour post office, kept by the agreeable and attentive postmistress, Mrs. Dean…. As the post-office fades from view, we near the tastefully-finished and recently painted residence of a Mr Blackwell, … Leaving Mr Blackwell's, we heave in sight of Mayne's hotel, ….After walking for about 10 minutes we observe a road striking off abruptly to the left, and hesitate whether to continue on the main line or take the one mentioned, as both tend towards Wynyard. While making our choice our eye is arrested by a new building situated in the hollow below, and adjacent to the road, designated by some of the inhabitants the hall, by others the Rosedale Chapel; near which are some heaps of broken road metal, the work of the Government stone breaker….”.

In the same year a further reference is made of the Rosevale Chapel in a report describing a meeting held by the “Table Cape Band of Hope”, a Christian temperance movement that focussed on dissuading children and young people from consuming alcohol.

In 1894 the chapel is again mentioned with reference to the interminable problem of larrikins disrupting worshippers, an issue that plagued much of rural Tasmania in the latter half of the 19th century:

“With regard to the statement in a contemporary that the worshippers at the Boat Harbour Chapel are desirous of having the larrikins who cause annoyance to them each week, interfered with by the police, we hear that this is not the case, as the gentlemen who conduct the services are anxious to have them at the chapel so that there may be a chance of their reformation; and although they are noisy, and often very annoying, the preachers would not ask for the intervention of the police and would not attend the court to prosecute them unless compelled to do so”.

It was not recorded if the young men were in fact converted by the remarkably tolerant Brethren.

In 1905 the Rosevale Chapel was extended and the new building is described in a report in Launceston’s Daily Telegraph:

“On Wednesday evening the Christian Brethren held the opening ceremony in connection with, the new Rosedale chapel at Boat Harbour. Members of the Brethren attended from various coast centres, a splendid congregation resulting. The new building is commodious and nicely built, and will be a vast improvement upon the old structure which has done duty for the last 30 years, and which will now he used as a schoolroom”.

While there are some later references to the chapel in local newspapers, these do not provide much information about the building or the Brethren community.
While the church has had several changes of name in recent years, it remains an (open) Christian Brethren Church and is now a member of CccVat; Christian Community Churches in Victoria and Tasmania. The association describes itself as “a movement of like-minded local churches, predominantly of a Christian Brethren heritage, that have united under a common vision and mission, set of beliefs and core values”. 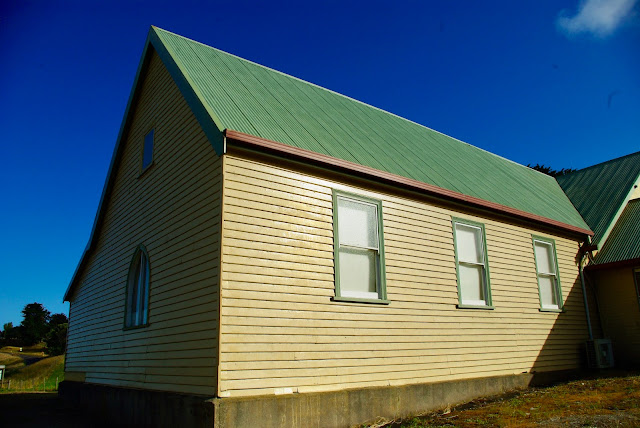 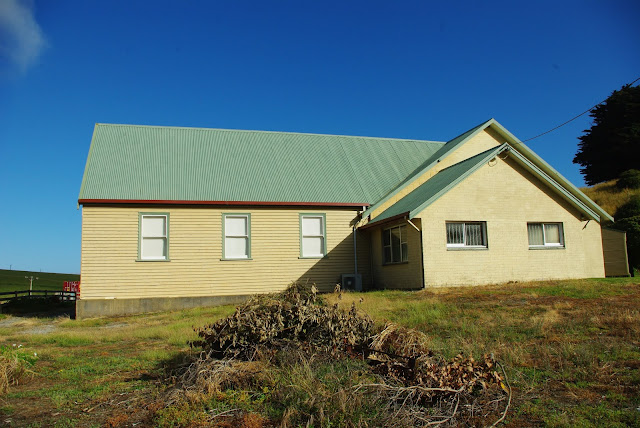 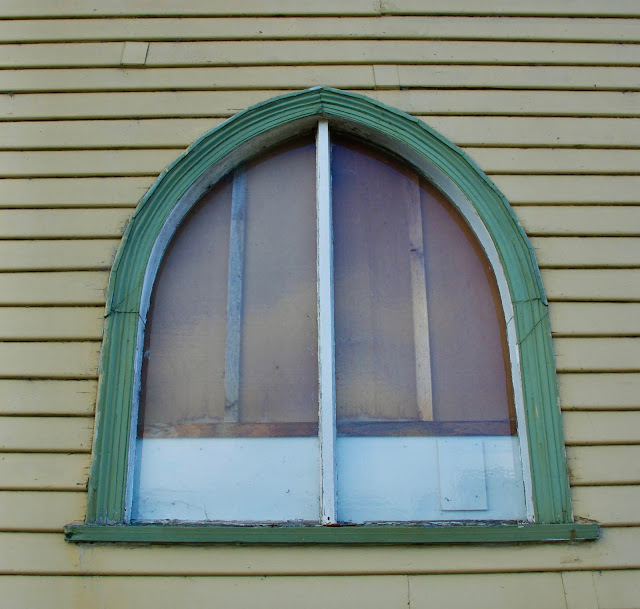 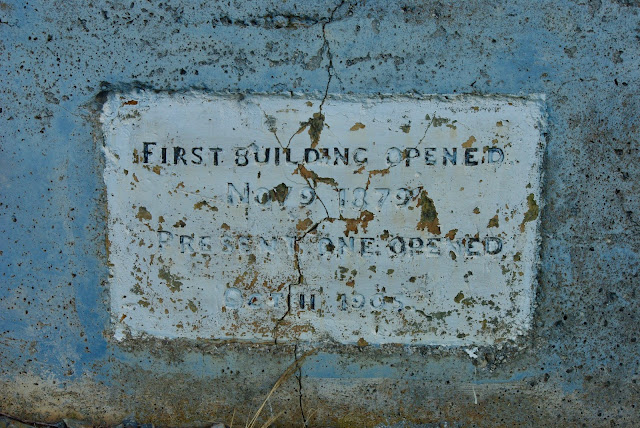 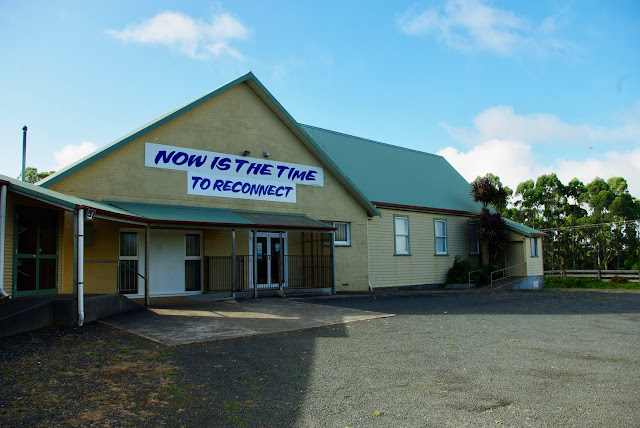