- May 27, 2021
The Hope Christian Centre is located in the former Sunbeam warehouse on Tasma Street, North Hobart. The fellowship moved from the Murray Street Gospel Chapel in December 2003, after 18 months of repurposing the building.

The Hope Christian Centre falls under the umbrella of the Association of Christian Community Churches in Victoria and Tasmania. The association describes itself as “a movement of like-minded local churches, predominantly of a Christian Brethren heritage, that have united under a common vision and mission, set of beliefs and core values”.

In Tasmania, most Brethren churches are 'open', unlike the 'exclusive' Brethren who avoid contact with outsiders. The 'open' Brethren carry-out community work, including overseas missions.
*The Murray Street Gospel Hall will be the subject of an upcoming article. 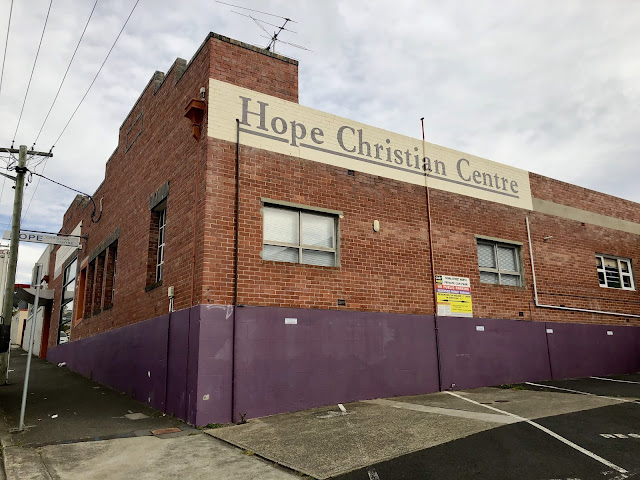 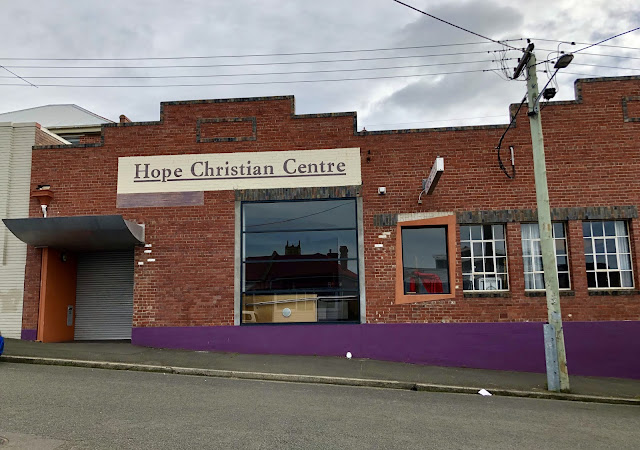