- June 19, 2021
George Town is one of the oldest towns in Australia and is the second oldest town in Tasmania. It is therefore unusual that most of the town’s churches were only established after World War Two. The emergence of Launceston as the administrative centre of the North in the early years of the colony meant that George Town was destined to remain a backwater until more recent times. The construction of an aluminium smelter at nearby Bell Bay in the 1950s as well as the development of industry south of the town, accelerated George Town’s population growth in the post-war era.

George Town’s Baptist Church is situated on Goulburn Street adjacent to St Andrew’s Uniting Church. The church was established in August 1958 and religious services were held in the Town Hall. A building site was subsequently purchased and a church hall was officially opened on 12 August 1961. An extension to the building was completed in 1990.
Additional information about this church is welcomed as all articles are continually updated. I can be contacted through this page or my Facebook page "Churches of Tasmania" which is linked here: Churches of Tasmania. 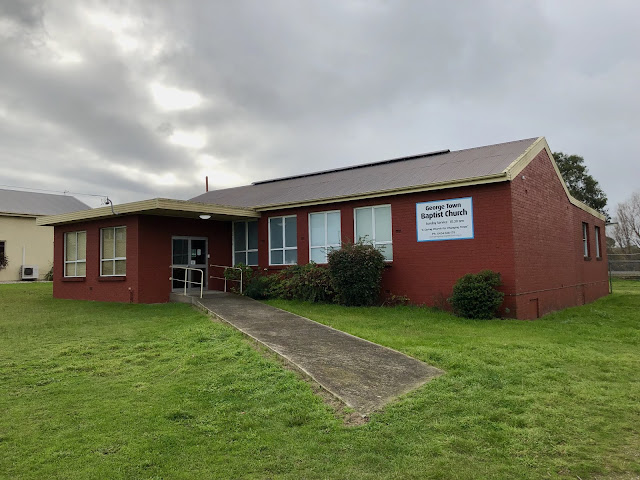 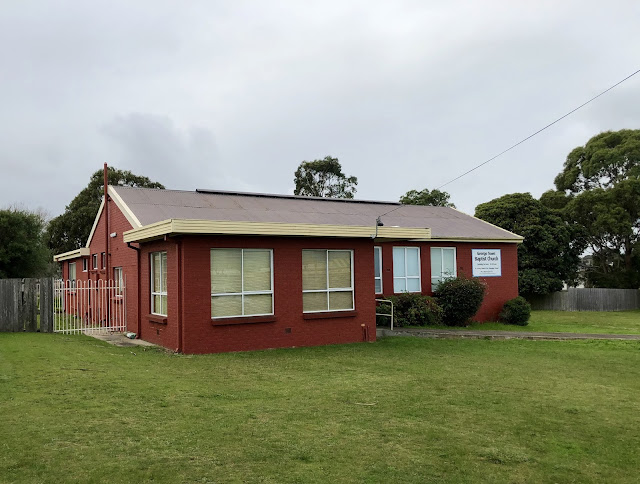