- June 28, 2021
Stanley is a historic town on the northwest coast approximately 80 kilometres west of Burnie. The Van Diemen's Land Company once had its headquarters here when it was originally known as Circular Head. The settlement was later named after Lord Stanley, the Secretary of State for the Colonies, who went on to serve three terms as British Prime Minister.

Stanley has had four Catholic places of worship: Edward Curr’s Chapel at Highfield House (1838); a timber church (1850); a brick church (1897) and the present brick church (1931). The first two churches, both called ‘Our Lady Star of the Sea’ have been featured in previous articles in Churches of Tasmania [see No. 886 and No.932] This article’s focus is on the present church which was opened in 1931.

Stanley’s second Catholic church, which was used for a little of 30 years was demolished in October 1930. The reason for the building’s demolition and replacement with a new church is revealed in an article published in the Advocate:

“The work of demolishing the Church of Our Lady Star of tho Sea was started on Monday, to make room for the proposed new church of the same name. One of the chief faults in the old church, which was built 32 years ago, is that the walls were solid, no cavity being left to prevent moisture coming through, and they therefore leak. The new building, of which Mr. H. S. East, of Launceston, is the architect, is to be Romanesque in design….The building will be about 20 feet longer than the old one, the addition comprising the Sanctuary and Sacristies….It is expected that the new church will be finished before Christmas, and in the meantime divine service will be conducted in the large dining-room of the Presbytery, which has been set up as a chapel”.

The foundation stone of the new church was ceremonially laid by the Archbishop of Hobart, Dr. William Hayden, on Sunday 9 November 1930. The Advocate records:

“Dr. Hayden delivered a very bright address. He was sure that the new church when completed would be an ornament to the town and would satisfy the most fastidious tastes”.

Given that construction coincided with the start of the Great Depression, the cost of this fastidiousness demanded a great sacrifice on the part of the Catholic community. After the foundation stone laying ceremony, parish priest, Father Adlum, reported on financial matters and “smilingly remarked that he considered the deficit would be considerable reduced at the conclusion of the meeting”. Before the collection began Adlum “appealed to all to forget there was a depression for the next half hour”. His appeal for temporary amnesia was successful with the collection netting £145, which met about a quarter of the remaining debt on the project.

A description of the church and its furnishings is described in a report in the Hobart Mercury:

“The new Roman Catholic Church of Our Lady Star of the Sea at Stanley is nearing completion, and it will be one of the best designed and appointed country churches in the State. The architect is Mr. H. S. East, and the contractor Mr. K. W. Howe, both of Launceston, and the contract price, exclusive of fittings, was £1,780”.

“To Messrs. W. Coogan and Co., Launceston, was entrusted the making of the high altar, the two side altars, linen press, vestments press, and altar rails, all of Tasmanian blackwood, the whole being designed by Mr. East. The high altar is at present on view in the show room of Messrs. Coogan in Brisbane Street, and speaking of it yesterday Mr. East said he was more than pleased with the workmanship which the firm had put into their contract. In his experience he had seldom seen better work of the kind in any part of Europe, and it was a fine advertisement for Launceston that such high-class workmanship could be executed here. The design of the altar is free Gothic, and it has a burnished gold dome over the tabernacle and two candelabra in a semicircular arch framing the altar. These are reminiscent of the magnificent candelabra and the Capella Palatina at Palermo, Sicily. Splendidly grained blackwood has been used, and the effect is most beautiful. The church, which has been constructed of brick, has seating accommodation for 125 persons, and it is stated that its furnishings will be the best of any Roman Catholic church in the country districts of the State”.

The construction of the church was completed within 5 months, partly due to the fact that the new building was erected on the foundations of its predecessor. It was consecrated on Sunday 15 March 1931:

“The Star of tho Sea Church at Stanley, which during the past few months has been rebuilt, was opened on Sunday, when the seating accommodation was taxed to its utmost, the congregation including many adherents of other churches and visitors from Hobart, Launceston and practically all parts of the parish. The outward appearance of the building was highly commented upon, but the beauty of the interior eclipsed all expectations, and Father P. Adlum and his parishioners were congratulated on the results of their efforts”.

The ceremony was led by the Very Reverend Denis Murphy, Administrator of the Diocese. In his address, Father Adlum thanked those who had contributed to the church:

“He thanked the architect, Mr. East, of Launceston, who prepared the plans, gave the candelabra which adorn either side of the sanctuary, designed the altars and altar rails and also gave the foundation stone. He also thanked the contractor for the material for the arch in front of the building and the gate, which he donated; Messrs. Coogan and Co., who gave the furniture and side altars and who made the altar rails and high altar; the late Mr. M. J. Breheny and. Mrs. Breheny for the high altar, which they donated; and to all who helped directly or indirectly”.

Now approaching its centenary, Our Lady Star of the Sea, remains little changed and it stands as an exemplary building in an iconic Tasmanian town. Brian Andrews, the Archdiocese’ Heritage Officer writes:

“During the period from the turn of the twentieth century until World War II there was a discernable trend in Catholic church architecture—both in England and Australia—away from the Gothic, which had been so closely linked to ecclesiastical building design from the 1840s, towards a variety of round-arch idioms, often freely interpreted. This trend was no less evident in Tasmania, and Our Lady Star of the Sea, Stanley, is one of these. Indeed, it is the most original in its interpretation and the most inventive in the design of its constituent elements and detail. In this regard it stands apart from all Tasmanian churches of all denominations….Beyond the quality and uniqueness of the structure itself, this church is outstanding in its overall integrity for, almost alone amongst Tasmanian Catholic churches, it possesses its entire complement of original furnishings…[and]…, preserves in its entirety the furnishings and arrangements of a small Australian country Catholic church as existed universally prior to the early 1960s,..[and] its sensitive re-ordering fully meets the letter and spirit of the liturgical reforms of half a century ago. It is indeed a very precious building”. 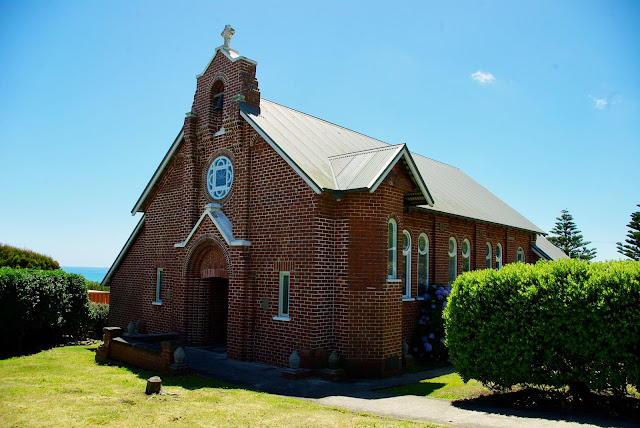 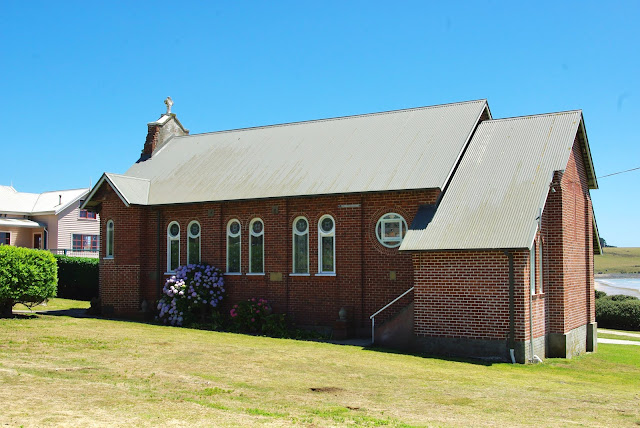 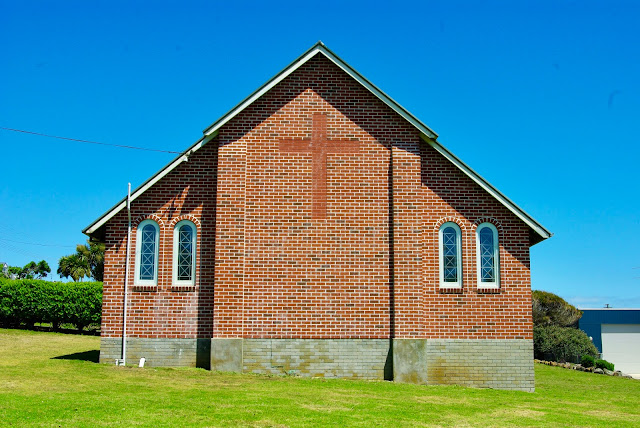 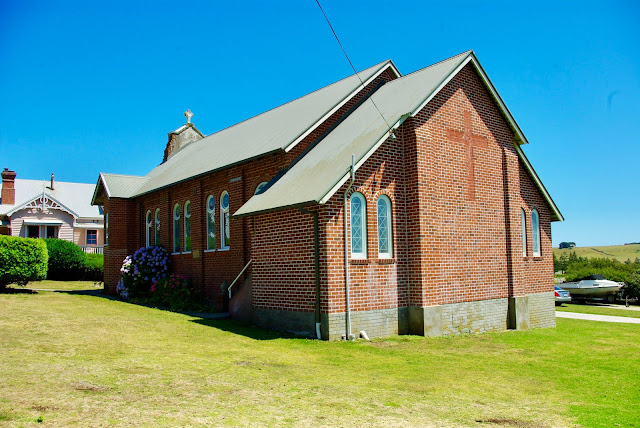 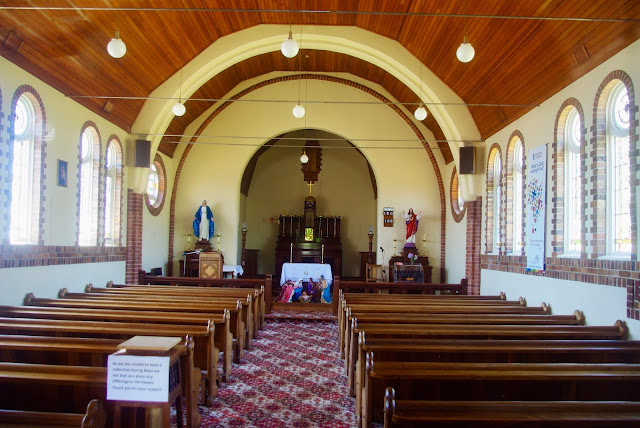 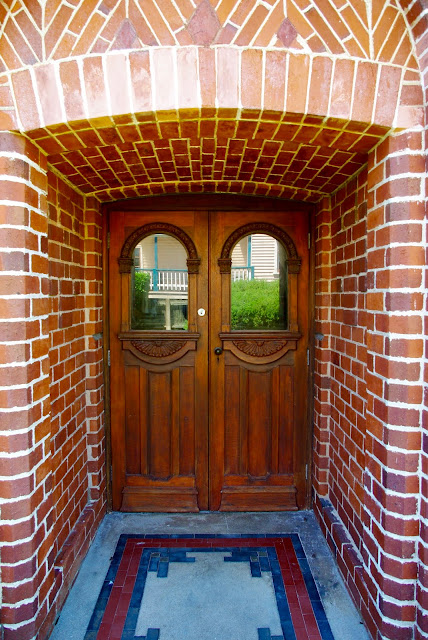 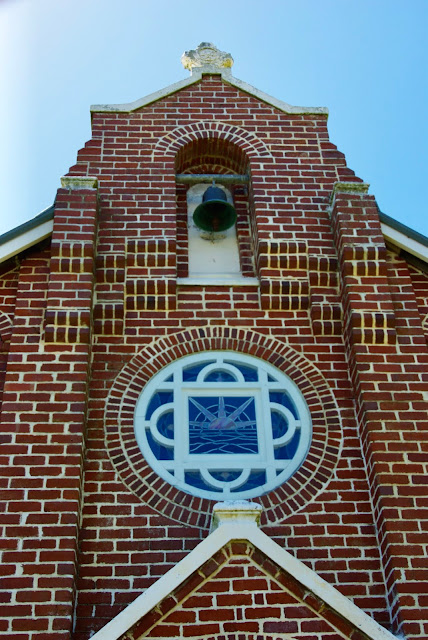 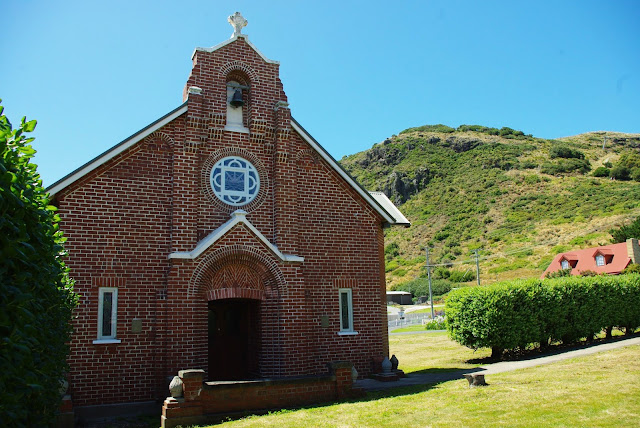 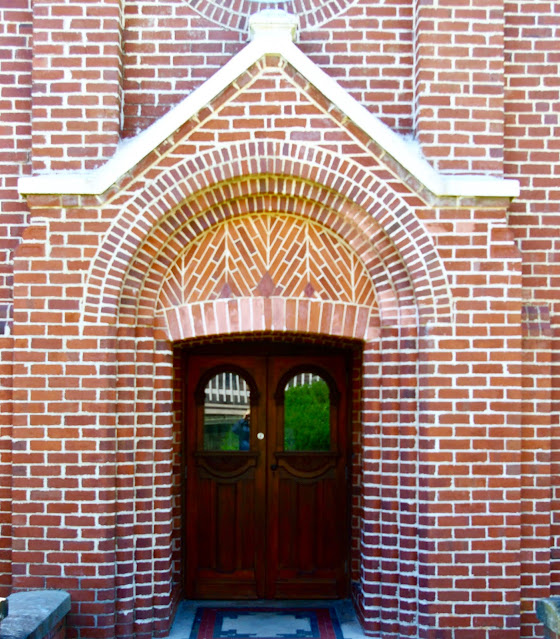 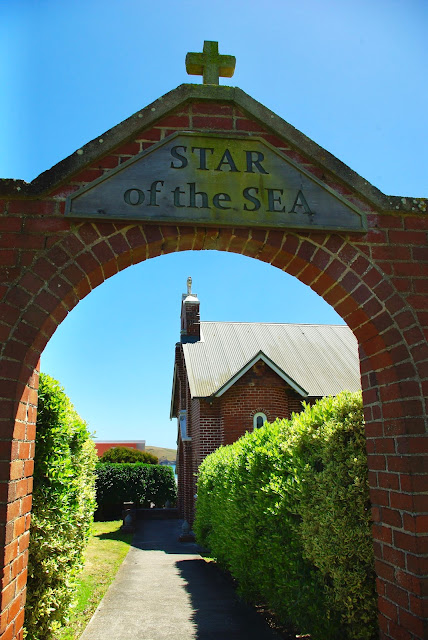