- July 06, 2021
The city of Glenorchy is located approximately 7 kilometres north of Hobart's CBD. Glenorchy means ‘glen of tumbling waters’ and it is believed that Governor Lachlan Macquarie named the area after his wife’s birthplace; Glen Orchy, Argyllshire.The district was originally named 'King Georges Plains and the first centres of settlement were previously known as 'Kensington (Village)' and ‘O'Briens Bridge’.

St John the Baptist Catholic church is located at the head of Regina Street. It is the second Catholic church built at Glenorchy. Opening in 1960, it replaced a sandstone church on the Main road, built in 1859, which was also dedicated to St John the Baptist. [ see No. 939 ] With the rapid growth of Glenorchy after World War Two, the old church had to accomodate up to five Masses each Sunday. On occasion worship had to be held outside to accomodate parishioners.

It was these circumstances that led to the construction of a new church in 1960 on a site off Bowden Street, alongside the Holy Name School, now part of Guilford Young College’s Glenorchy Campus.

The old church was used for religious instruction for State school children until it was sold and demolished in 1963. Stone salvaged from the demolished church was intended to be used to build memorial gates at the new site but this did not eventuate.
A detailed description of the new church, as it was originally build and laid-out, is found in "From Tiny Potatoes" by Cecily Verrier:
"The opening of the new church/hall occurred on 21st November 1960. Costing a modest 30,000 pounds to construct, it was a double red brick structure, with a centre aisle and two side aisles....The architects had been Cooper and Vincent. There was a chapel at right angles and this part of the church was furnished with the seats from the old St John's. At the front of the church were wooden concertina doors which could be closed over to seperate the sanctuary from the hall when it was used for other purposes... The internal wall behind the altar, as well as the external wall at the rear of the chapel were completed in sandstone. Popular belief has been that this sandstone was salvaged from the old church. As the old church was not demolished until 1963, this very appealing concept can hardly be accurate...".
Another interesting aspect of the church concerns the altar:
"The altar was a plain design with alpha and omega symbols and had been used in St Mary's Cathedral for a short time fter the sanctuary in that church was moved to its current central position".

Another feature of the church is a bell tower constructed by the Polish community in 1963 to mark the Millennium of Christianity in Poland. The bell is a small version of the historic Zygmont bell in the Cracow cathedral.

* The church was not open at the time of my visit but I hope to photograph it's interior at a future date. The building has been significantly modified in recent years but no published information about this is available. 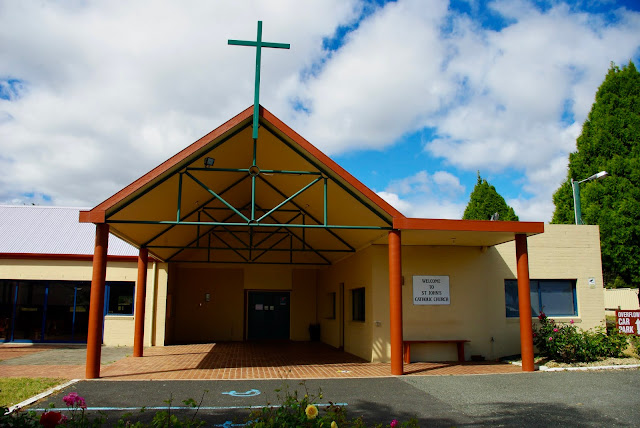 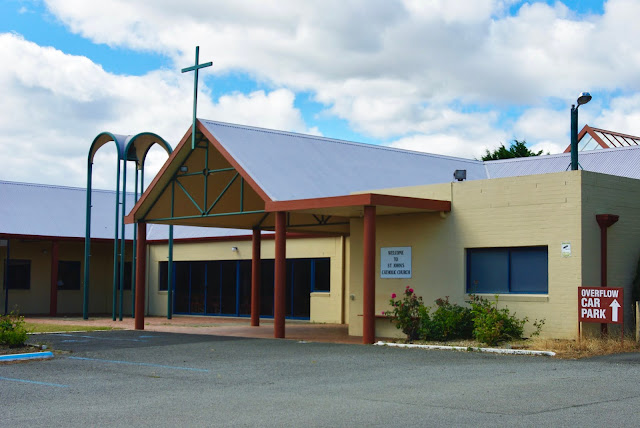 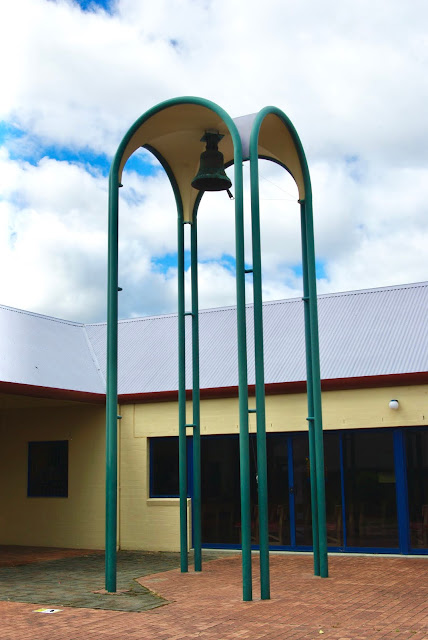 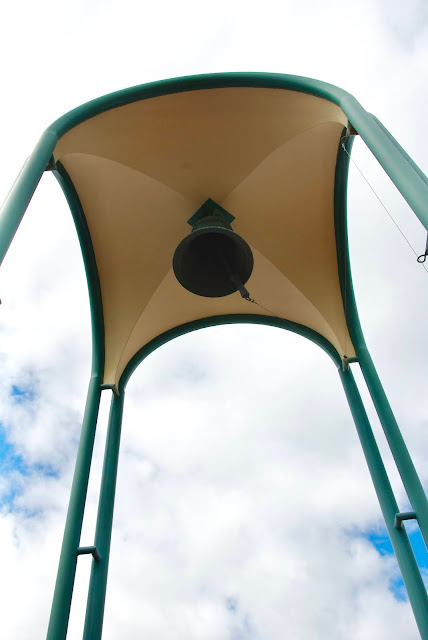 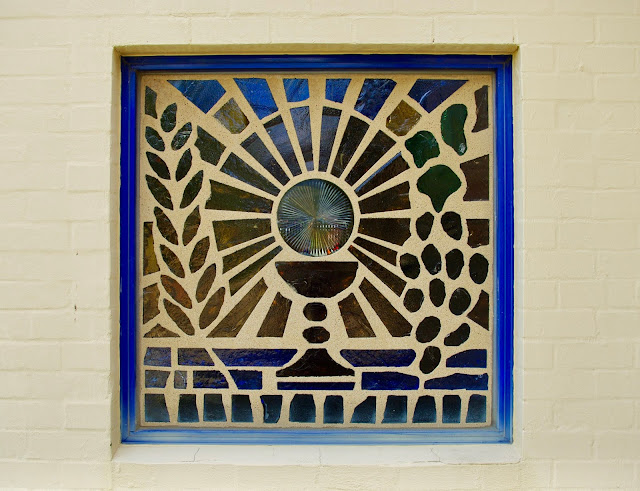 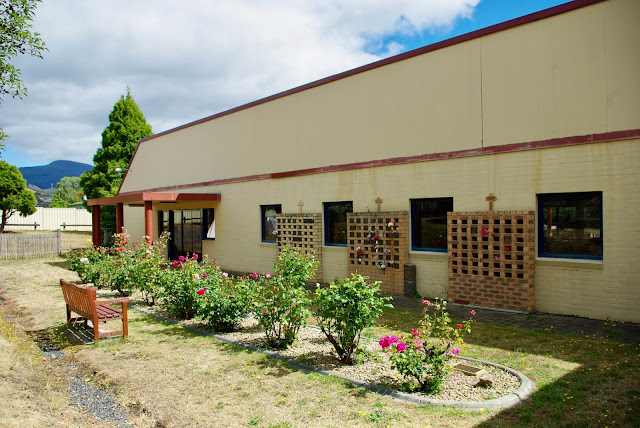 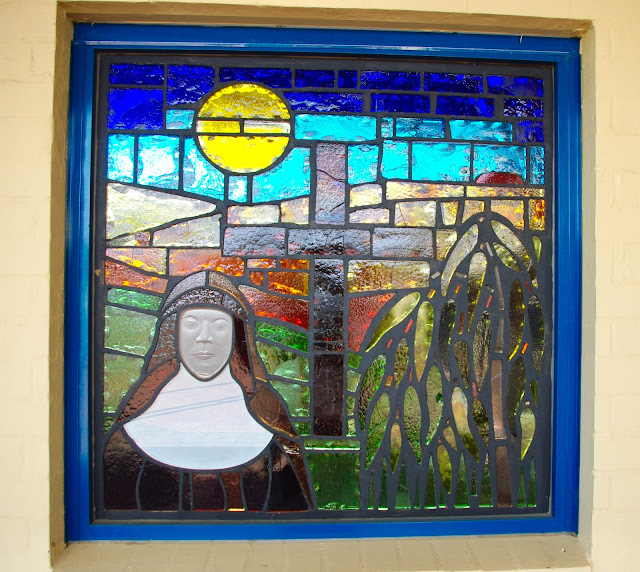