- July 09, 2021
The suburb of North Hobart, as the same suggests, is on the northern fringe of the city. It has evolved into a mixed residential and commercial area since it was developed in the 1830s.

Swan Street Methodist Church opened in 1905 as a new place of worship for a congregation which had previously met in a Wesleyan Methodist Chapel on High Street (now Tasma Street) [see No. 966]. Plans were made to build the new church on Swan Street soon after the Methodist Union of 1902.

Two foundation stones for the new building were ceremonially laid on Wednesday 7 September 1904. The first stone was laid by Mr William Freeman Brownell, a businessman and former alderman of the city. The second stone was laid by Mr Henry Smith Kirby, (Special Magistrate of the Children’s Court) on behalf of the High Street Street Sunday school children.

“Mr. Brownell said he had very great pleasure in taking part in the ceremony……This structure was necessitated through the High-street building having become too small and inconvenient….Mr. Brownell and Mr. Kirby were each presented with a handsome black-wood mallet, suitably inscribed, as a memento of the occasion. Refreshments and afternoon tea were served in a tent adjoining, and in the evening a social reunion of old and present teachers was held in High-street building, and a pleasant time was enjoyed by all”.

The church was completed in early 1905 and the building was opened and dedicated on Wednesday 15 March. The Mercury’s report of the occasion included a detailed description of the building:

“The dedication of the new Methodist Church building which has just been completed in Swan-street, North Hobart, took place yesterday afternoon, in the presence of a crowded congregation…..The building is of very neat design, in the Gothic style of architecture, and is constructed of pressed brick, with brown stone dressings, on a stone foundation. The internal dimensions are: - Nave, 56ft. by 30ft.; and the side walls 17ft. to eaves, and 23ft. to ceiling. At the back of the rostrum there is an arched recess which accommodates the choir. This is approached by steps at each side. The front of the rostrum and the desk are of polished blackwood. The ceiling is lined with V-jointed Tasmanian hardwood, fixed diagonally on the sloping part of the lining on the underside of the roof timbers. The front of the building is gabled, and has an entrance lobby on each side. The roof is covered with corrugated iron, which is painted. The building is adapted for Sunday-school and church purposes. There are seven class-rooms, each 12ft. 6in. by 8ft. 3in.; also vestry and infants' room, the latter being 24ft. by 18ft. ….At the rear of the rostrum are lead lights, glazed with tinted cathedral glass. The windows in each side of the building are glazed with white cathedral glass. The walls inside the nave are plastered, dado-painted, and finished with neat stencil…..The building, which has seating for 350, is lighted throughout with gas…..The architect was Mr. J. Maddison, and the contractor Mr. D. E. Vout. Amongst those present at the dedication service were the Mayor (Alderman Kerr) and several of the aldermen…..A tea meeting was held in the High street building, and was attended by about 400 people”.

The original church of 1905 is little changed although its interior space has been reconfigured and the entry is now through a modern extension built on the north east side of the building. The Swan Street Uniting Church is now well over a century old but its roots go back to the original High Street Sunday school which was established close on 200 years ago. 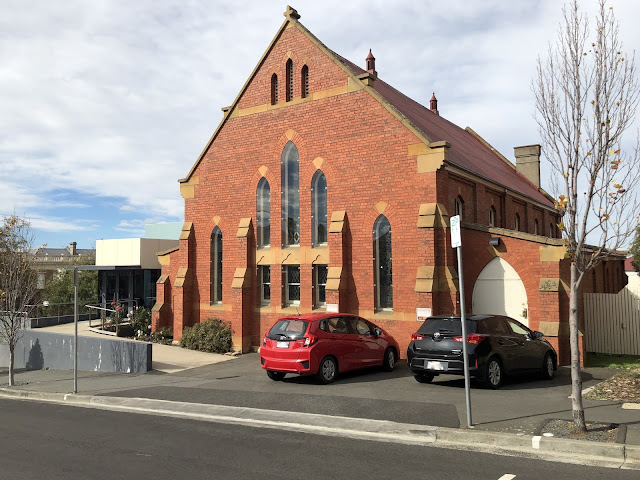 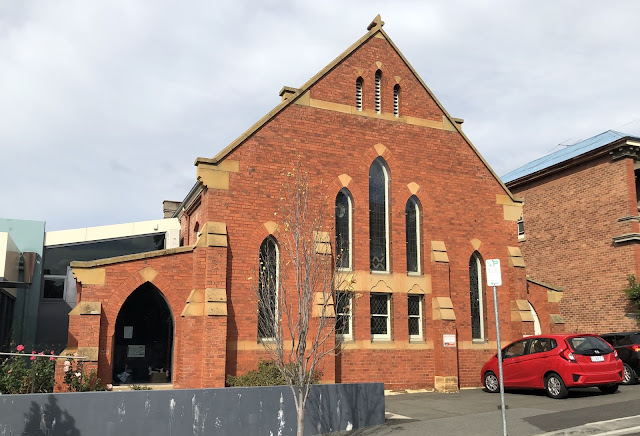 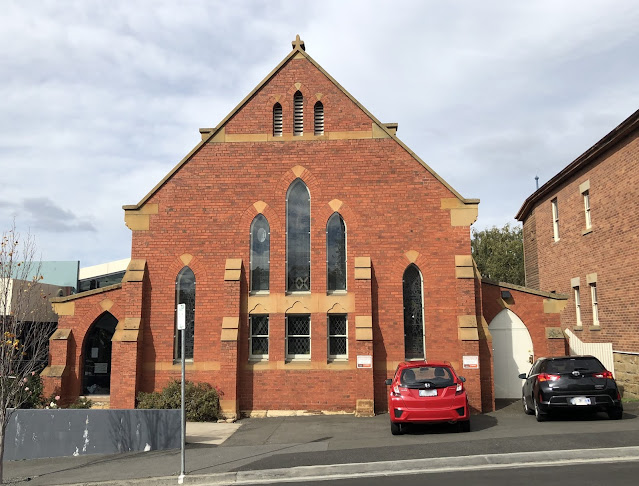 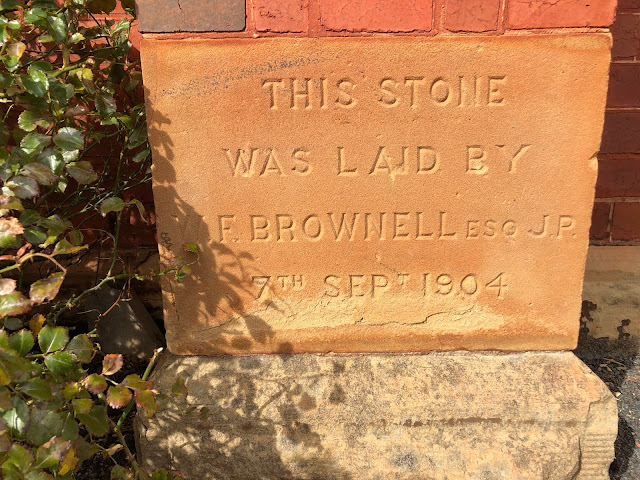 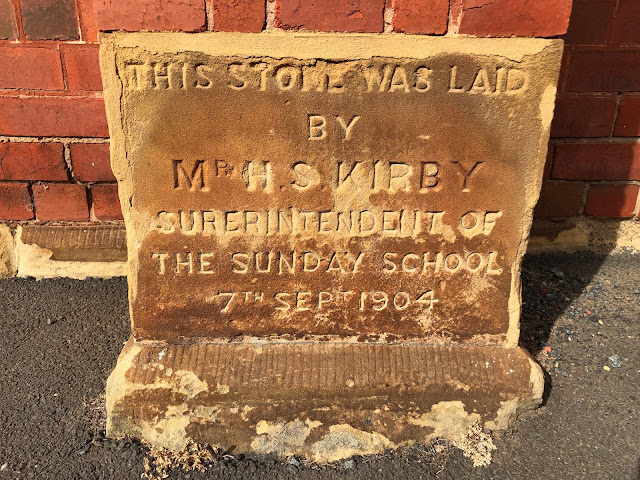 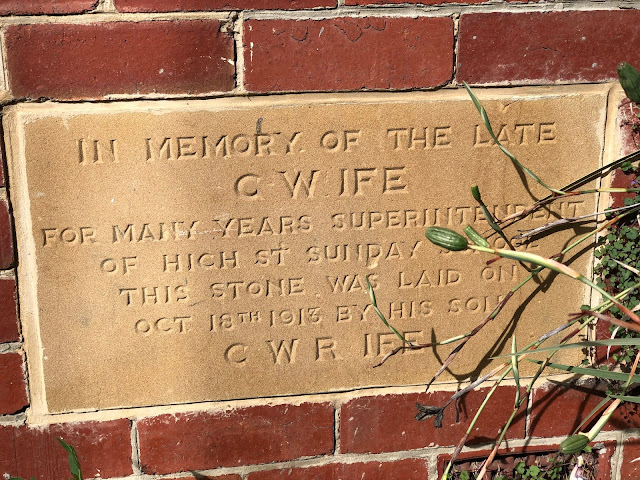 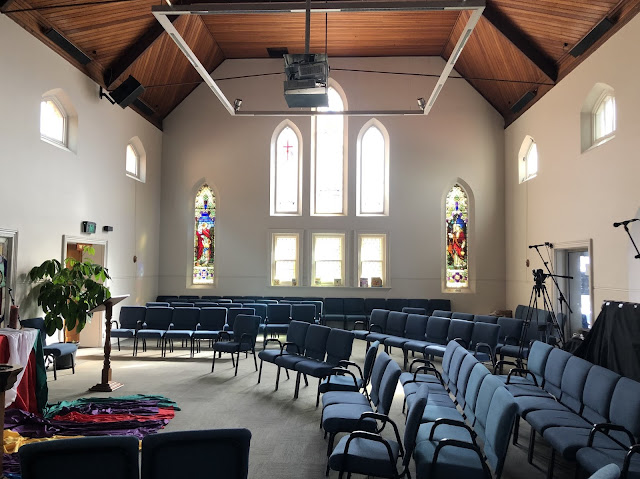 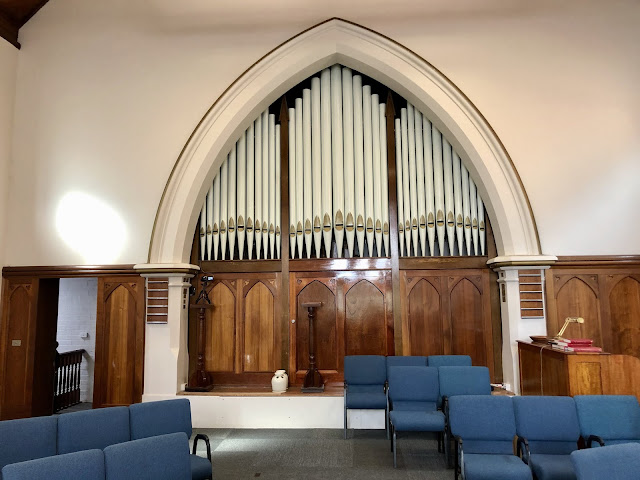 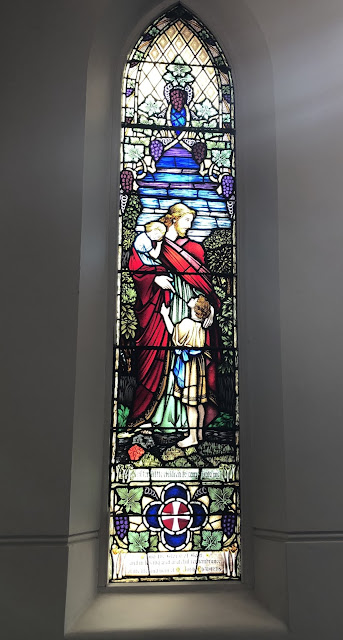 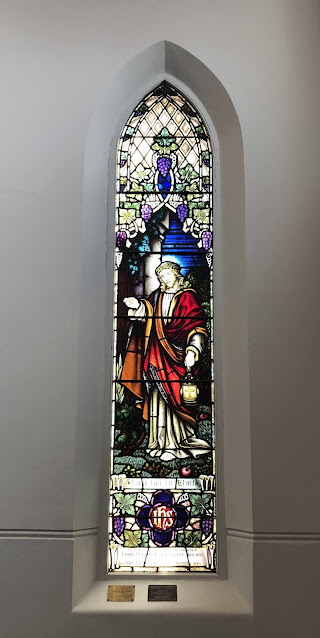 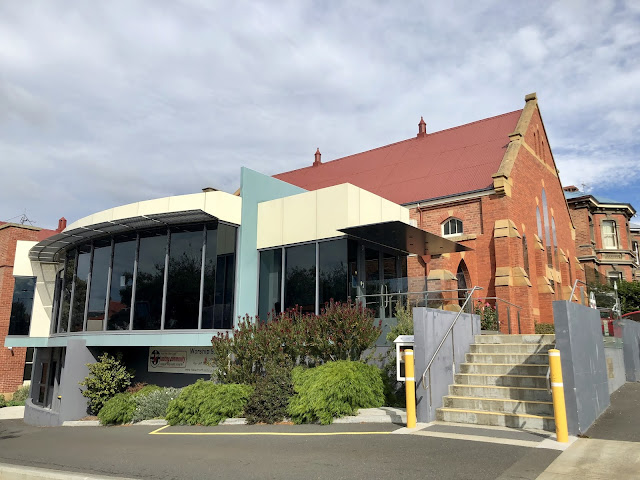