- July 17, 2021
Smithton is the commercial and industrial centre of the Circular Head district in the far northwest of the island. The early settlement was known as Duck River but this was changed to Smithton in 1895. Smithton is named after an Irishman, Peter Smith, who had been a constable, and later the licensee of ‘The Plough Inn,’ at Stanley. Smith moved to Duck River after buying some 500 acres of land from the Poke and Ollington families. Smith’s successful enterprises enabled his return to Ireland.

The Seventh-day Adventist Church was established in Tasmania in 1888. The denomination originated in the USA in the 1860s and in 1885 a group of Adventists travelled to Australia and began preaching in Melbourne. After a community was formed in Melbourne in 1886, members moved on to Sydney, Adelaide and Hobart. Public tent meetings were held in Sandy Bay in 1888 which led to the establishment of a church at Collinsvale and then Hobart followed by Launceston in the early 20th century.

Smithton’s Seventh-day Adventist church is located on Gibson Street. While the church opened in 1959, the Adventist community’s origins in the Circular Head region date back to a church established at nearby Irishtown in 1932. [See No. 956]. The growth of the Adventist church’s membership in Smithton in the 1950s led to a move from Irishtown. In 1954 a building committee was established which resulted in the construction of the present concrete church.

The church was opened and dedicated on Saturday 28 November 1959. The dedicatory address was delivered by Pastor W.E. Rudge with about 200 worshippers in attendance. The building was valued at £5000 and at the time of the opening was almost debt free. 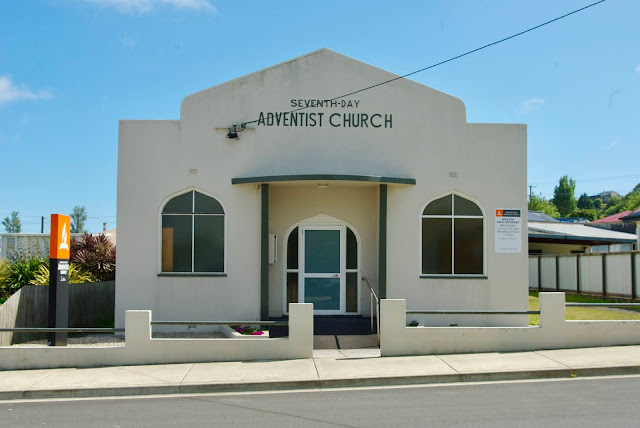 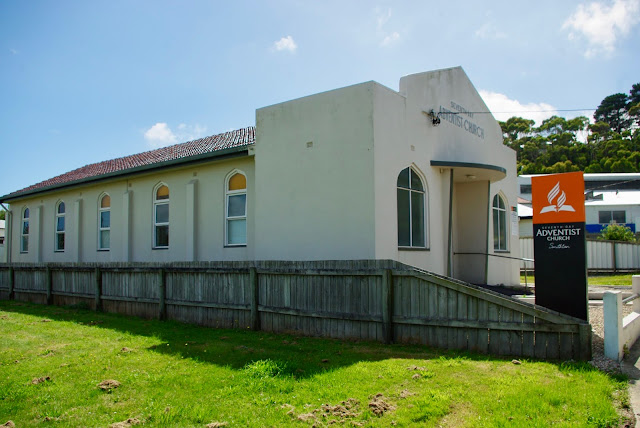 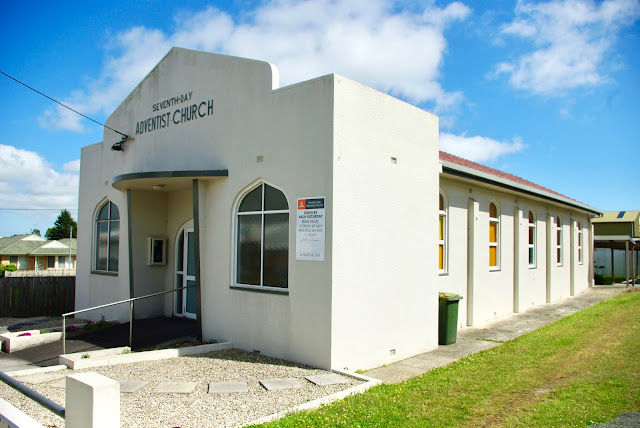