- August 13, 2021
The suburb of North Hobart, as the same suggests, is on the northern fringe of the city. It has evolved into a mixed residential and commercial area since it was developed in the 1830s. Pitt Street, which runs southwest from Elizabeth Street, was called King Street until 1921 when it was changed to avoid confusion with another King Street in nearby Sandy Bay.

The 'King Street' church and school were established by Reverend Isaac Hardcastle Palfreyman in 1883. The construction of the church was funded by Palfreyman while the school house was probably the same building as the King Street Baptist Sunday school which was established by the Sunday School Union in August 1871. The church and schoolhouse stood alongside each other but only the church remains.

Isaac Palfreyman was an ordained minister of the Church of England who migrated to Victoria from Derbyshire in 1861 to become assistant pastor of the Primitive Methodist Mission at Ballarat. In 1872 he moved to Longford to take charge of the Methodist circuit. He moved to Hobart in 1881 accepting the pastorate of the Free Methodist Church in Murray Street. Two years later he established an Independent Church in ‘King Street’, where he also ran a private school between 1883 and 1896. Palfreyman was a fierce advocate of temperance. Upon his arrival in Hobart he formed a temperance society and was later active in the Order of Good Templars, becoming Grand Chief Templar.

The opening of Palfreyman’s church took placed on Sunday 25 March 1883 with the ocassion recorded by the Hobart Mercury:

“A new place of worship was opened in King-street, three services being held during the day, conducted by the Revs. I. H. Palfreyman and F. W. Bamber. There was a large attendance at each service, exceeding the promoters' expectations. The musical portion of the devotions was rendered by the aid of a choir, under the precentorship of Mr. Evans, the harmonium being played by Mr. Minton and Mrs. Palfreyman. The building is 60ft. in length and 20ft. broad, and having been erected at a cost of about £270, was opened free of debt. Services will be held every Sunday at 11 a.m. and 6.30 p.m.”.

The school alongside the church (on the corner of Andrew Street) functioned as a day and night school providing education for the poor in the King Street area. A Sunday school was also held in the school building.

From the turn of the century Reverend Robert Cairns led the King Street church while Reverend Palfreyman remained involved up until his death in 1921. The Church and the Sunday school remained active until the early 1950s although I have not established the date of its closure. Little information is available about the King Street school after 1900 and the date of the school’s closure and the building's demolition is not known. 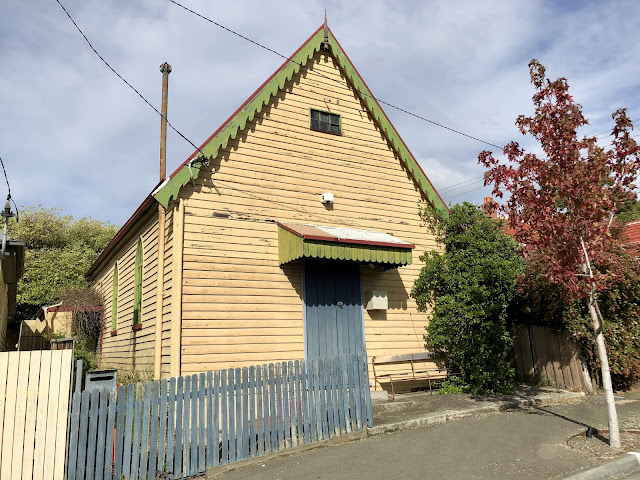 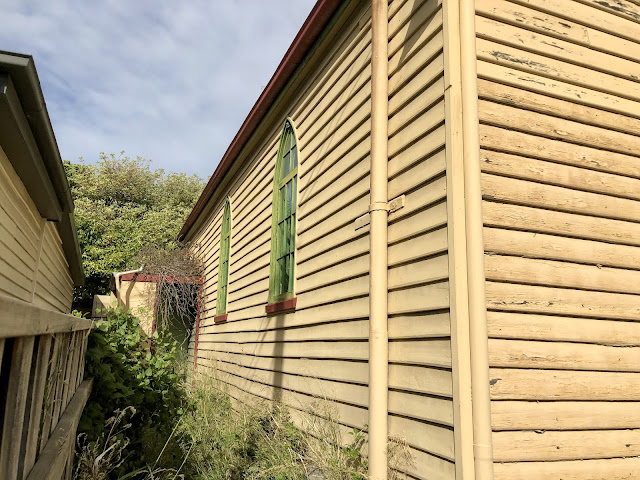 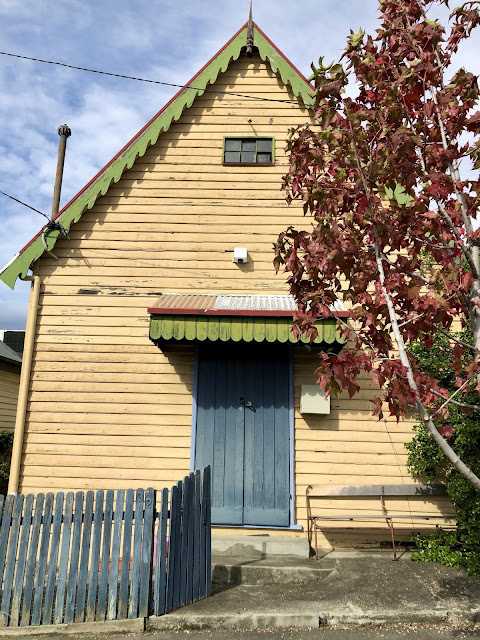