- August 31, 2021
West Hobart is an inner-city suburb of Hobart immediately west of the city centre. The suburb occupies the high ground below Knocklofty Hill.

Located at 152 Goulburn Street, this building is perhaps better known as the former parish hall and Sunday school of St John the Baptist Church. For a brief time it was a church in its own right, serving a new parish in West Hobart that was established in 1844. St John the Baptist was the sole church of the parish until 1856 when it was supplanted by its namesake, which was built on the corner of Goulburn Street and Forest Road.

A tender for the construction of a church on Goulburn Street was advertised in April 1841 but no progress was made with this until 1844. The church, or chapel as it was sometimes called, was largely completed by January 1845. In that month, the Colonial Times published a brief account of the building:

“In one of our gentle peripatetic strolls through the suburbs of the town, we came most unexpectedly, and most delightedly too, in view of a very pretty little church, or perhaps, to speak more correctly, chapel, in a sort of glen in Goulburn-street, in which it has risen up quietly, unostentatiously, and most appropriately. Of the Tudor style of architecture, it presents that rustic appearance which charms by its simplicity, while it so well accords with the comparative lowliness of its locality; and there, amidst much of what is humble, if not corrupt, in human nature, stands this unpretending but holy temple for the pure worship of the great and true God. This little chapel bas been erected, chiefly, as we understand, through the exertions of Bishop Nixon, aided by some of the friends of his church,…The builders are Messrs. Cleghorn and Anderson, whose fine work the Cathedral on Trinity Hill, shames the feelings of all good men by remaining in its present unfinished state,…. we understand that it will be opened for divine service in a short time, previously to which it will be consecrated by the Bishop….”

St John the Baptist was opened by Bishop Francis Nixon on Sunday 25 May 1845. The Courier carried a brief report on the occasion:

“This neat little edifice was opened on Sunday last, for divine worship, by the Lord Bishop of Tasmania. His Lordship delivered on this interesting occasion an excellent address from Matthew xii, v. 5 ; from whence he enlarged, with peculiar clearness of illustration and force of expression, on the purposes for which the edifice was designed. Forming what his Lordship beautifully designated it, "The Poor Man’s Chapel," it will afford the means of grace to a densely populated, but much neglected district, and, under the charge of its zealous and amiable pastor, will doubtless be rendered a blessing to many who have hitherto disregarded the message of salvation. The numerous and highly-respectable congregation appeared to take a deep interest in the services. At their conclusion, a liberal collection was made towards defraying the expenses of erection. The funds, we believe, have hitherto been entirely furnished by voluntary contributions. We understand there will be two services every Sabbath and one every Thursday evening….”.

An interesting footnote is that the old church has a “twin”, being St Mark’s at Bellerive, which was built in 1851 to the same plan as St John the Baptist.

With the opening of the new St John the Baptist church in 1856, the original church was put to use as a parish hall and Sunday school. Over the years the old church and its associated buildings have been used as a local kindergarten, a meeting place for youth groups, an auctioneer’s premises and the Apprentice Theatre for young actors. The building has been restored in recent years and is now house. 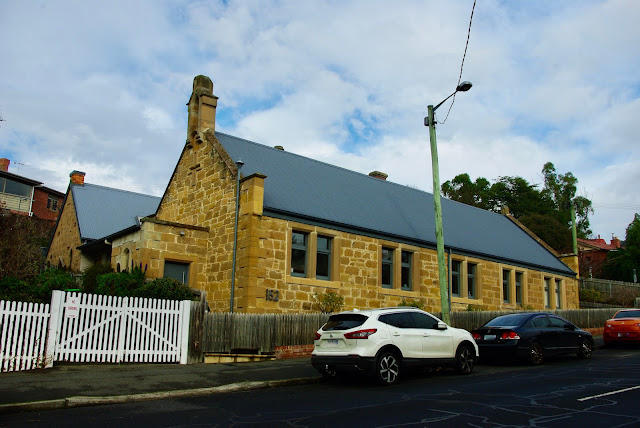 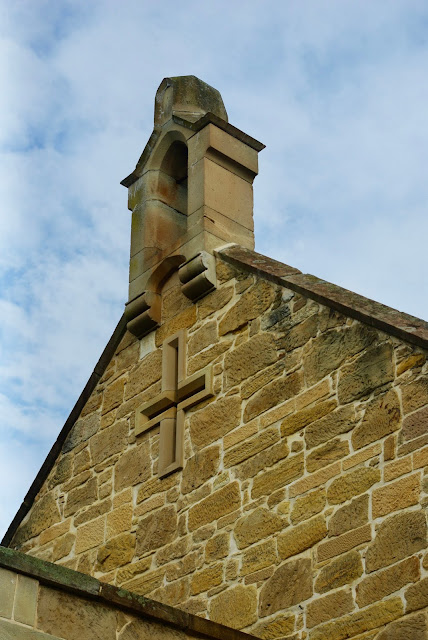 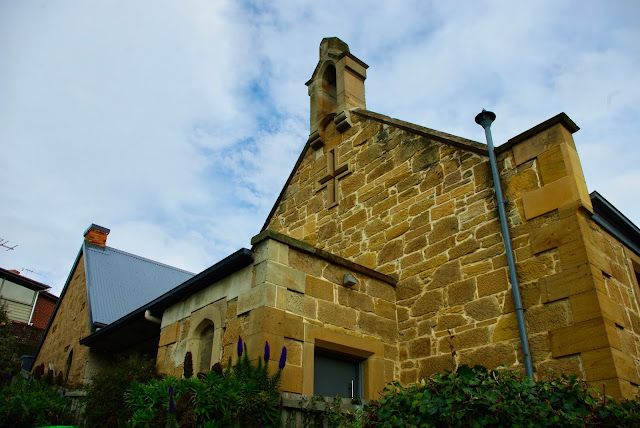 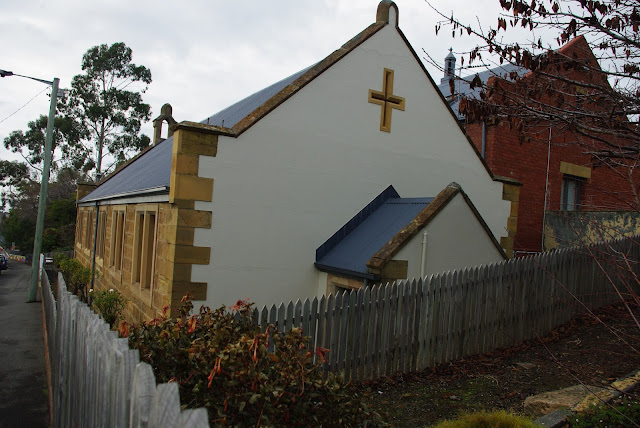 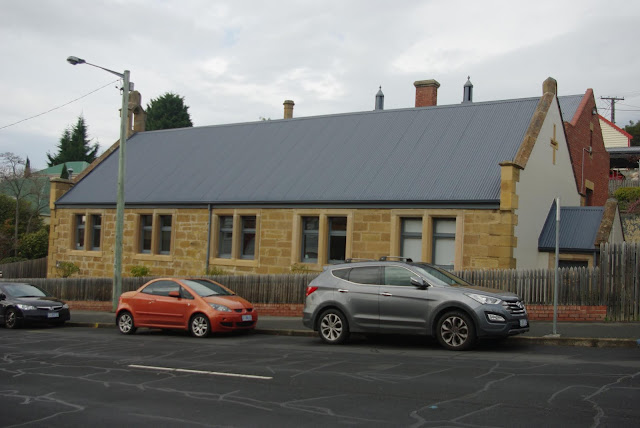