- December 10, 2021
Smithton is the commercial and industrial centre of the Circular Head district in the far northwest of the island. The early settlement was known as Duck River but this was changed to Smithton in 1895. Smithton is named after an Irishman, Peter Smith, who had been a constable, and later the licensee of ‘The Plough Inn,’ at Stanley. Smith moved to Duck River after buying some 500 acres of land from the Poke and Ollington families. Smith’s successful enterprises enabled his return to Ireland.

The Christian Brethren arrived at Circular Head in the late 1870s and the first regular services were held in a small hall at Scotchtown. In 1886 a Gospel Hall built on the King Street site. The focus of this blog entry is on the opening of a second hall on the same site in 1941. The history of the original hall will be the focus of a seperate article.

In December 1941 the Circular Head Chronicle published a short report concerning the official opening of the hall as well as a description of the building:

“During the week-end the new Gospel Hall was opened. The building of cement bricks is the first of its type in Smithton, and is situated at the corner of King and Emmett Street on the site of the old hall. The foundations were laid, and the cement bricks made, by Mr. Dave Lovegrove; then the bricklayers were procured from Hobart to lay them. the structure was completed by Messrs Murfet Bros., and consist of the main hall, an entrance porch and an anteroom. The outer doors are made of blackwood, and the speakers’ stand is of handsome figured hardwood, all local timbers”.

“There were approximately two hundred people at each of the three meetings, the largest attendance being at the evening service. The main speaker at the gatherings was Mr. George Keetley from Melbourne, and the official opening was conducted by Messrs. Philip Quilliam and William Lovegrove”.

An interest feature of the Gospel Hall is a large Norfolk Pine standing in front of the building. In 1902 two seedlings were planted by Richard Barnes as a memorial to two local men, Eric Ford and Reginald Gaby, who had enlisted to fight in the Anglo-Boer War. The two trees were named after Boer War heroes General’s Frederick Sleigh Roberts and Robert Baden-Powell. Only one tree survives which is decorated with Christmas lights each year and is said to be tallest Christmas tree in Australia.

The Gospel Hall closed in recent years and was sold in 2017. Additional information about this church is most welcome as all articles are updated. I can be contacted through this page or my Facebook page "Churches of Tasmania" which is linked here: <Churches of Tasmania>. 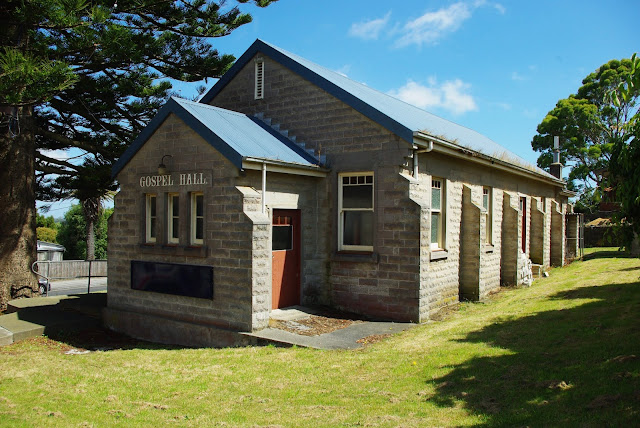 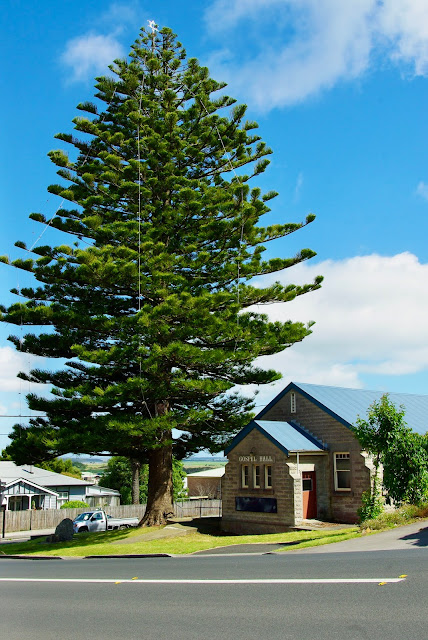 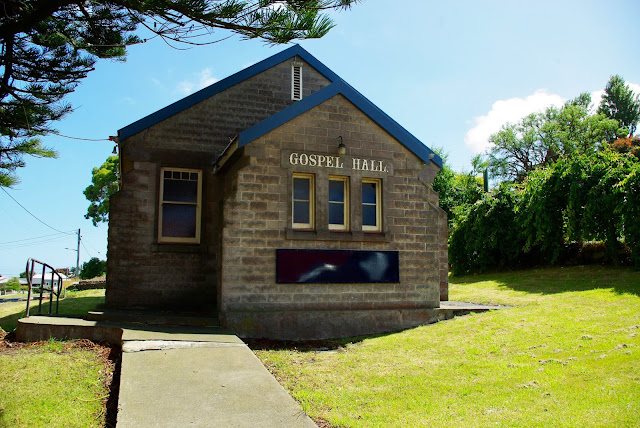