Hobart’s Baptist Church, or Tabernacle, opened in January 1889. While the Baptist presence in Hobart dates back to 1835, it was the arrival of Irish born preacher Rev. Robert McCullough, supported by William Gibson of Native Point, the benefactor of tabernacles at Deloraine, Longford, Launceston and Latrobe; that revived the Baptist cause in the city.

The Hobart Tabernacle is the third place of worship built at the Elizabeth Street site. The history of the Tabernacle’s development is succinctly outlined in an article in the Hobart Mercury, published at the time of the laying of the building’s foundation stone in 1887:

“The history of the Baptist cause in Hobart, or at least that portion of it over which Pastor McCullough exercises spiritual charge, is not a long one. Just four years ago - on the first Sunday in October, 1883 - he commenced preaching in the Exhibition building, and kept it up for some time with success, until at last the use of the building was taken from him. It was his custom at that time to spend Saturday evening in Liverpool-street distributing handbills announcing his next day's services, and the result of this judicious advertising was that very good congregations attended his ministrations from the beginning, although there was no regular church organisation".

"When the Exhibition-building was compulsorily vacated, the pastor and his congregation were without a place of meeting, but this was only for one Sunday. Previous to this the allotment of land in which the present Tabernacle stands was purchased, and a temporary building which well deserved the name of Tabernacle, was put up, its erection occupying only six days. It was constructed of packing cases, iron, and other materials of a like nature, and its architectural lines suggested to some newspaper wag, the idea of dubbing it a "shedifice," and the name adhered to it until it was demolished. Its alternative appellation was the tin chapel, and when it rained the congregation were obliged to keep well in the centre of the building to avoid a baptismal sprinkling”.

“However it did duty until the present Tabernacle was erected. On November 4, 1884, the foundation stone of the then new stone building was laid, and it was completed and opened for worship on March 22nd, 1885. Since that time the history of the church has been one of steady progress and success. The foundations of what promises to be a prosperous cause have been laid both broad and deep, the congregation has increased in numbers until the accommodation in the present building is too limited for them….consequently it was felt that the Tabernacle should be relegated to schoolroom purposes, and a building more suited to the needs of a metropolitan congregation, and more in keeping with the church architecture of our principal city should be erected….”.

The 1885 tabernacle and school room described by the Mercury still stands behind the Hobart Baptist Church.  It is now known as the Lower Hall.

In October 1887 a description of a new Tabernacle, designed by George Fagg,  was published by the Tasmanian News:

“The plans of the edifice are in the Italian renaissance style, the body of the masonry being pink stone, and the pilasters, columns, and entablature of white stone. The capitals of the columns are of the Corinthian order, and very handsome. The ground plan shows a building 62 by 72, which extends from Elizabeth street back to the present Tabernacle….The entrance, which will be from Elizabeth street, will be a little, above the street level and will be blanked on each side by columns and pilasters. The interior plans provide for a gallery round the four sides of he building…The floor space will be furnished with circular seating radiating from the rostrum as a centre, and it is calculated will give accomodation to 500 people, and the galleries are estimated to hold 300….”.

The foundation or cornerstone for the new Tabernacle was officially laid on Wednesday 5 October 1887 by Mary Ann Gibson, wife of William Gibson Senior. Her son, William Gibson Junior donated £1000 matching funds given by his father. In total the Gibsons provided £3,500 towards the Baptist cause in Hobart.

The Tabernacle officially opened on Sunday 20 January 1889 with Reverend S. Chapman of the Collins Street Church, Melbourne, “officiating in the pulpit”.

The galleries which were part of the Tabernacle’s original design were never built. However, the building’s interior and magnificent facade are little changed since it was completed over 130 years ago. 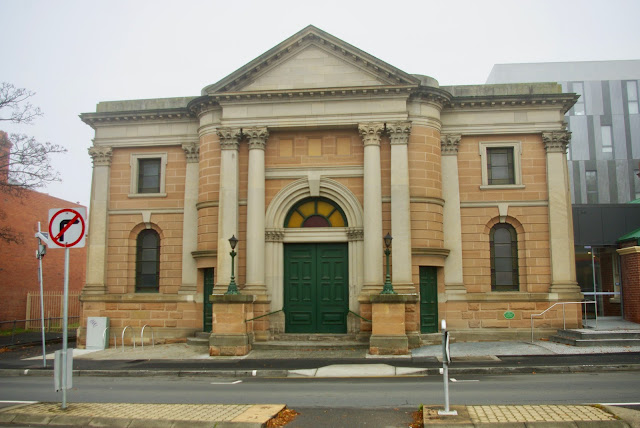 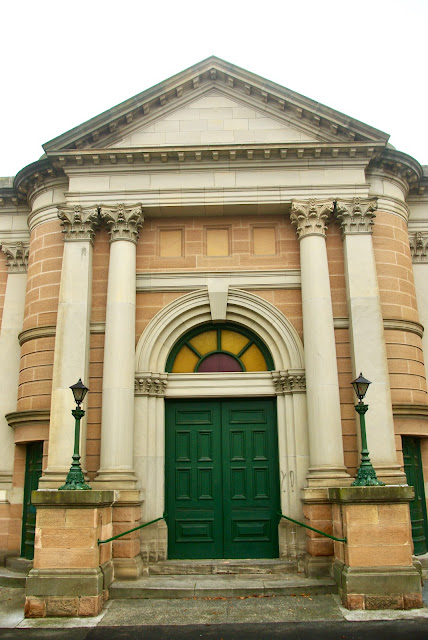 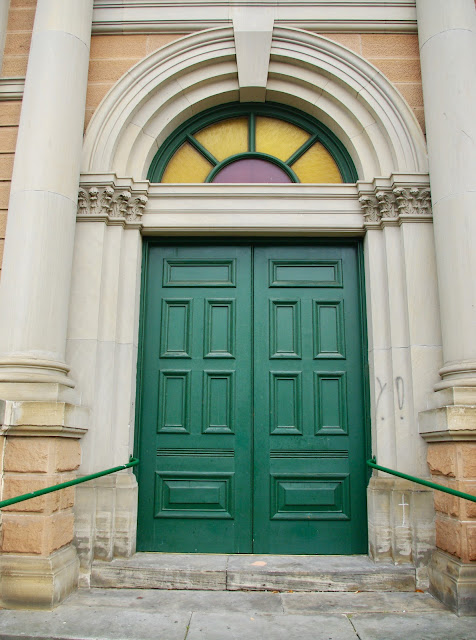 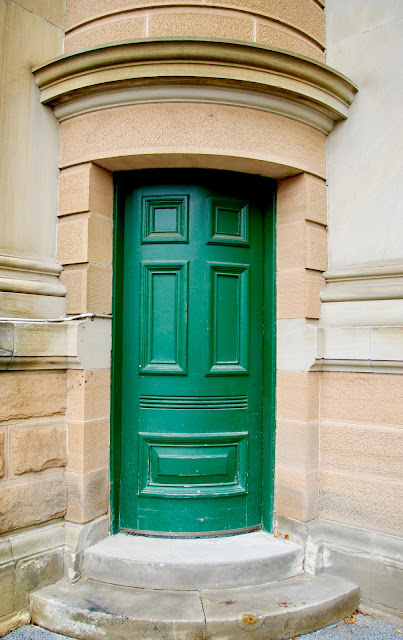 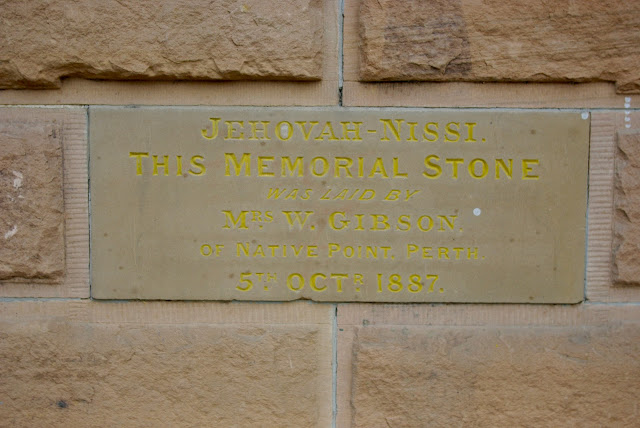