- April 24, 2022
This entry is another in a series of articles concerning buildings associated with some of Tasmania’s most significant churches. These buildings include Sunday schools, parish halls, convents, schools and residences of the clergy. Ancillary buildings are often overlooked and are rarely featured in published histories. My aim is to create a simple record of some of the most significant of these buildings, including some which no longer exist.

Sheffield’s Baptist church was officially opened on 31 January 1931. The brick building replaced an weatherboard church (1891) that was destroyed in a fire in March 1930.

In 1952 a new Sunday school hall was opened alongside the church. The opening of the hall on Saturday 17 May is described in a report carried by The Advocate:

“The new Baptist Sunday school hall was opened by the president of the Tasmanian Baptist Union (Rev. J. Roberts Thomson), in the presence of a large gathering. The golden key was then handed to the building secretary (Mr. G. O. Brown), and Rev. M. Brewer, of Devonport, led the prayer. Approximately 160 people sat down to tea in the spacious hall, which is of weatherboards with a brick front. It has a kitchen and other rooms attached, and is to be used for Sunday school and social purposes….”

It is a simple but striking building with a facade that complements and accentuates the ornate brick church alongside. The architect of the building is not known. 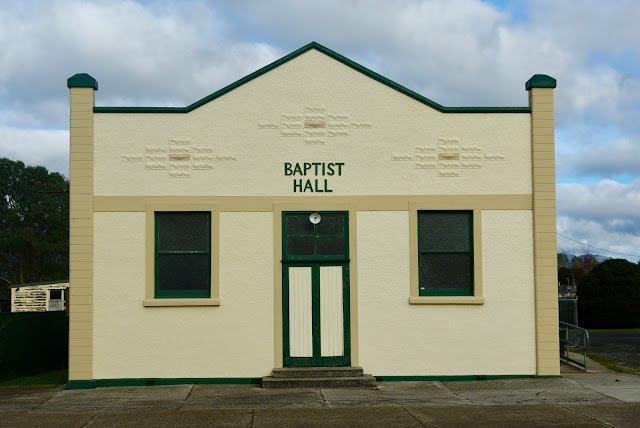 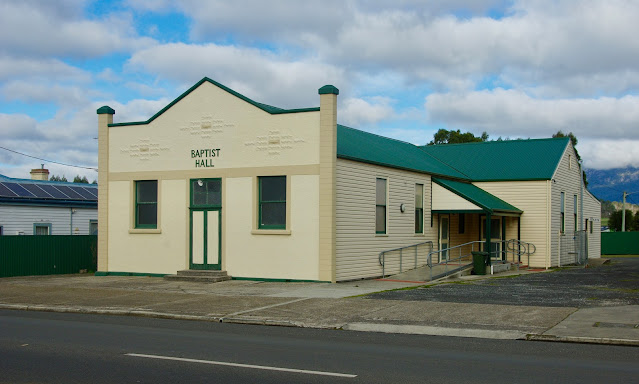 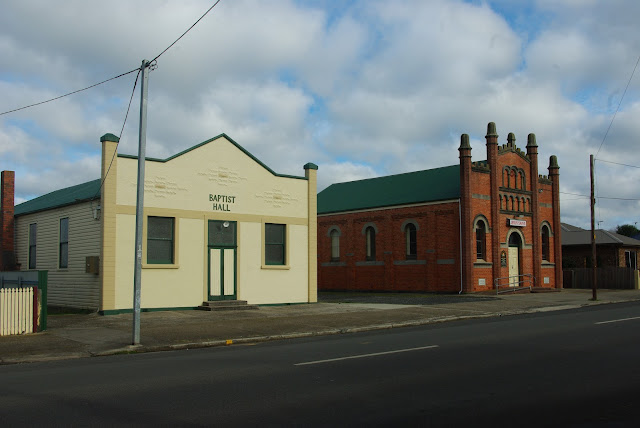