- April 26, 2022
This entry is another in a series of articles concerning buildings associated with some of Tasmania’s most significant churches. These buildings include Sunday schools, parish halls, convents, schools and residences of the clergy. Ancillary buildings are often overlooked and are rarely featured in published histories. My aim is to create a simple record of some of the most significant of these buildings, including some which no longer exist.

New Town is a northern suburb of Hobart. It is also one of Hobart’s oldest suburbs and consequently the area contains many historic churches. New Town became a municipality in 1907 but was absorbed into Greater Hobart in the 1920s when its municipal status was relinquished.

St James’ Anglican church was built on Augusta Road in 1916. A parish hall was built alongside the church in 1922 with the foundation stone ceremonially laid by Bishop Hay on Saturday 17 June. The building was officially opened by the Premier of Tasmania, Mr John Hayes, on Wednesday 8 November 1922. ‘The World’, a Hobart newspaper, provides information about the ceremony as well as details of the building itself:

“Through the generosity of a deceased member of St. James' Church, Newtown, Mrs Gilchrist Watt, who bequeathed to the church a large sum of money, the parishioners have been enabled to erect a very handsome brick hall. The building is to be used for certain purposes in connection with the church. Situated near the junction of the Newtown and Augusta Road trams, the hall shows up prominently from many points of view, and forms a centrally situated meeting place for the parishioners. It is constructed of red brick with a steeply pitched roof of red terra cotta tiles, and the skyline is broken by a ventilating fleche and zinc spire. The walls are of brickwork, and are divided into bays by brick piers supporting a heavily timbered roof principals, and the ceiling Is of fibrous plaster in panels between margins of Tasmanian hardwood. The lighting for the hall is effected by long windows placed some distance above the floor. The building comprises a large hall and meeting, kindergarten and Bible class rooms, and a well-equipped kitchen…The architects were Messrs Roy Smith and Frank Hayward. The building cost approximately £3300…”. 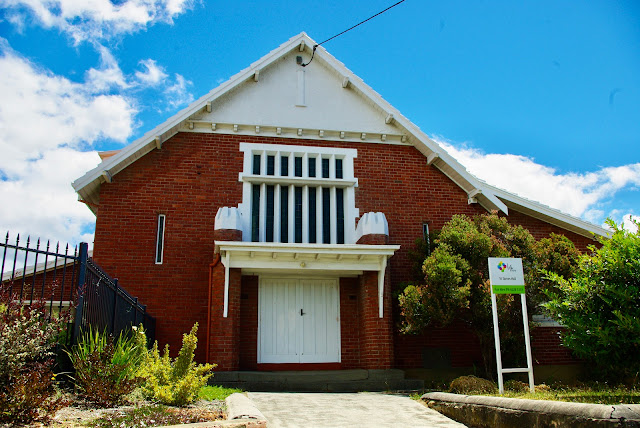 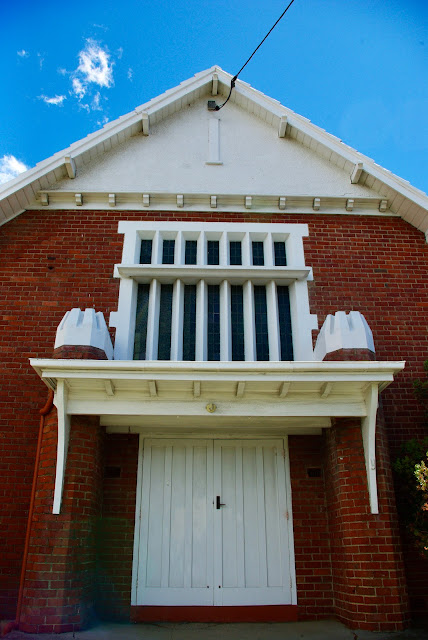 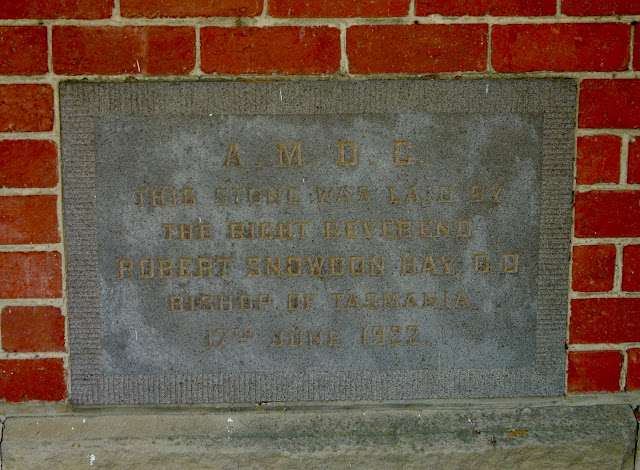 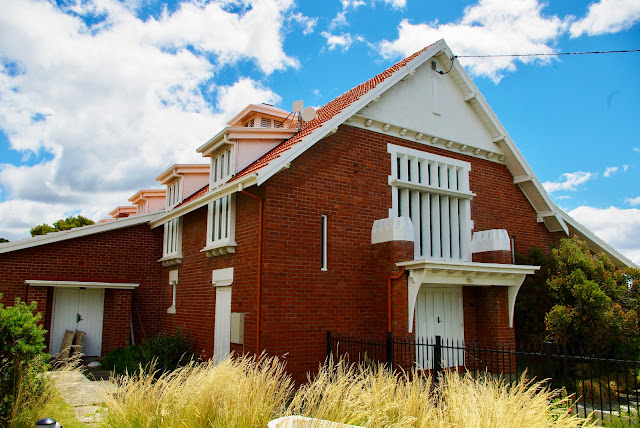