- May 06, 2022
The Melville Street Uniting Church is one of Hobart's oldest original churches still in use. Construction of the church began in 1837. It was designed and built by Henry Chapman and was closely modelled on the City Road Wesleyan Chapel in London. The church, called the Wesleyan Centenary Chapel, opened in 1840. Its name commemorated the beginning of John Wesley’s Methodist movement in 1738.

The history of Wesleyan Methodism in Tasmania dates back to 1820 when Reverend Benjamin Carvosso stopped off at Hobart while on route to Sydney, on the instruction of the Methodist Mission Board. From the steps of the Hobart Town Court House, Carvasso preached the first Methodist sermon in the colony.

In August 1821, the ship Brixton, en route to New South Wales from England, called at Hobart. Among the passengers were three Methodist missionaries - the Revs. S. Leigh, W. Horton, and W. Walker. In view of the need for a resident minister, Reverend Horton agreed to remain and assume the administration of the local Methodist church.

In 1822 a site for a church was granted to Reverend Horton by Lieut.Governor Sorell. As its location was not suitable, another site in Melville Street was offered by a local merchant, David Lord. The construction of a Methodist chapel began in 1825 and was completed early in the following year. The building was officially opened by Reverend Carvossoon 12 February 1826 . In 1828, in recognition of the progress of the Methodists, Lieutenant Governor Arthur made a grant of two acres of land. This was subsequently sold, and a site alongside the 1826 chapel was purchased.

The Hobart Courier published the following account of the official opening:

“This new Wesleyan Chapel in Melville-street was opened to the public, pursuant to the announcement, on Sunday last. The morning service was conducted by the Reverend Mr. Waterhouse, the General Superintendent, who gave a very impressive discourse. A second service in the afternoon at three o' clock, was performed by the Reverend Mr. Hurst from Port Phillip; and the Reverend Mr. Cargill, M.A., who has recently arrived from the Fejee Islands, conducted the third service, at six o'clock in the evening, at which His Excellency Sir John Franklin and a large party of ladies and gentlemen were present.

The exterior of the chapel is remarkable only for its extreme simplicity, and the interior is in the same style, a scrupulous avoidance of all meretricious ornament having evidently been consulted. The area is upwards of seventy feet by fifty, with a spacious gallery extending round three sides of the building, with a separate one behind the reading desk, appropriated solely for the singers. The chapel was very brilliantly lighted for the evening service with ten large and handsome or molu chandeliers, of three argand burners each. The collection during the day amounted to upwards of £100. The edifice is substantially built, and the joiners and carpenters' work exceedingly well executed, the whole reflecting the highest credit upon Mr. Chapman, the builder, to whose care the erection was entrusted”.

After the opening of the new church in 1840, the original 1826 chapel became known as Wesley Hall. In acknowledgment of the church’s original name, the building is now known as ‘Wesley in the city Uniting Church’. Weekly worship in the Wesley Church is hosted by the Faith Methodist Church (a congregation of the Chinese Methodist Church in Australia). A monthly service is held in English, with other services primarily in Mandarin. 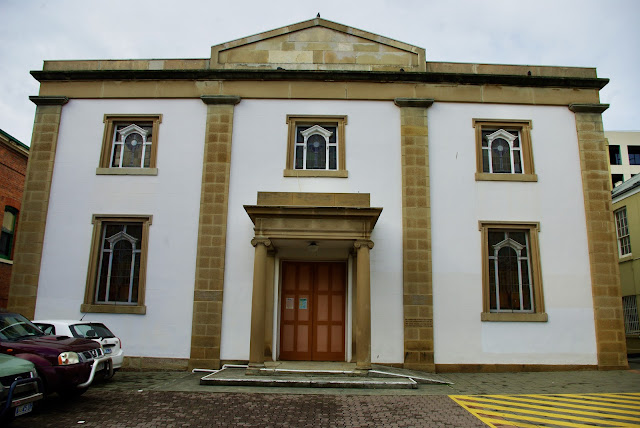 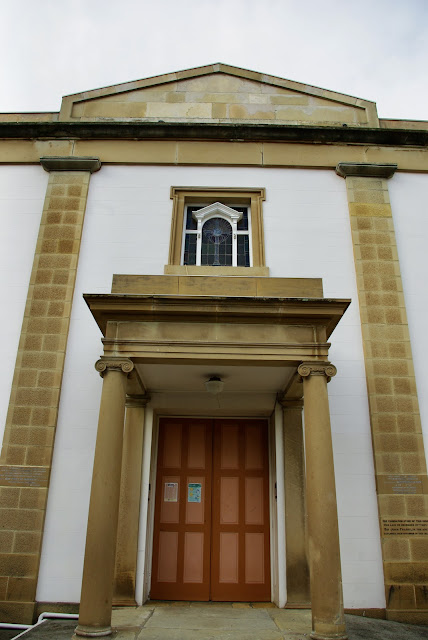 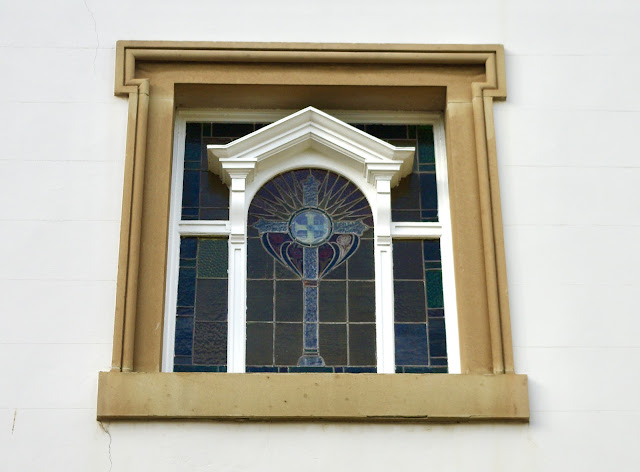