- May 25, 2022
This entry is another in a series of articles about buildings associated with some of Tasmania’s most significant churches. These buildings include Sunday schools, parish halls, convents, schools and residences of the clergy. Ancillary buildings are often overlooked and are rarely featured in published histories. My aim is to create a basic record of some of the most significant of these buildings, including those which no longer exist.

On Saturday 2 September 1911, two foundation stones were ceremonially laid marking the start of construction of the Memorial Hall. One stone was ‘laid’ by Reverend G. Clarke, a former president of the Congregational Union of Australia and the other stone by Captain J.W. Evans, a local member of the federal parliament.

Construction of the Memorial Hall was completed in the following year and the building was officially opened on Sunday 17 March. The Mercury’s report of the opening ceremony provides details of the building:

“The new Memorial-hall, which has been built to serve the purposes of a Sunday-school and other gatherings in connection with the Memorial Congregational Church in Brisbane-street, in the place of the old historic building, was formally opened and dedicated yesterday afternoon in the presence of a large gathering of Sunday-school teachers, scholars, parents, and friends. The service was conducted by the pastor (Revs. W. Sharp), and opened with a procession of Sunday-school scholars and teachers, including a considerable number of little ones of the Kindergarten School, for whom small armchairs were arranged immediately in front of the platform. As they marched in they sang "Onward Christian Soldiers," followed by the congregation singing "A children's temple here we build”.

“An appropriate portion of scripture was read by the pastor, who offered the dedication prayer; and Mr. G. V. Brooks, in the course of an interesting address to the children, so riveted their attention that at times they shouted "yes," "no," and gave other answers. He remarked that they were exceedingly fortunate in Brisbane street in now having the best Sunday school building in the city. In years gone by money was spent in reformatory work at the wrong end, by using gaols and resorting to punishment, but nowadays we were beginning at the right and in caring for the bodies, minds, and souls of the children, helping them to grow up in a better way, and these efforts were beginning to tell for good”.

“The building is not quite complete yet, the classrooms remaining to be finished, and some of the masonry and other work in front; also the caretaker’s cottage at the side. The cost of the building has been just £3,000. Messrs. Ricards and Heyward are the architects, and Mr. W. A. Seabrook the contractor”. 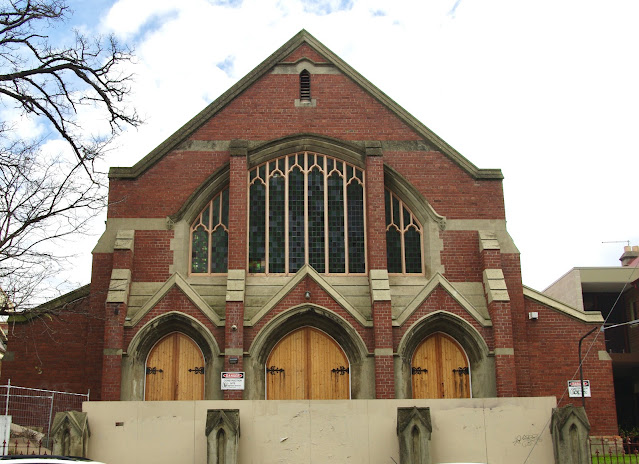 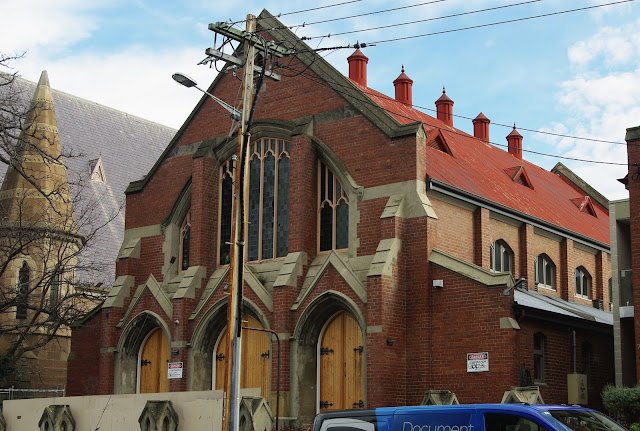 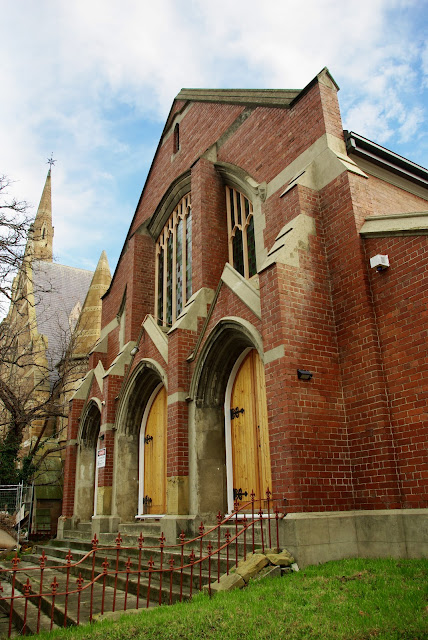 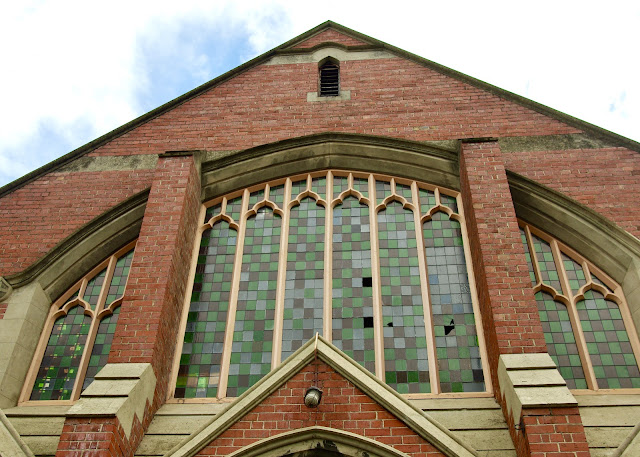