- July 25, 2022
This entry is another in a series of articles about buildings associated with some of Tasmania’s most significant churches. These buildings include Sunday schools, parish halls, convents, schools and residences of the clergy. Ancillary buildings are often overlooked and are rarely featured in published histories. My aim is to create a basic record of some of the most significant of these buildings, including those which no longer exist.

Ross is a well known historical town off the Midlands Highway approximately 120 kilometres north of Hobart. It was named by Governor Lachlan Macquarie in 1821 after the Seat of his friend H.M. Buchanan of Loch Lomond in Scotland.

The original St John’s Sunday school opened in 1847, ten years after the the town’s first Anglican church was completed on a hilltop site near the old cemetery. The school was rebuilt in 1902. Little information about the original building is available. It is not known if the design of the 1902 building is substantially different from the original school.

The school was used as a place of worship for a period of almost two years following the old church’s demolition in 1868 and the completion of the new church in 1869. 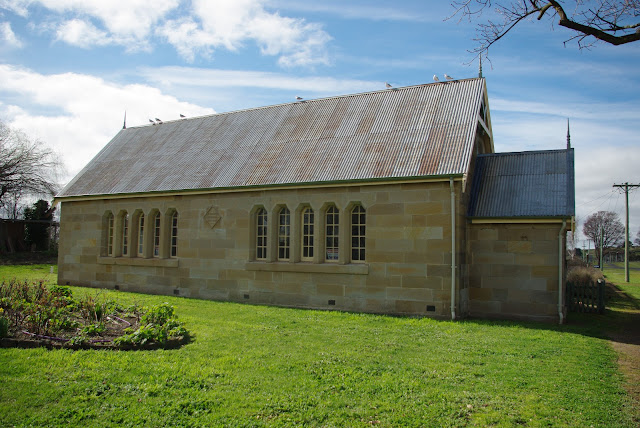 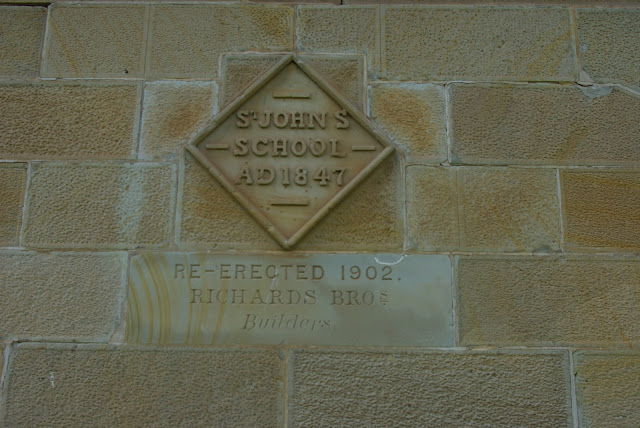