- December 09, 2022
The landmark All Saints Anglican church on Macquarie Street, South Hobart, is the second church built on this site. Following the creation of the All Saints parish in 1855, a ‘temporary church’, known as ‘All Saints chapel’, was erected as a place of worship until a permanent church could be built. [see No. 575 ]

In 1858 construction began on a new church. It was of an early English Gothic design by architect Henry Hunter. The building’s foundation stone was ceremonially laid on Thursday 2 December 1858:

“The ceremony of laying the first stone of the Church proposed to be erected in the Upper part of Macquarie-street took place, as announced in the Courier of yesterday, at three o'clock in the afternoon. The ceremony was performed by His Excellency the Governor, attended by the Lord Bishop of Tasmania, in the presence of a large number of ladies and gentlemen, ….The parish of All Saints, which was formerly included in St. George's parish, is fast increasing in population, particularly of the lower classes, and it is much to the credit of the promoters of this enterprise to find that their efforts have been crowned financially with considerable success. The ground on which the church is built cost £500; it was paid for, and a grant has been got out in the name of trustees. The present wooden structure, wherein Divine service has been conducted for the last three years, cost £270, also paid for, and the allotment of ground upon which it stands has been fenced”.

The church, built by Mr James Dixon, was officially opened on Thursday 18 August 1859. The following report of the event was published in the Hobart Town Advertiser:

“Yesterday, according to announcement, the pretty little Church of All Saints was opened tor public worship. Long before the hour for commencing worship, the place was densely crowded, and seats had to be placed along the aisle, and wherever room could be found for them… The church is one of the prettiest specimens of religious architecture to be found in any or the Colonies. Its style is that of the early English towards the latter part of the 13th century. It consists of a nave 60 feet long and 28 feet 6 inches wide; with chancel 22 feet long and 17 feel wide, separated from the nave by an acutely pointed arch. There is an arch also either side of chancel—the one on the north side communicating with the vestry and filled by a wooden screen of open tracery. The one on the south side, next Macquarie-street, leads into a bell turret, through which there is a private entrance into the church. The turret rises to about the level of the ridge of the nave roof, and is surmounted by a spire, the whole height of which is 63 feet above the level of the street. The main entrance to the Church is through a porch near the south west angle of nave….The nave is filled with open benches of pine, stained and varnished, and afford accommodation for 300 persons. The walls are built of brown stone, with white stone quoins and dressings, which forms a very pleasing contrast, and one we hope to see imitated. The architect is Mr. Henry Hunter; and his design was selected as the best from a number which were sent to the Building Committee. The Church reflects the highest credit on his abilities as an architect; and we have heard competent judges pronounce it to be a perfect specimen of architecture….”.

The original wooden church was retained for use as a Sunday school. It was later used as the verger’s cottage after a new Sunday school was built in 1877.

In 1919 a report published in The Mercury marking All Saints’ 60th anniversary adds a few further details about the church’s construction:

“It is interesting to note that the stones for the new building were all shaped before being brought to the site, and in accordance with a clause in the contract all the workmen were assembled for prayers each day before beginning work… It is not generally known that the building…consisted originally of nave and chancel only. In 1863 the side aisle was built at the sole expense of a generous benefactor of the church, Mr. A.. Kennerley, and the organ, which had been erected the previous year, was removed to a transept in the side aisle. At a later date, the organ was moved to the organ chamber at the east end of the church (previously used as a choir vestry), where it now stands. The side transept was for many years used to accommodate the troops of the Permanent Force, who attended All Saints Church regularly on Sunday mornings. Last year the transept was converted into a chapel in memory of those who fell in the war, and was dedicated to St. George, the patron saint of England. The chapel is used for the daily services of the church….”. 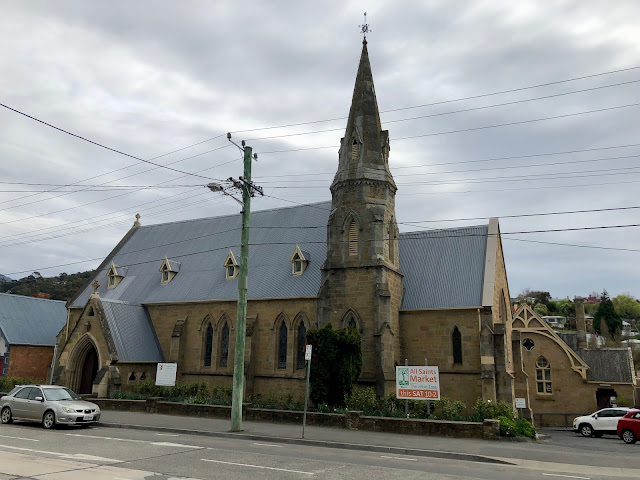 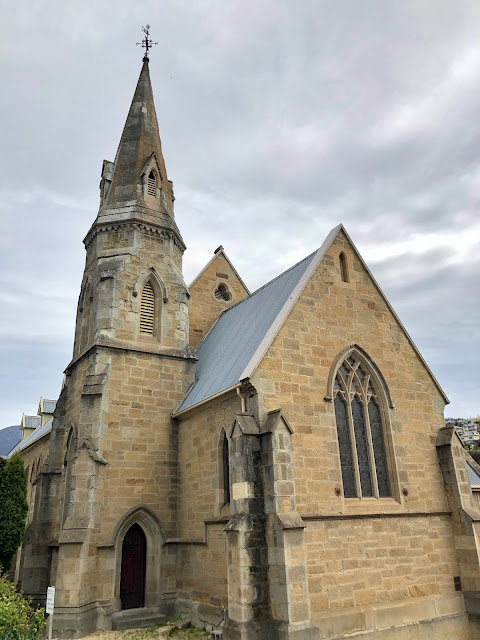 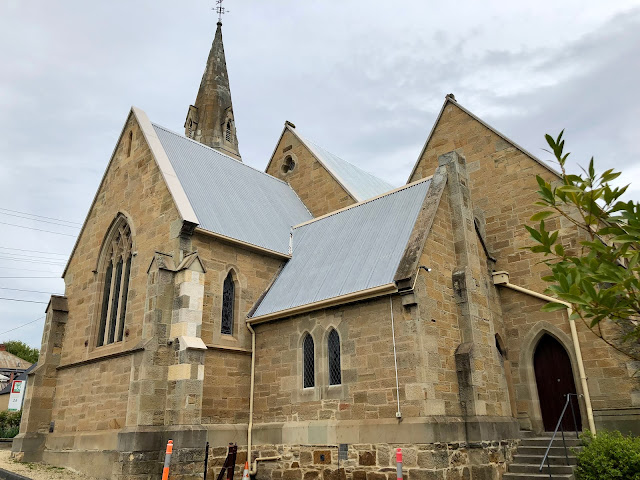 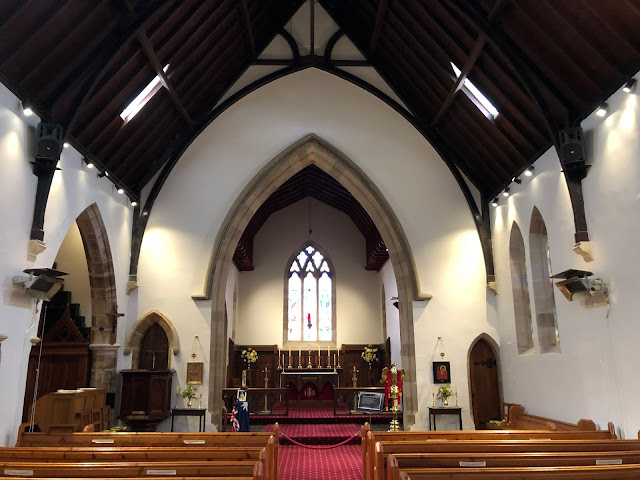 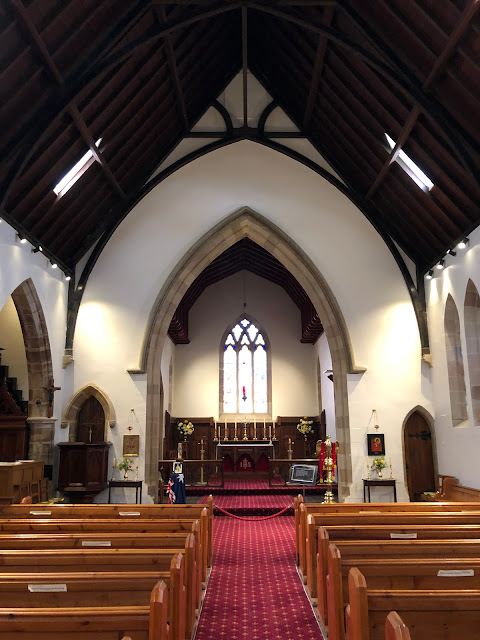 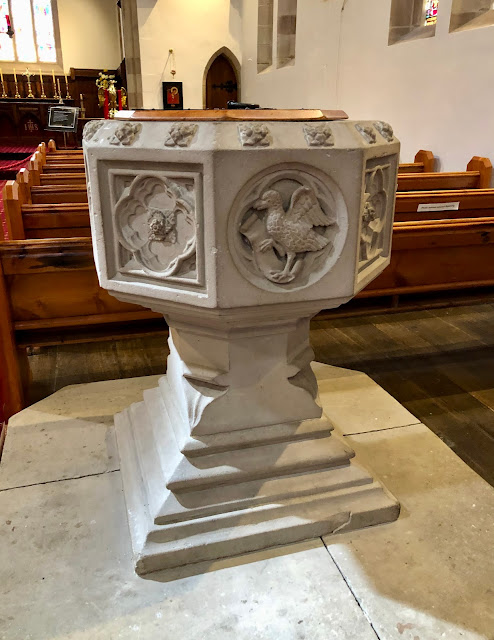 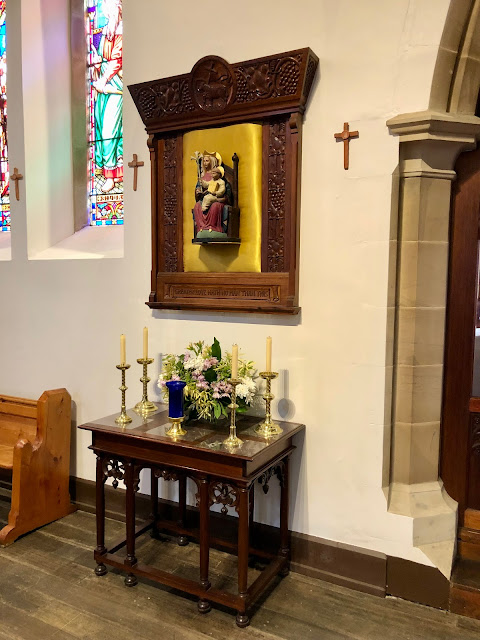 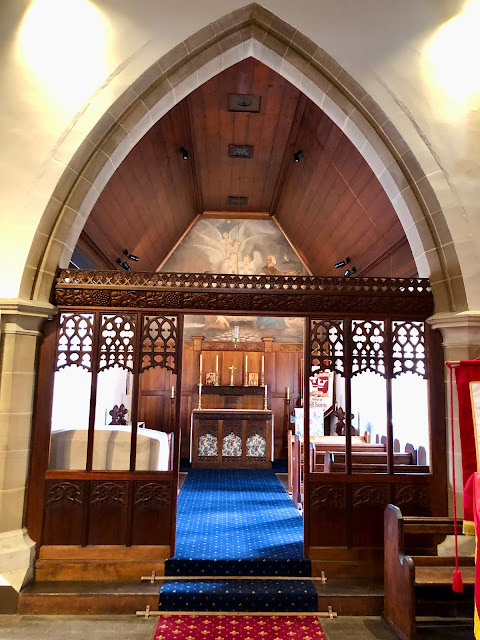 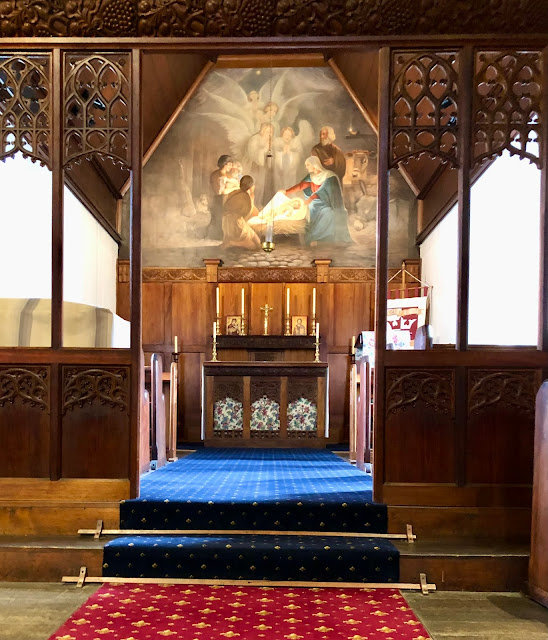 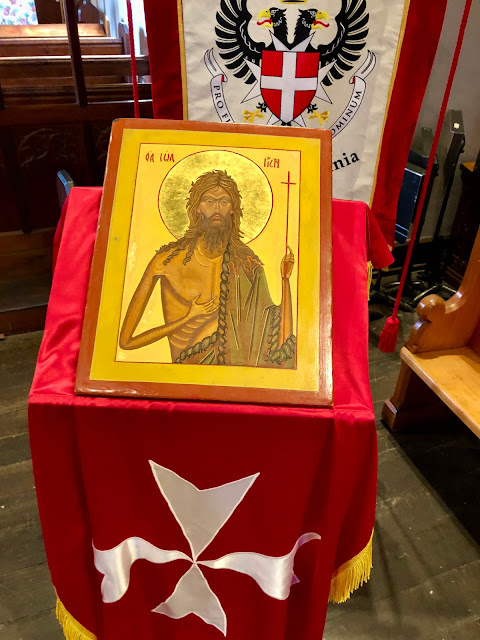 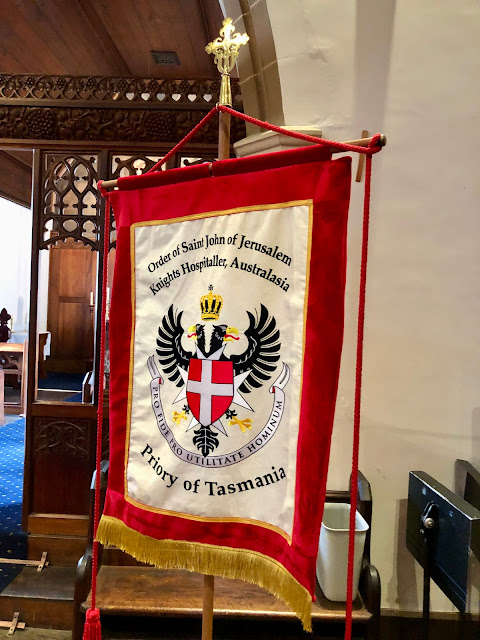 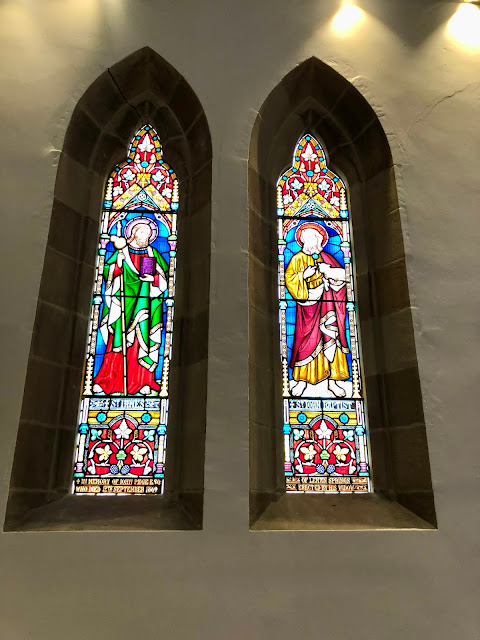 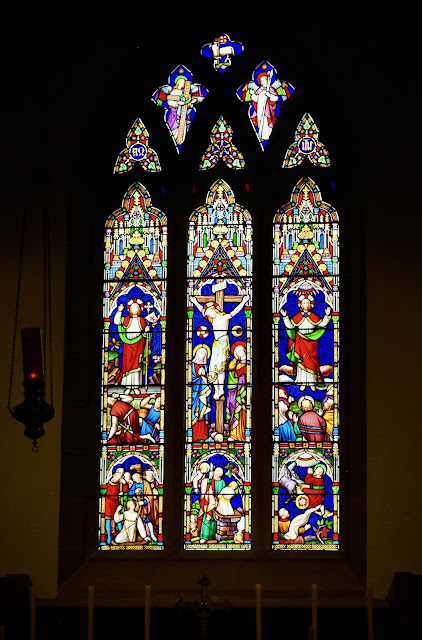 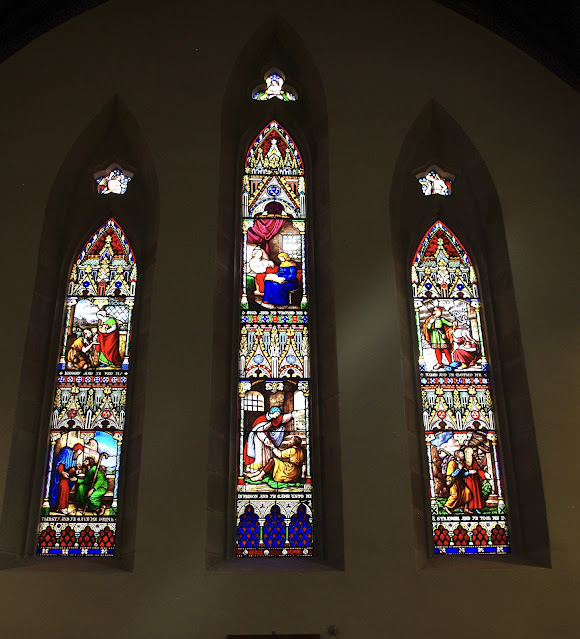 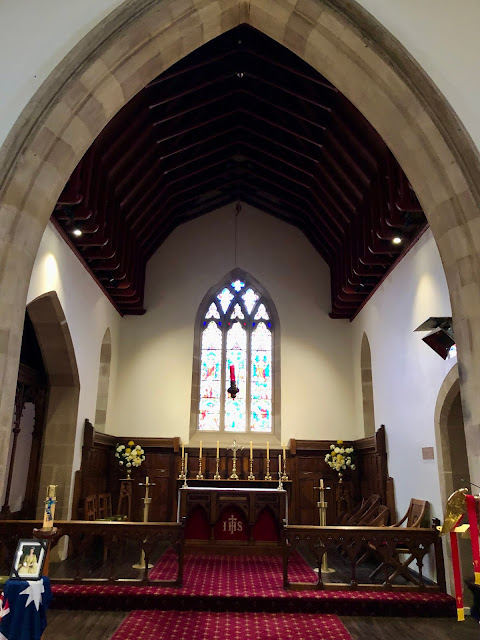 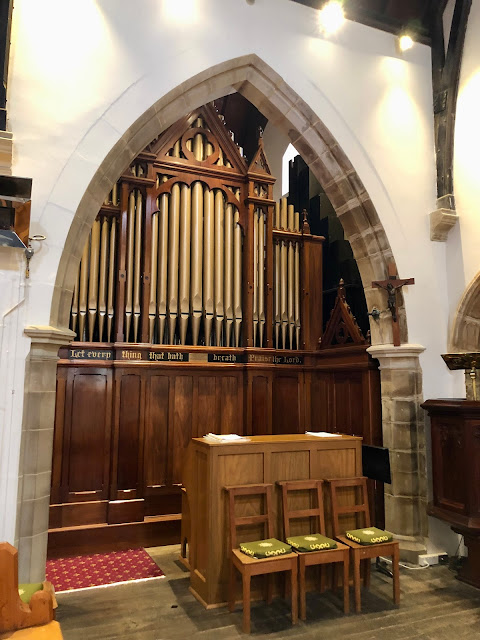 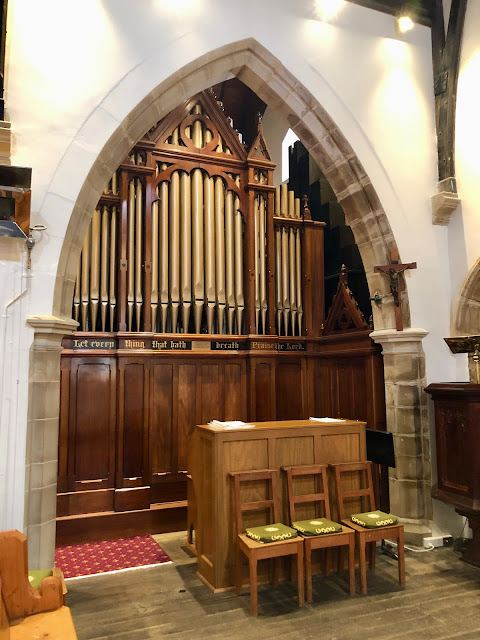 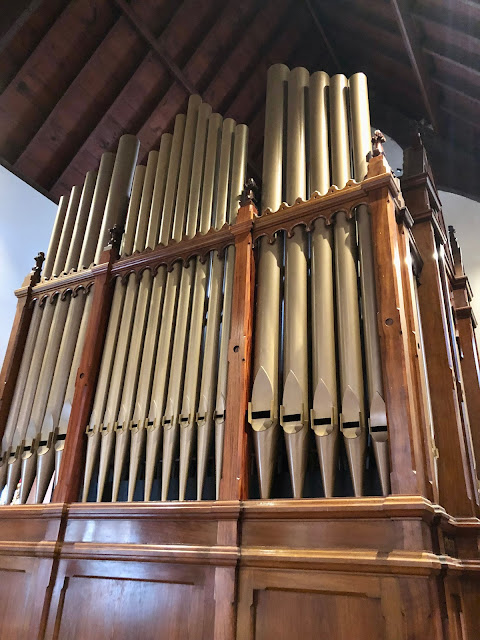 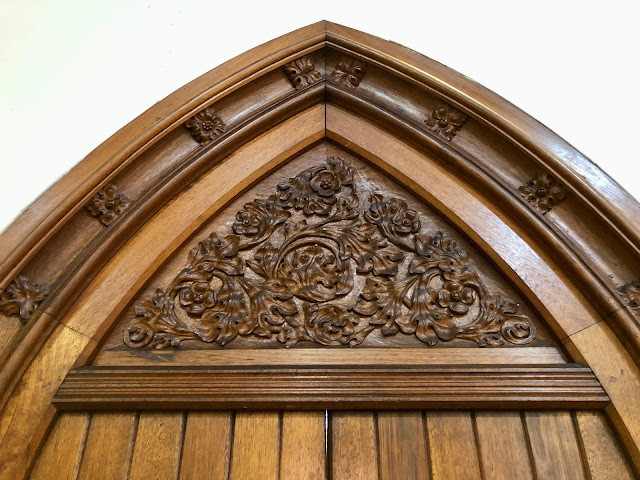 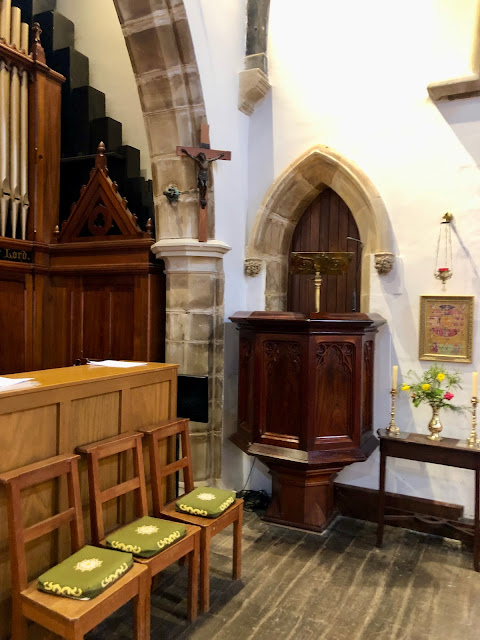 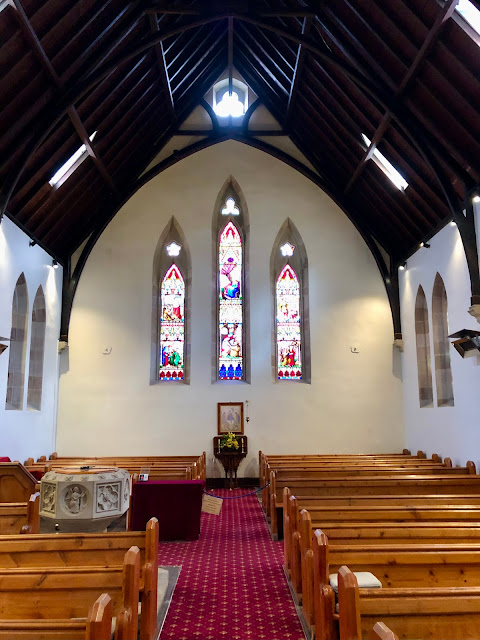 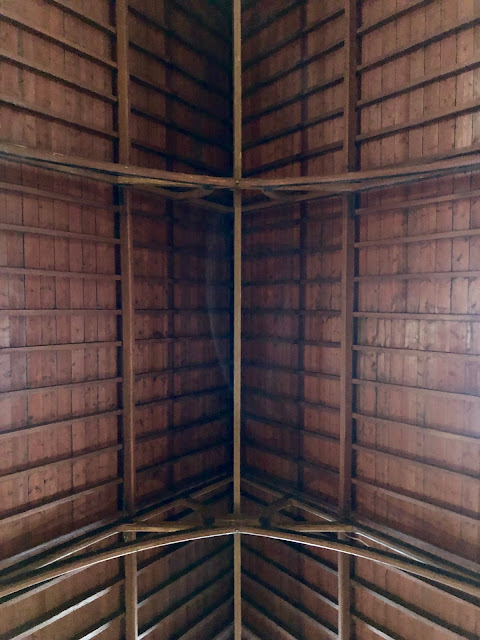