- January 02, 2023
This is one of a series of articles that explores Tasmanian places of worship other than Christian churches. These buildings include mosques; synagogues; temples and gurdwaras. At least seven 'non-Christian' religious denominations have purpose-built places of worship in the Tasmania.

Tasmanian data from the 2021 census reveals that there are almost 5000 people who identify with the Islamic faith. However, the State has only two mosques, one at Kings Meadows in Launceston, and the other, Tasmania’s first mosque, in West Hobart.

The Islamic presence in Tasmania dates back to 1807. However, the number of Muslims remained very small until the arrival of post-Second World War migrants. By the 1960s the lack of religious support and organisation was finally addressed:

“In 1968 Muslim students in Hobart founded the first Islamic organisation in this State, the Tasmanian Students Islamic Society, to take care of their general and religious concerns. The need for a broader organisation representing the entire community gave birth to the Tasmanian Muslim Association in 1973, committed to promoting the religious, cultural and social interests of the community, including the establishment of an Islamic Centre-cum-Mosque. The Association was incorporated in 1976 and as the Islamic Council of Tasmania became affiliated to the national Islamic organisation”. (1)

Hobart's first mosque was established in a house on Proctors Road in 1973. This was soon after relocated to a house in Fitzroy Place. In 1985 the mosque moved into to a late-Victorian house on Warwick Street, West Hobart. The building, which stood on a quarter of a hectare of land, had previously housed a private school and a nursing home.

By the turn of the century, the growth of Hobart’s Muslim population meant that the old Victorian building was unable to accomodate all worshippers. Consequently a new purpose-built mosque was erected at the rear of the Warwick Street block.
The building was designed by architect Mr Michael Cooper, who provided his services without charge. The foundation stone was ceremonially laid on 19 October 2001 by The Honourable Dato' Effendi Norwawi, The Minister of Agriculture of Malaysia. The building was completed in 2005 at a cost of $676 000. The Mosque, or 'Majid', was officially opened on 20th November 2005.
The Mosque's first Imam, Sabri Samson came from Malaysia as an eighteen year old to study at the University of Tasmania. In 2001 Imam Sabri Samson was awarded the Centenary Medal by Queen Elizabeth II and in 2008 he was recognised in the Australian of the Year Awards.
Although the mosque was designed to accomodate 300 people, continued growth of the Muslim community has resulted in attendees at Friday prayers using the adjacent car park. 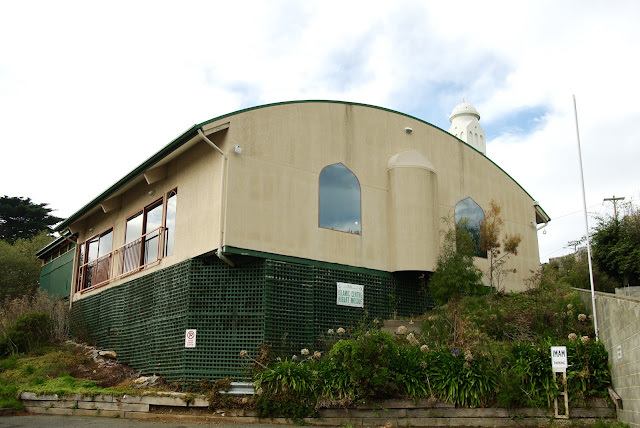 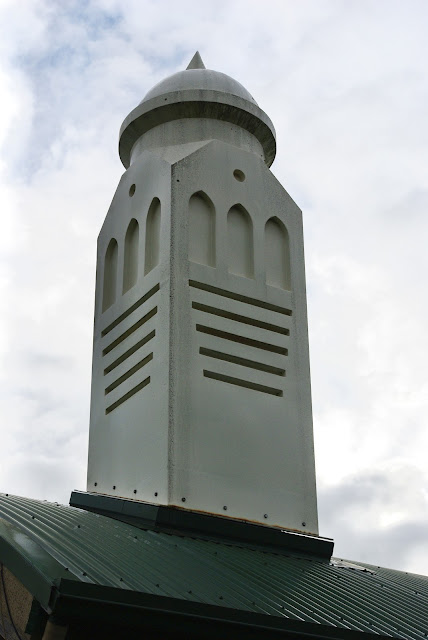 Sources and websites of interest: