- May 04, 2021
South Riana is a small rural settlement approximately 20 kilometres south of Penguin at the junction of Pine Road and Masters Road. The settlement was started as a base camp for loggers and cutters before becoming a centre for the surrounding agricultural district.

The history of South Riana’s former Anglican Church Hall is that of a very well travelled building. It began as a church built at to serve the townships of Ellenton and Cuprona [see No. 743] and completed its journey at West Pine [see No. 686] where the building, now a house, can be found today. This article’s focus is on the middle part of the church’s journey when the building was used as an Anglican church hall at South Riana between 1921 and 1944.

In April 1921 The Advocate recorded the removal of the church from Cuprona to South Riana:

“A start has been made with the erection of the church hall for the Church of England. The site - an half acre on the mill road, just below the residence of Mrs. J. J. Barker - was cleared recently, and Mr. Frank Walker is now putting in the foundation. . The hall is to be removed from Ellenton, and re-erected at South Riana. Workmen in charge of Mr. A. J. Grice have dismantled the building in sections, and the teams are coming from South Riana early on to Monday to take it away. It is expected that once on the site there will be plenty of willing helpers, and that the hall will be ready for opening about the second week in May. The district generally will appreciate having a hall large enough to supply all needs. This has been a long-felt want”.

The church hall was officially opened on Sunday 8 May. The Advocate published a brief report describing the occasion:

“The opening ceremony; and harvest festival, of the South Riana Anglican Church took place on Sunday, when the building was packed to the doors. The Rev. W.R. Barrett preached an appropriate sermon, and warmly commended the South Riana people upon having the church in their midst. On Monday evening a concert, coffee supper, and sale; of gifts, followed by a dance, was held, and proved a brilliant success, the takings amounting to £20….”.

The church remained at South Riana for only a brief 23 years before it was moved for the final time. In 1944 it reopened at West Pine where it was dedicated as the Church of the Ascension. 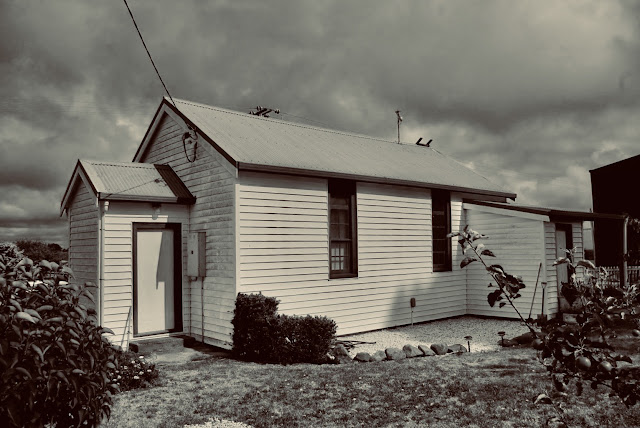 The former South Riana church at West Pine has been converted into a house. 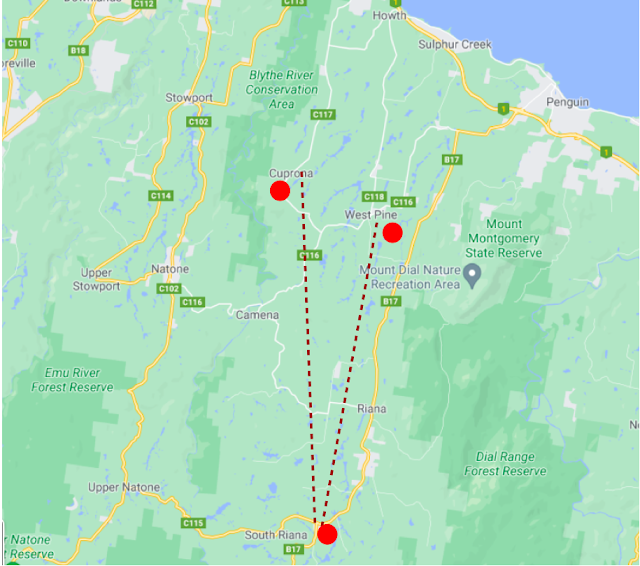 The map shows the three locations of the church over a period of more than 100 years.