- August 30, 2020
New Town is a northern suburb of Hobart that is both a residential and commercial district. It was once seperate municipality but was absorbed into greater Hobart in the 1930's.

St Bede’s was established in 1934. I was previously a Church of England mission hall at Lenah Valley [See No. 751 ] It was moved to the Cressy Road site as “there was no place of worship in that neighbourhood. It was dedicated to St Bede by Bishop Hay on Sunday 28 October 1934.

The final service at the church took place on 5 January 2008 and it was deconsecrated in the same year. The building was later sold and converted into a house.
Additional information about this church is welcomed as all articles will be updated. I can be contacted through this page or my Facebook page "Churches of Tasmania" which is linked here: <Churches of Tasmania> 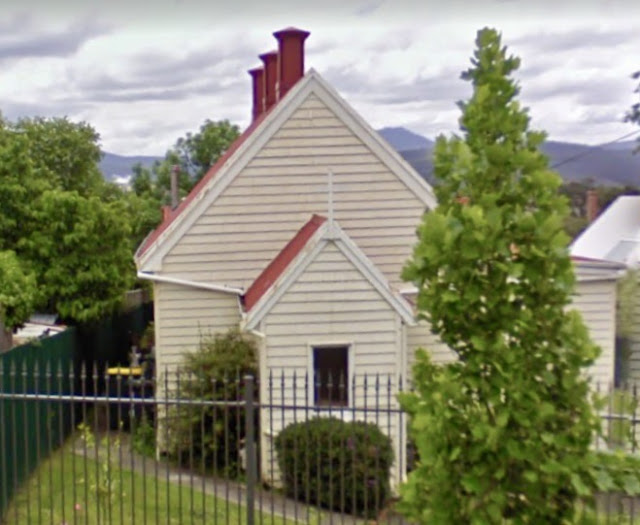 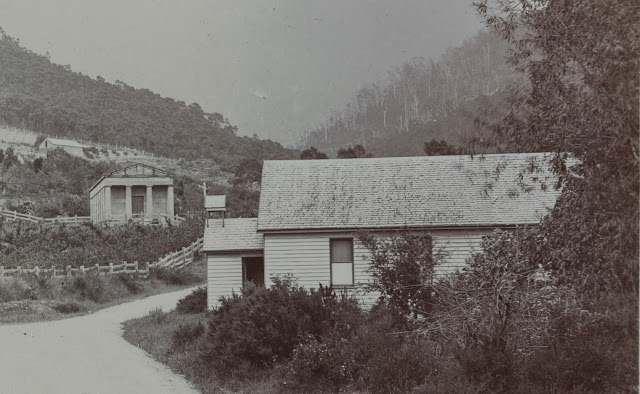 The Kangaroo Valley Mission Hall with the Lady Franklin Museum in the background - Detail from a
photo by W. Little. Source: Libraries Tasmania