- September 15, 2020
Coningham is a small settlement 3 kilometres south east of the town of Snug. Previously known as ‘little Snug’ it was renamed after a County in Buckingham, England. The only church at Coningham was a chapel located at Montgomery Park, a former Anglican Youth and Conference Centre.

In 1947 Mrs Hedley Allen donated land to the Anglican church for the development of a youth centre at Coningham. Mrs Hedley requested that it be named Montgomery Park in honour of the fourth Anglican Bishop of Tasmania, Henry Montgomery, as well as his son, Field Marshall Bernard Montgomery.

In November 1947 the Mercury reported:

“Two and a half acres of land at Little Snug, given by Mr H. Allen, of Snug, for a youth and recreational centre, is to be known as Montgomery Park….This was announced by the Bishop of Tasmania (the Rt Rev G. F. Cranswick) at an informal gathering of youth leaders in Hobart on Monday…. Announcing acceptance of the offer by the Church of England,…. plans for clearing the land and building a hostel would be put in hand immediately…”.

The original building on the site was an old wooden shack which was replaced in 1954 with a brick building and a wooden dormitory. These buildings were destroyed in the 1967 bushfires and were replaced by a modern complex including a conference centre and other facilities. In 1990 St Stephen’s Anglican church, located at Rowella, in Northern Tasmania, was moved to Montgomery Park for use as a chapel. [See No. 341]

Montgomery Park later became the headquarters of “Mission Afloat”, a mission initiative of the Anglican Diocese of Tasmania. The Mission’s aim was to:

“Educate children and others in some of the basic skills of seamanship and craftwork and to open their eyes to the recreational opportunities available in our coastal communities, while existing in harmony with our environment and neighbours, and living within our means… and to endeavour to follow Christ, model a loving community and show by our example the way He would have us all live”.

Several vessels were acquired by the mission including a patrol boat, the Abel Tasman, a ketch, the Aubade, and the Curlew, a former naval minesweeper.

In 2010 Montgomery Park was sold by the Anglican Church. In February 2010, the Anglican Vicar-General, the Reverend Chris Jones, explained the reason for this in an interview with the ABC:

"The Synod of our church had been battling for some time to adequately resource youth ministry,….and what they decided was that the campsite that was held for a number of years should be sold and the monies invested and the interest thereon be used for youth ministries across the state.”

Montgomery Park is now a privately owned facility which continues to cater for groups. The chapel remains on the site. 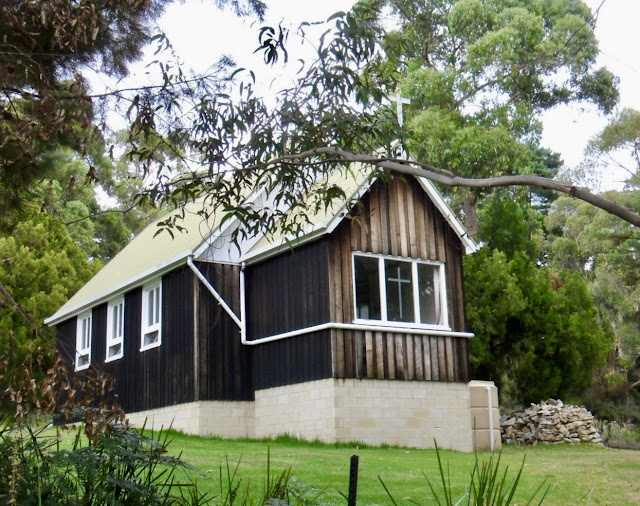