- October 30, 2021
West Hobart is an inner-city suburb of Hobart immediately west of the city centre. The suburb occupies the high ground below Knocklofty Hill.

The West Hobart parish was former in 1844 being carved from sections of St David’s and Holy Trinity parishes. The parish’s first church was built in 1845 [see No. 992] and this building became a Sunday school following the opening of St John the Baptist in 1856.

The ‘new’ church was built at a cost of £4300 and was designed by Frederick Thomas who modified the original plans drafted by George Edmund Street. Construction began in December 1852 and building was completed in three years. The church was consecrated by Bishop Francis Nixon in May 1856.

In 1902 problems with the foundations which supported the chancel resulted in this section of the building being demolished and rebuilt. The rebuilt section was designed with additional height and included an organ chamber and a vestry.

The church is built in the Gothic-Revival style. A window in the north east corner of the church was donated by a son of Lieutenant Governor George Arthur.

In 1976 the West Hobart parish merged with St Michael and All Angels. St John’s was closed in 1997 when the parish of West Hobart was joined with the parish of St Peter’s Sandy Bay to form the Bay West parish., In September 1998 the church was deconsecrated and the building sold. The building is now accommodates private residences.
* All the colour photographs were taken in July 2021. 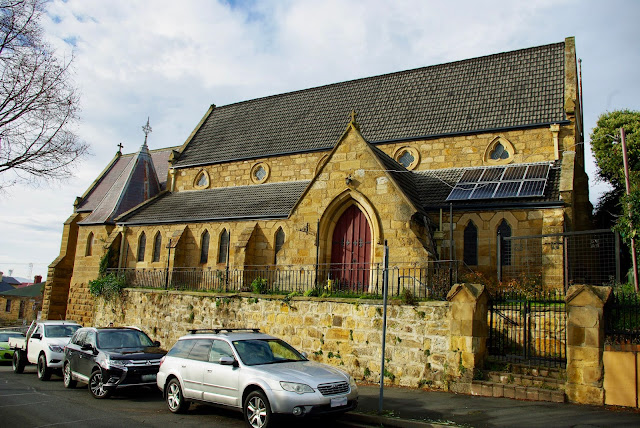 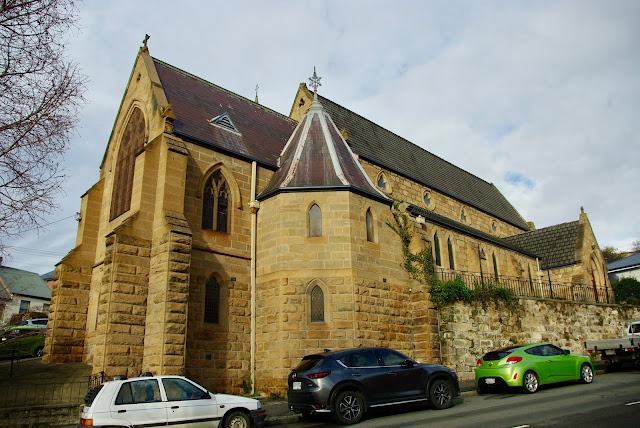 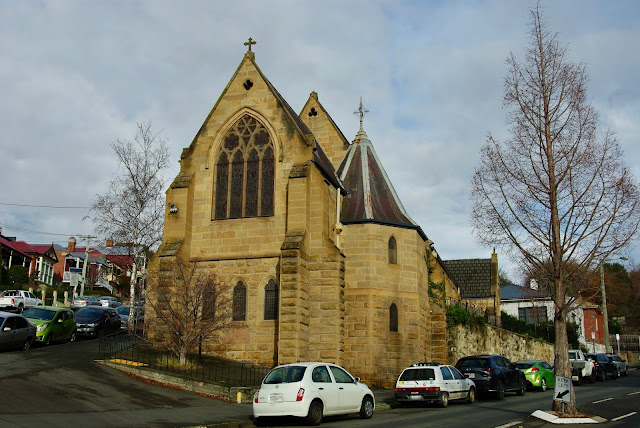 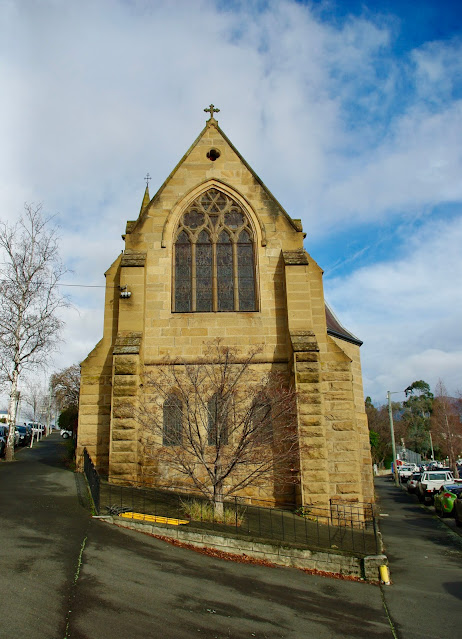 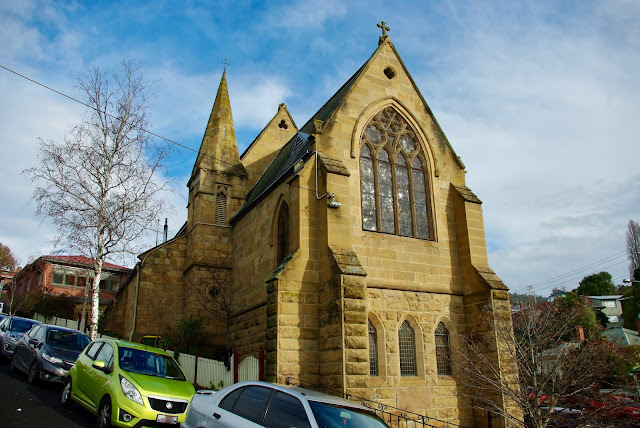 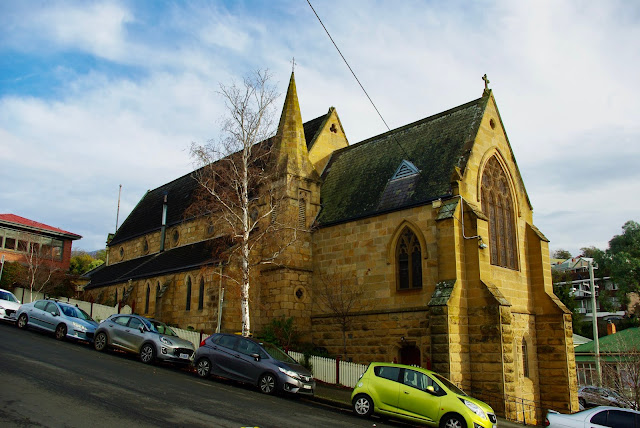 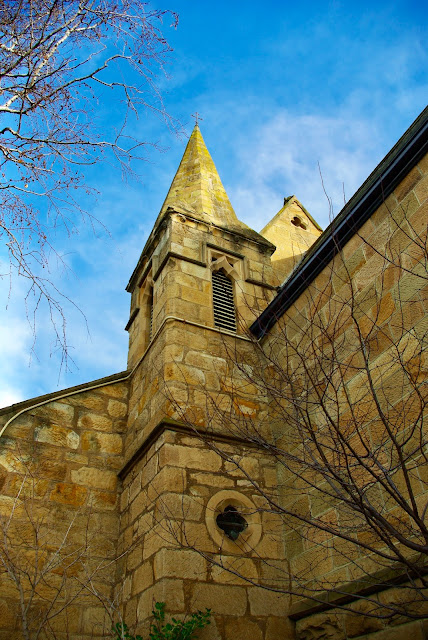 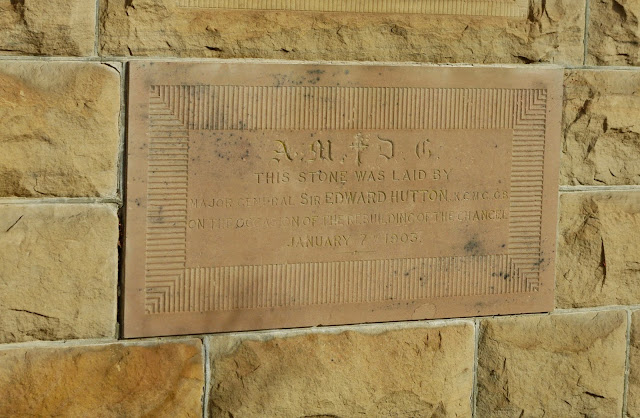 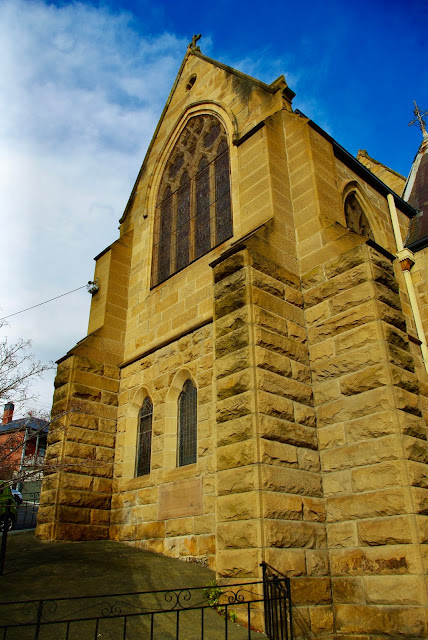 The original church is visible in the distant centre-right of the photograph.

Sources:
Henslowe, Dorothea I. and Hurburgh, Isa.  Our heritage of Anglican churches in Tasmania / by Dorothea I. Henslowe ; sketches by Isa Hurburgh  [S.l  1978
Stephens, Geoffrey, The Anglican Church in Tasmania: a diocesan history to mark the sesquicentenary, 1992, Trustees of the Diocese, Hobart, 1991.
1850-1859 Anglican Hobart