- July 13, 2022
This entry is another in a series of articles about buildings associated with some of Tasmania’s most significant churches. These buildings include Sunday schools, parish halls, convents, schools and residences of the clergy. Ancillary buildings are often overlooked and are rarely featured in published histories. My aim is to create a basic record of some of the most significant of these buildings, including those which no longer exist.

New Town is a northern suburb of Hobart. It is also one of Hobart’s oldest suburbs and consequently the area contains many historic churches. New Town became a municipality in 1907 but was absorbed into Greater Hobart in the 1920s when its municipal status was relinquished. In the late 1850s, New Town’s first Wesleyan Methodist chapel was built at a site on Pirie Street. [see No. 873] It was used for only seven years before it was replaced by the landmark church at the intersection of Cross Street and the Main Road. [see No. 894] The church opened for its first services on Sunday 26 August 1865. A parsonage was built alongside the church in 1888 followed by a Sunday school in 1892.

The foundation stone for the Sunday school was ceremonially laid on Wednesday 23 March 1992. The Hobart Mercury reported:

“The Sunday-school has been in existence for a period of 33 years, during which time the work has been carried on in the church building. During recent years, however, the numbers have increased to such an extent that it has been found necessary to make other arrangements in order that the scholars might be conveniently accommodated, and after careful consideration the trustees decided that a school should be built”.

“The success of the ceremony was somewhat marred by the unpropitious weather which prevailed during the early part of the afternoon, but notwithstanding the ruin a large number of people assembled in honour of the event…The stone was laid by Mr. W. H. Coe, a handsome mullet and trowel being presented to him on the occasion….The school, which is to built of stone, will be 60ft. in length, 20ft. in width, and the cost about £900, and will accomodate 350 children. The contractors are Messrs. D. Williams and Cooper Bros., and the architect Mr. G. Fagg…”.

The Sunday school was officially opened on Wednesday 21 September 1892. A description of the newly completed building was published in the Mercury:

“The building situated at the rear of the church is designed in the early Gothic style, and presents a substantial and attractive appearance. The material used for the general facing and construction is hard freestone from a Risdon quarry, the window and door jambs, and the buttresses being polished, the rest of the work neatly picked and pointed in blue mortar. The chief entrance is by a porch at the side, two other doorways being provided for future addition of class-rooms (which are included in the original scheme, but left in abeyance until sufficient funds are forthcoming), but which doorways are available for exit in case of need. The roof is covered with slate. The interior is lofty and well ventilated, and the floor space measures 56ft. x 25ft. in the clear. The roof internally is lined with clean pine, slightly tinted und varnished, and the walls are stuccoed in a self colour which presents very much the appearance of stone, and renders further decoration unnecessary. Beneath the stucco all round the building a dado of narrow kauri pine, with a moulded capping and simply varnished, forms a good finish, The windows have thick diamond plate glass with iron sash bars, the upper portions being made to open…The platform extends the whole width of the room, the front being formed in kauri pine to match the dado. As it is intended that the room shall be used for general meetings as well as for Sunday school purposes accommodation is provided for 300 persons by very comfortable and strongly constructed seats with backs made of kauri pine and varnished, harmonising with the other wood work”.

While provision was made for the extension of the building, this did not proceed due to lack of funding.

In 2005 the church and the Sunday school were sold. The building is virtually unaltered since it opened 130 years ago. 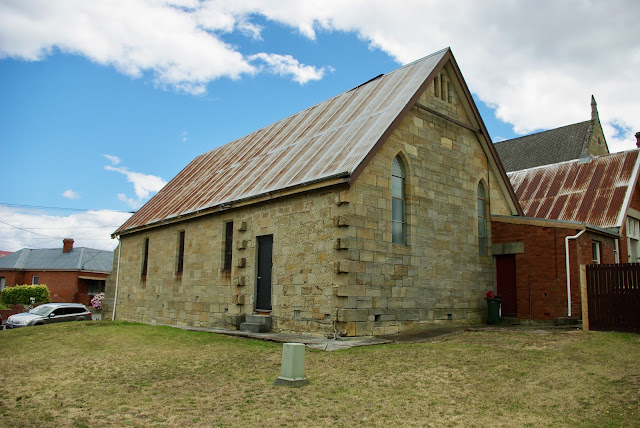 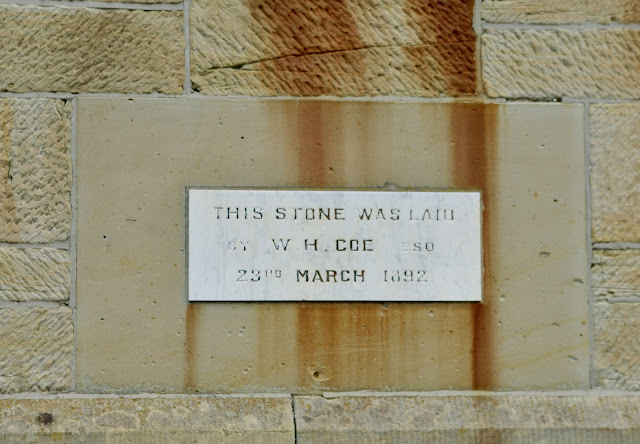 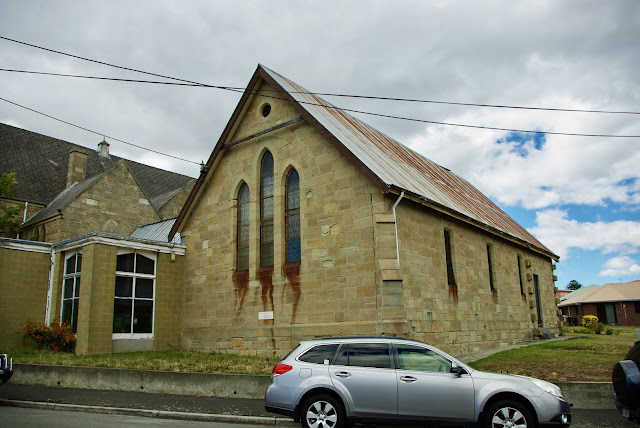 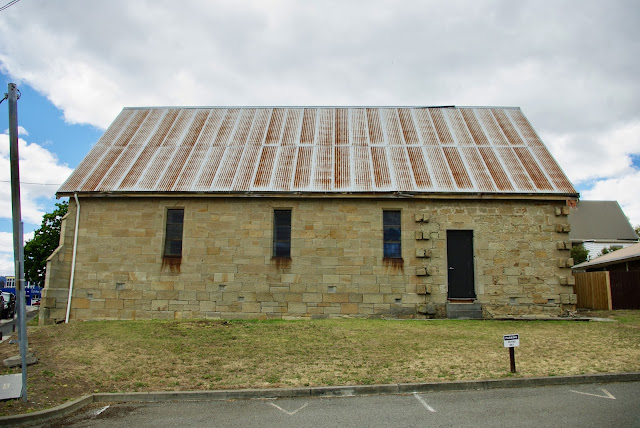